A Thought for every Thursday

Welcome to the first installment of my new weekly series, A Thought for Every Thursday.

Every Thursday here at Tessera Guild I’ll pose a question (or several) regarding a specific current event, a modern moral issue, or a philosophical conundrum. Instead of answering it myself, I’ll look to you for the resolution.

Oh, and I promise it’s all in good fun.

Sometimes it’s something we can all agree with.

And sometimes not so much.

Whenever this happens, there’s often a messenger, aka a person or people who said or did something unusual.

Like that time Martin Luther King gave a society-changing speech.

Or when the Cold War ended.

Or when (insert celebrity name) said something controversial about (insert a touchy subject.)

Often when this happens, the message becomes secondary to the messenger. As in, the person or people who said or did something fall under more scrutiny than the actual thing they said or did.

So this week’s question is:

Is it fair to ignore a thought-provoking or hard-to-hear thing if the person saying or doing it is less than awesome? Should an important cultural commentary be shrugged off if people don’t like the messenger or the way the message is being delivered?

Should all the attention be paid to what is being said or done, and not to who the messenger is?

What do you think?

Is it ever fair to shoot the messenger? 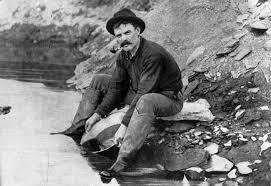 Kudos to anyone who gets the correlation.