Dragoncon 2016 – The Good and Other Thoughts

Last week I talked a lot about the bad stuff that went down at Dragon Con this year. These are obviously not crazy problems, and I completely understand that. More it was as much about having that moment where you just say “this is going to be one of those weekends” and it happened to be this particular one.

That said, I do have some thoughts about the convention below that occurred to me as I was waiting in the fabulous Line Ride(s). 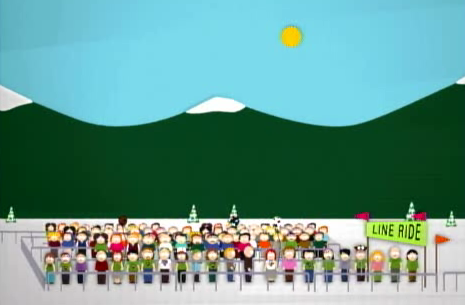 But first, The Good…

On Saturday we saw the Legends of Tomorrow panel where I got to see a man dance like he might have been Michael Jackson in a previous life. Considering he plays Hawkman, a character whose whole gimmick is reincarnation, it was somewhat fitting. I discovered that the man who plays Vandal Savage (Casper Crump) might actually be Vandal Savage in real life (or more to the point, just frickin’ owns the role!). I realized that the cast realized they might have a drinking game on their hands with the number of times Kendra (Hawkgirl) says “But I was a barista only 3 weeks ago!” Something Robert had brought up the day before (that I hadn’t really noticed). 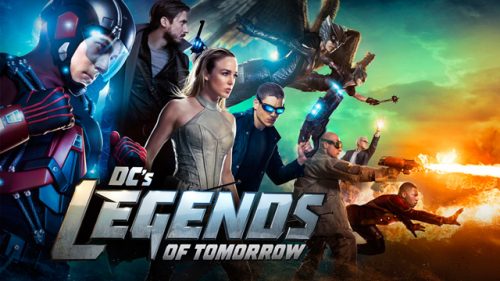 Oh, and the complaint about not getting the line in quick enough from last week? Apparently that was not a problem for this panel as we got moving 15 minutes before the panel started and were seated by the time things got started.

Maybe it is a hotel thing?

I sat in a number of writing panels where I either learned something or it helped to reinforce some things I knew, but haven’t yet put into proper practice. I like to think of those panels as a nice way to get recharged for the rest of the year. You have all these people who just want to get their ideas out there, tell their stories, and hope someone enjoys them.

Even on Sunday, we had no problems getting into the vendor’s room, and the extra floor really helped to let things breathe a little bit more. That’s probably the single best thing from the convention expanding into the America’s Mart buildings these last couple of years.

Like I said before, while it might have started out rough, we came home on Sunday with smiles on our faces, already looking forward to next year.

I do have a couple of thoughts about Dragon Con and where it might need to go eventually. Again, I’ve been going to Dragon Con virtually every year since 1993. And I know I’m probably in the minority on this, but during those moments when you can’t move due to the sheer amount of bodies in a building, where you can’t get into a panel without having to wait an hour plus in a line, and where there is even discussion about what a Fire Marshall might require.. it might be that Dragon Con is TOO BIG.

I’m not sure of the attendance numbers, I do feel that Dragon Con has gotten bigger and bigger over the last 4 or 5 years. When it gets unpleasant for people to be there, that’s not really the goal, is it?

Maybe they should consider a couple of things:

Capping attendance. Not sure if that is through only having pre-sale 4 day passes or something. I know they want to be able to serve everyone who wants to come, but enough is enough.

Or maybe this Con needs to move to a bigger venue. Yes, we all love that it’s in the hotels. It means that when you are sore and tired (and have a room), you can go upstairs and take a rest. But one of the things hotels create are choke-points. The sky bridges are natural choke points. Everyone is in costume, and it’s awesome, but I can’t move from one building to another because there is no flow. So many times it becomes salmon swimming upstream.

This year we were lucky to not have rain most of the weekend. When it rains no one walks the streets and the hotels cannot handle it. It becomes a complete mess.

Now used to be, before the Chick-fil-a Kickoff game didn’t exist, I thought “Hey, move to the World Congress Center, we’d have the space and everything would be in ONE BUILDING (effectively)”. Currently the Con is now in 6 buildings over like 5-6 blocks.

Come on. That is far too many.

Now that the football game exists, I don’t think being over there would be the best idea. We’d be on top of the football tailgaters. And while I love the looks on the people from out-of-town as they gawk at the cosplayers, we’d just be over crowed somewhere else.

So my solution, assuming the World Congress Center would work otherwise, is to move the date of Dragon Con. It’s not unprecedented. Used to be it was in mid-July. If you moved it, you’d be asking people to take that Monday off (instead of having the built-in holiday), but I’m not sure that would really be the issue. Monday is kind of hit or miss most years (we normally use that day to recover, but maybe we’re in the minority). Find that weekend where you are the only BIG THING in town.

Now maybe that would mean a slight dip in attendance, but I’m saying that may not be a bad thing. If there were 5-10% fewer people there… just something to think about.

And there is another benefit, more hotels available for the con goers. You wouldn’t be competing with the football people for rooms. Heck, could it be possible the prices might drop slightly (probably not, but I can dream).

Note, this is not me dreaming of the “good old days”, just trying to make it a little better before it becomes too big (an odd statement to be sure).

Writer of comics and novels. In 2006 his first short story "The God That Failed" was published by Terminus Media in their debut comic Evolution Book 1. Since that time he has had stories published in Terminus Media's Evolution Book 2 and Evolution Special, Kenzer and Company's The Knights of the Dinner Table, and Four J Publishing's The Burner #3. Currently he is eagerly awaiting the digital publishing of his first creator-owned comic The Gilded Age #1 to be published online as well as his first novel The Dark That Follows later this year.
View all posts by John McGuire →
Tagged  Dragon Con, Legends of Tomorrow, Make it better.
Bookmark the permalink.