In light of the fervor from the billion dollar lottery last week, there’s been tons of talk on the radio, on tv, at my office about winning all that money. Strategies to try and game the system in some way or another. And then the sheer amount of money we’re talking about is something I really can’t even mentally comprehend.

Of course, I’m not greedy. I’d take even a very small portion of that overall amount of money. I mean I could figure out a way to make due with only a couple hundred thousand dollars…

And whenever I find myself thinking that way, I recall a movie which ran on HBO day in and day out for probably a couple of months in the late 80s/early 90s: Let it Ride (spoilers for a 25 year old movie). 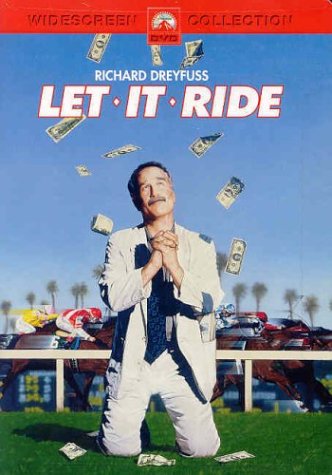 Basically (and this is mostly from memory), Richard Dreyfuss plays a down on his luck guy who probably (definitely) has a gambling problem. Of course, if he won more than he lost, it probably wouldn’t be a “problem”, but sadly he’s not what you’d call a winner. And his wife has had enough of it all. So in an effort to repair what may be left of his marriage he decides to stop cold-turkey and sit down with his wife.

Things get a little sideways almost immediately when a friend of his brings him a tape of someone discussing the fix being in at the local racetrack. Using this knowledge to his advantage, he places a bet, and for once actually wins.

Of course, you can’t give an alcoholic just one drink, and sure enough he can’t stop with one bet.

And that’s the thing, he can’t lose. Not today. Whether it is his luck finally turning around or some kind of divine intervention or just one of those days… he keeps “Letting it ride”, and each time he gets more and more money turning that intial bet into over $100,000.

That’s enough for him. There’s no reason to keep going. I mean that will set him up for a long while (it being a few years salary for him already). And he rushes home to find his wife passed out on the couch… drunk. Seems like addiction isn’t just on him.

But this is the part of the movie I always remember more than anything else. He sits down and takes a piece of paper and starts writing out his winnings on the day… and then figures out the things he can do to help his marriage. Things like buying a new washer and dryer, or maybe a newish car… really any number of things. All those things we all have to do to keep our houses up, our cars up, or just live our lives.

He subtracts it from his winnings and realizes it equals out to ZERO.

All that luck on the day, and really, when it is all said and done… he’s got nothing. Yeah, some debts are paid off, but really… why bother? What’s the point of it all? He has this money he thought would make it up to his wife for all the shit he’s put her through over the years. But it might as well not exist because on paper he’s still got nothing. 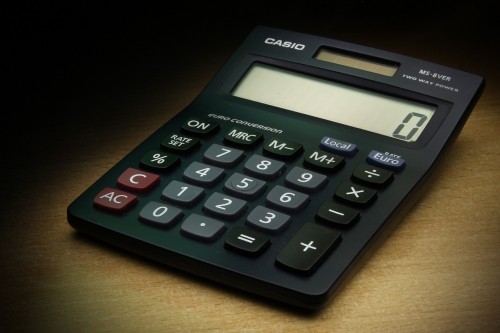 So he decides to head back to the track to make one last bet.

No, this movie doesn’t necessary go into the Jaws realm for me when it comes to Richard Dreyfuss. It’s not in the What About Bob? category either.

I think there is an odd lesson to be taken from the movie. It sounds strange, but that one line comes back to me: 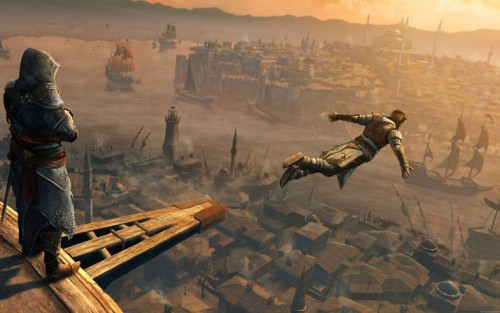 Just a little Leap of Faith…

How will you ever know?

For me, I think I’ve been putting off submitting to agents for those exact reasons. Oh, I have good excuses, and some are very valid, but underlining them all is this weird thing where I’m asking for the approval from complete and utter strangers. The gatekeepers will decide if my query is good enough to read a few pages. And if those are good enough to read the rest of the book.

It’s so much easier just to not do it. Don’t press that SEND button. Don’t bother with such things. You’re good where you are, right?

Exactly. So let’s find out.

Writer of comics and novels. In 2006 his first short story "The God That Failed" was published by Terminus Media in their debut comic Evolution Book 1. Since that time he has had stories published in Terminus Media's Evolution Book 2 and Evolution Special, Kenzer and Company's The Knights of the Dinner Table, and Four J Publishing's The Burner #3. Currently he is eagerly awaiting the digital publishing of his first creator-owned comic The Gilded Age #1 to be published online as well as his first novel The Dark That Follows later this year.
View all posts by John McGuire →
Tagged  John McGuire, Leap of Faith, Let it Ride, Lucky, Richard Dreyfuss.
Bookmark the permalink.