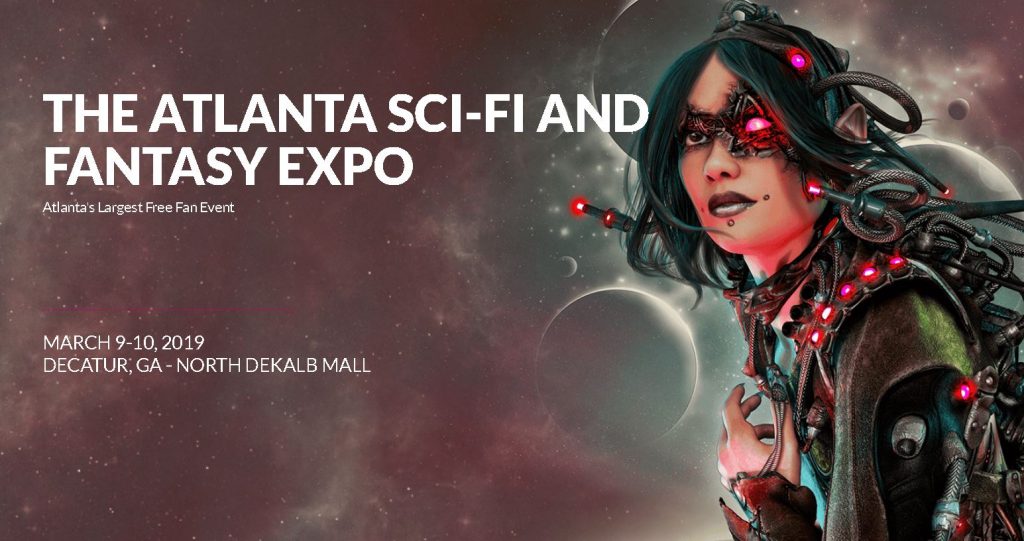 This weekend I will be manning a table at the annual Atlanta Science Fiction and Fantasy Expo.

Here’s the thing that makes this event so cool – it’s FREE to attend. Located inside North Dekalb Mall, you can wander in, walk through the tables and check out the various wares people are selling. Tons of creative types from artists to writers to cosplayers to comic creators and a bunch of other things I’m certainly forgetting about.

I’ll have copies of the Gilded Age Graphic Novel (something that hadn’t come back from the printers in time for last year’s Expo) as well as copies of my novels.

I’m also doing a panel with Robert Jeffrey II on the tv show Sliders at 4 PM on Saturday. So if you were a fan of the show come check us out.

Check out the website to see what other activities they have going on!

Writer of comics and novels. In 2006 his first short story "The God That Failed" was published by Terminus Media in their debut comic Evolution Book 1. Since that time he has had stories published in Terminus Media's Evolution Book 2 and Evolution Special, Kenzer and Company's The Knights of the Dinner Table, and Four J Publishing's The Burner #3. Currently he is eagerly awaiting the digital publishing of his first creator-owned comic The Gilded Age #1 to be published online as well as his first novel The Dark That Follows later this year.
View all posts by John McGuire →
Tagged  Atlanta Science Fiction and Fantasy Expo, John McGuire, Sliders.
Bookmark the permalink.