Prior to 1992, my musical tastes could have gone a few different ways. The small collection of cds that I happen to be cultivating was an eclectic mix of many different genres. Among the first 3 cds I ever had were Aerosmith’s Permanent Vacation, Bell Biv Devoe’s Poison, and Wilson Phillips’ Wilson Phillips. Add to that the handful of tapes I’d bought (Michael Jackson’s Thriller, Def Leppard’s Hysteria, and a pair of “tape singles” featuring Poison’s “Unskinny Bop” and Faith No More’s “Epic”) and it didn’t necessarily tell a complete tale of “this guy is going to be into this type of music”. 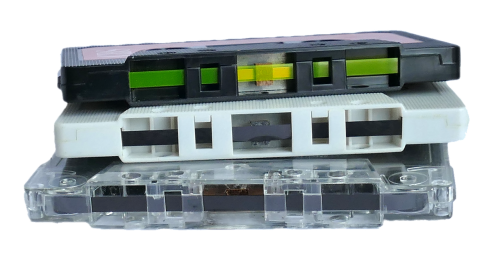 Growing up, my sister and I were somehow convinced, even with MTV, that the radio only had one station. And it only played the Oldies.

Seriously. If every time you got into the car with your parents the station NEVER CHANGED, you might think there was nothing else.

It got so bad that during the summer the Beach Boys put out “Kokomo”, my sister would call the station to try and get them to put on Madonna and when that failed, she’d opt for “Kokomo” (which they would play because it was the Beach Boys).

Fall of 1992 that changed. Chad Shonk for some reason or another brought over a cd to play while we got ready for another night of D&D. And from what little I heard, I didn’t think much of whatever it was. The next morning (or more like around Noon), when everyone staggered out to their cars in order to go home, Chad forgot to grab the cd.

It sat in my player for about a week, never spinning… until Chad requested his property back. So I thought, “I should probably listen to this band for free since he seems to like them.” So I sat on the edge of my bed, powered up my stereo, and clicked play…

I don’t want to do the cliche’ thing of saying that listen changed my life. It’s not like I suddenly went out and bought a guitar and started a band and made it big because of that night. That said, it might be the first album I’d ever heard that I immediately liked on the first listen.

That weekend I returned it to Chad and promptly bought myself a copy of Pearl Jam’s Ten. 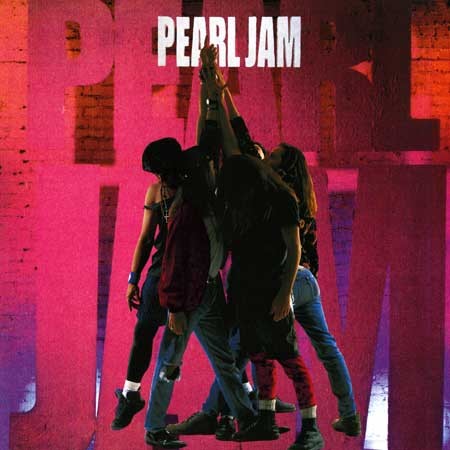 In that following year it was a mad scramble to find whatever we could that Pearl Jam had done. Back in the days prior to the internet telling us the complete discography of every band, we had to go to the “cool” record shops and dig through the bootlegs they might have. I paid $20 for a taped concert just to get 1 song I’d never heard before (turns out it was a Who song). But every couple of weekends the search would begin anew.

A year later, I purchased Vs. on the day it came out (the first time I’d ever done that). I did it again with Vitalogy. I went to the midnight release of No Code and Yield. Each time I have a slight fear before I press play on the new album. I worry that this will be the point they lose me. I worry that they will become another band that I “liked”. I worry I’ll become one of those fans who, disappointed with the “new stuff” goes on and on about how they used to be good… or whatever happened to those guys or even worse “I wish they’d stopped X albums ago”.

Yet, it hasn’t happened yet. Sure I like some songs more than others, but overall they have yet to disappoint.

In those early days, if I had to chose my side in the Pearl Jam vs. Nirvana grunge war, there was no question where my allegiance was going. I bought Rolling Stones with them on the cover, scanned MTV for any word or bit of news about the band. When Cobain committed suicide my first thought was whether Eddie Vedder would be next (and selfishly thinking about all the songs I would never get to hear if that happened).

While in college I discovered that I could download some of their concerts… so I did. So many concerts (dozens)

I’ve written about my first real concert with them (at the Fox Theater in Atlanta) here. Not only is it my favorite concert of all time, it still is the concert I judge all others by.

I’m lucky too that my wife loves them too. That she’s seen them with me every time I’ve seen them. When they were boycotting Ticketmaster, Courtney and I drove up to Charlotte, NC to see them and then drove home after the concert. 10 years later we did something similar in Columbia, SC, with me somehow finding my way home through blurry eyes. She was the one who scolded me when my Fan Club membership accidentally lapsed and we had to get tickets for the 2000 show like “normal” people.

Look, I make no claim to be Pearl Jam’s biggest fan or anything like that. From reading blogs breaking down every song in their catalog, to reading about the concert exchanges online from various traders… I haven’t reached that level of obsession. I’ve never followed them around on tour (nor have I ever seen more than 1 show on any of their tours).

I do have a spreadsheet showing every concert I’ve been to and the set lists laid out so that I know which songs I have heard in concert and which songs I still need to hear (“Oceans” and “Breath” are two I have never seen from the Ten era that I’d love to be played). Also on this spreadsheet is every song they’ve ever put out in an effort to make sure I have all their songs.

I take offense when I read on a forum about how the show I happened to go to wasn’t as good as the one in X place. That the set list wasn’t as “cool”, or that it was too “paint by numbers”, or even that the crowd “wasn’t as into it”.

So there is a bit of an obsession.

And I believe in fandom. Heck, I read comic books and watch TV shows and go to conventions that are only based on fandom. I believe that while we can LIKE a great many bands, we can only LOVE a select few. Pearl Jam is at the top of that mountain for me.

I love the fact that songs which meant one thing to me in my teens might mean something different to me now. 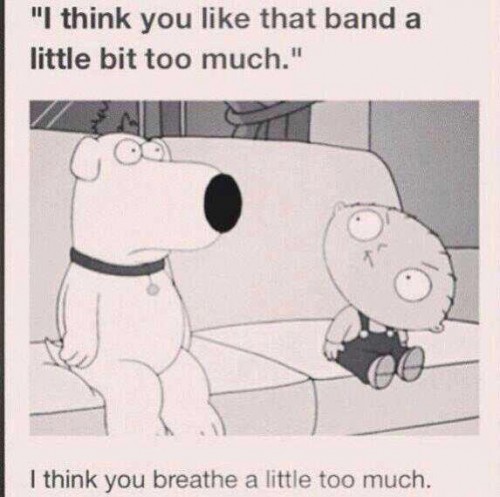 In a couple of days I will be seeing them again, for the 9th time (I can’t count Lollapalooza 1992, we only saw 2 songs and it was about a month before Chad brought Ten over), having again drive to Columbia, SC from the suburbs of Atlanta (I still don’t quite understand why Atlanta gets skipped on these southern tours every other time). I don’t have any expectations as this will be the first show I’ve seen not on the heels of an album release. In theory, that could allow them to play almost any song in their arsenal. You see, Pearl Jam is not a band with a locked in set list. It varies night to night, and while there are staples that will be played, it also means some of the more obscure stuff might sneak in there. Maybe a song you haven’t thought about in years. So, yeah, I’m excited. I want the crowd to be into it. I want the band to be into it.

I want the evening to last forever.

Writer of comics and novels. In 2006 his first short story "The God That Failed" was published by Terminus Media in their debut comic Evolution Book 1. Since that time he has had stories published in Terminus Media's Evolution Book 2 and Evolution Special, Kenzer and Company's The Knights of the Dinner Table, and Four J Publishing's The Burner #3. Currently he is eagerly awaiting the digital publishing of his first creator-owned comic The Gilded Age #1 to be published online as well as his first novel The Dark That Follows later this year.
View all posts by John McGuire →
Tagged  John McGuire, music, pearl jam.
Bookmark the permalink.