First things first… Sliding Doors was a movie starring Gwyneth Paltrow where we see her character along two different timelines. One where she catches a subway train and one where she does not. And then the movie shows us how different that one moment has made her lives from each other.

It is very much a Butterfly Effect style of movie where changing the one incident causes more and more ripples until things are not anything like what they “should have been”. 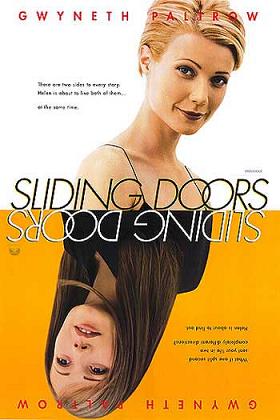 Anywhere the foliage above didn’t completely cover the area, the sun found its way and broke through in a patchwork of light. I crept along, trying to keep the amount of noise I made a small as possible. Not an easy task when every step you take is through broken tree leaves and limbs. Not the best thing when it is Autumn and everything takes on that extra bit of crunchiness.

About ten feet to my right I see one of the others, the barrel of his gun protruding slowly from where he was hiding behind his tree for some cover and possibly surprise.

He hasn’t spotted me yet.

I could try and sneak up on him, but the floor of the woods would give away my position quicker than anything else. I don’t have any kind of clean shot from here. And I don’t know where the rest of his family might be waiting. They hear the shot, and maybe I’m down before I even have time to think about finding another target.

In fact, they might have already seen me and are just waiting for me to shift, to move into their sights. To be easy prey for them.

I glance down at my watch and realize the time. I only have about thirty minutes before I have to be at Kroger to begin my shift. An odd time for it to begin: 5:00 where normally I either have to be in at 3:00 or not at all during the week. It’s alright though, they really just needed some extra warm bodies for this school project. Something about the family feuds from Huckleberry Finn… at least I think that’s what it’s for. I film one more scene – my death scene, and then wish them good luck for the rest of the afternoon.

What I don’t know… what I’ll find out later is about 15 minutes after I leave the cops will arrive to investigate some kids running around the woods with BB guns. Somewhere during that there will be word that an neighbor’s dog might have gotten shot by one of the guns (I never did find out whether anyone of our group had accidentally done this or not, but since I don’t believe anything came of their trip to the station… I’m guessing not). 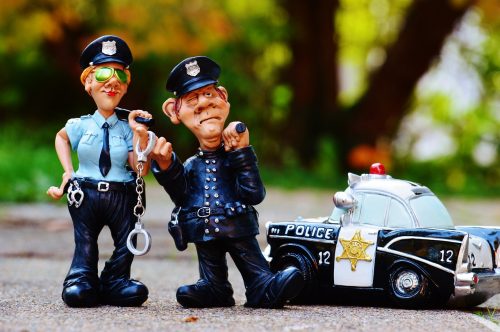 A number of my friends will get to experience something that it’ll be another 4 or 5 years before I get around to it: being put into the back of a police car.

I’m going to be late. I’m always late. I could leave twenty minutes early for something and still be ten minutes late. At Kroger, I’ve become a master of the clock in by 5 after so I don’t get docked the quarter-hour pay. And when you’re only making $4.25/hour, that’s a significant chunk.

They’ve only talked to me about it a couple of times at this point. In my defense though, I told them that I could start my shifts at 3:30 since I get out of high school at 2:15. That would give me just enough time to head home, change, maybe grab a snack, and then get to work… and not feel rushed.

Of course, I also mentioned that 9:00 was as late as I could work. You know, so that I could get home by 9:15, eat dinner, and then actually do any of the homework which might be waiting for me in my book bag.

They must have had something in their ears. I probably could have complained more, but when you’re 16 and me, you just roll with it.

This day though, this day was some rare thing. I’m not entirely sure, looking back now, that I ever had another 5:00 start time.

The thing is, I never complained. Never bitched about these things. I just came in when they scheduled me.

That day I sped into the parking lot, the time on my dash telling me I might not make it by even the 5 minute after cut-off. I grabbed a parking spot far enough away not to steal any potential customer’s spots… and only then did I realize there were a number of cop cars all around. 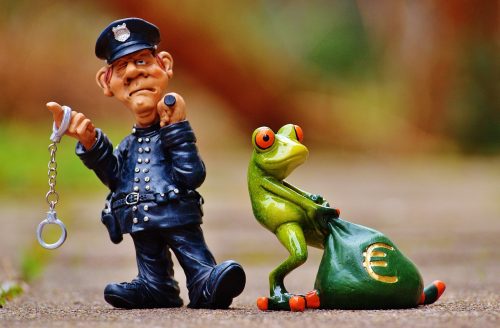 When I entered I saw more, mostly huddled around the bank, but a couple talking to the floor manager. And it is only then that I find out I missed the incident by ten minutes… tops.

In the same day I missed getting picked up by the police (and all the fun that would have been for my parents) by about 10 minutes and then additionally miss the bank robbery by the same amount of time. Had I left a few minutes early or a few minutes later my day could have been completely different. Somewhere in that drive to work was a pivot point in my teenage life. Now that’s not to say anything sinister would have come of either things had I been there, but considering I worked at Kroger for 2 1/2 years and never heard of this happening again. And I worked on plenty of school projects and never had the cops called on me…

I don’t know. I didn’t end up getting a different haircut. I didn’t have an alternate reality open up for me, but… something was in the air that day. Something strange, something weird… a day of close calls to be sure.

Writer of comics and novels. In 2006 his first short story "The God That Failed" was published by Terminus Media in their debut comic Evolution Book 1. Since that time he has had stories published in Terminus Media's Evolution Book 2 and Evolution Special, Kenzer and Company's The Knights of the Dinner Table, and Four J Publishing's The Burner #3. Currently he is eagerly awaiting the digital publishing of his first creator-owned comic The Gilded Age #1 to be published online as well as his first novel The Dark That Follows later this year.
View all posts by John McGuire →
Tagged  Bank robbery, close call, John McGuire, Kroger, police, sliding doors.
Bookmark the permalink.