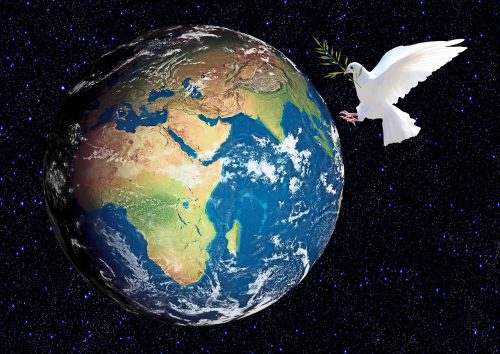 This past Friday, Robert Jeffrey and I journeyed down to south Georgia in order to participate with the campers at the Peacebuilders Camp at Koinonia Farm. From the website:

Peacebuilders Camp at Koinonia Farm is a unique overnight summer camp in rural south Georgia where youth ages 11 to 15 spend a week together learning how to work toward peace and justice. Campers enjoy games and sports, laugh with new friends from diverse backgrounds, go on field trips, learn about human rights, make a difference for others through service projects, and explore the stories of peacemakers past and present.

Our task for the day was a pair of workshop sessions with the kids to talk about How to Make a Comic. This was a part of the concept of being able to Express yourself. The kids got to sit down with C-Grimey, a DJ from Chattanooga, TN for a chance to make a rap song or sit with us talking comics.

While we have a Powerpoint Presentation which breaks down the different aspects of a comic book: from developing characters and a script to working with artists, inkers, colorists, and letterers. We talk about how the medium is great because it is so collaborative. And that same fun you get from just talking to your friends about ideas or artwork you’ve done makes it very much a shared experience.

After that, we provide the campers with some blank pages with blank panels already drawn on them. When we did the Workshop for the first time this past December we provided the kids some example one page scripts so they could practice drawing that way, but as that session rolled along, we realized the better ideas just flow out from them as they want to tell their own stories. So this time we told them that while we had some examples, they should feel free to just wing it. 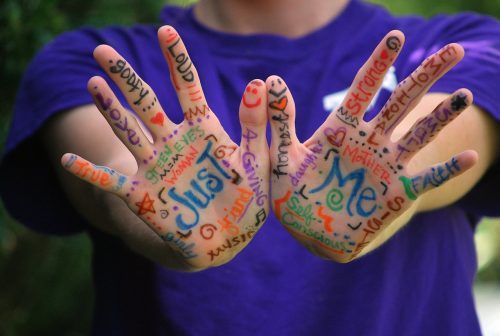 From the two sessions we got:

A lesson about what to do if your friend trips over a rock (the answer is to ask the rock for help!).

A cover piece of The Green Lantern: John Stewart.

A breakdown of the helicopter scene in Suicide Squad between Harlequin and Joker.

The best tagline ever – “It’s so stupid, it might just work.”

Learning that one of the kid’s favorite movies was the Purge (remember, he’s between 11 and 12 years old)!

Deadpool was another favorite.

In addition, we had a couple of copies of Route 3 and The Gilded Age trades on hand, and it definitely warmed my heart when I saw the kids reading through during the lunch break. We ended up leaving the copies so hopefully not just the campers last week, but the others this week and next could enjoy them.

Really though, my hope is that a couple of the kids will end up pursuing their comic dreams. We told them to practice every day because a year from now they will be better than they were. Who knows, maybe I’ll be buying one of their comics before too long!

Writer of comics and novels. In 2006 his first short story "The God That Failed" was published by Terminus Media in their debut comic Evolution Book 1. Since that time he has had stories published in Terminus Media's Evolution Book 2 and Evolution Special, Kenzer and Company's The Knights of the Dinner Table, and Four J Publishing's The Burner #3. Currently he is eagerly awaiting the digital publishing of his first creator-owned comic The Gilded Age #1 to be published online as well as his first novel The Dark That Follows later this year.
View all posts by John McGuire →
Tagged  How to create a comic, John McGuire, Peacebuilders Camp, robert jeffrey ii, route 3, The Gilded Age.
Bookmark the permalink.