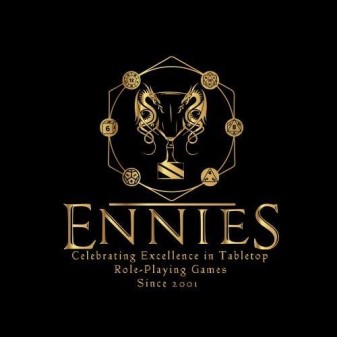 It was quite a night for Free League Publishing at the ENNIE Awards last night. The ALIEN RPG claimed the Gold ENNIE for Best Game, and artpunk RPG MÖRK BORG won no less than four ENNIES, including Product of the Year. Free League was also named Fan Favorite Publisher.

The ENNIE Awards are an annual fan-based celebration of excellence in tabletop roleplaying gaming. The ENNIES give game designers, writers and artists the recognition they deserve. It is a peoples’ choice award, and the final winners are voted upon online by the gaming public.

“The Fan Favorite Publisher award is especially humbling – feeling the love and support from the community is what drives us forward,” says Free League CEO Tomas Härenstam.

Here is the full list of awards to Free League Publishing and their games:

PRODUCT OF THE YEAR

The official ALIEN roleplaying game by Free League Publishing was released in December 2019 along with a host of supplements, in partnership with 20th Century Studios. The game immediately sold out its first print run and swiftly entered the Top-5 list of best-selling tabletop RPGs in the fall of 2019. The game is currently being translated into seven languages.

MÖRK BORG, designed by Ockult Örtmästare Games and Stockholm Kartell and published by Free League, is a pitch-black apocalyptic fantasy RPG about lost souls and fools seeking redemption, forgiveness or the last remaining riches in a bleak and decaying world. Who are you? The tomb-robber with silver glittering between cracked fingernails? The mystic who would bend the world’s heart away from it’s inevitable end? The world is dying. And you with it.