Characters from any campaign setting can enjoy it, however, with a the story hook that brings the adventurers into a magical keep controlled by a powerful lich. 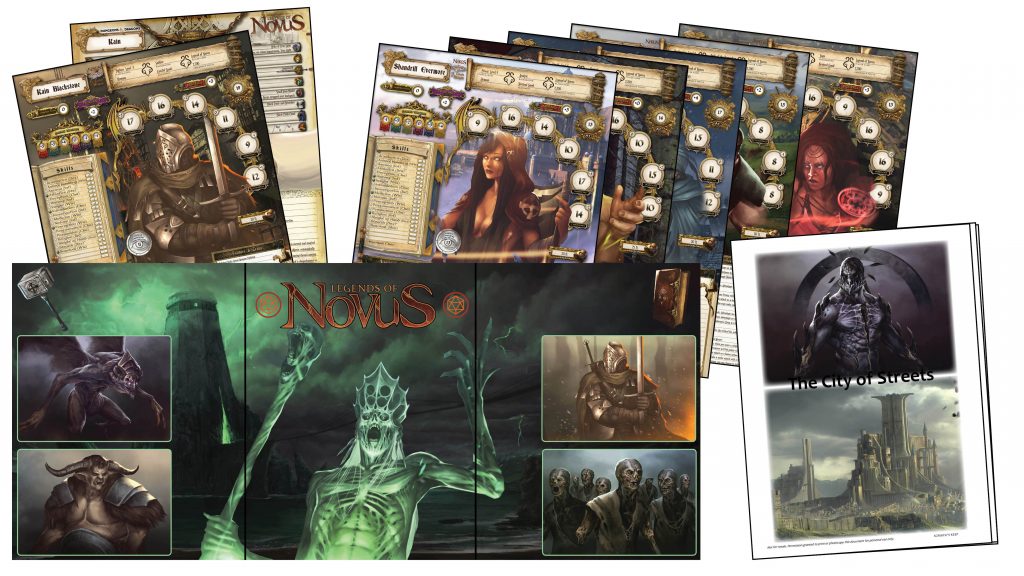 The world was created for a fantasy adventure boardgame, of the same name, and is now being used to design a DnD adventure campaign with.

The game, and this module, will feature some amazing new fantasy artwork, visually stylish character sheets, puzzling situations for the players, and challenging encounters to fight through.

The adventure pack, only $3.75 USD and available on Kickstarter until Dec 27th, includes:

A deluxe version is available for a bit more, which adds in the unique, fully illustrated character sheets and a special set of images to use on your DM screen during the adventure.

Learn about this, and much more, at the Kickstarter page:

If you want to learn more about the world, and the characters, then visit the website created just for this setting: 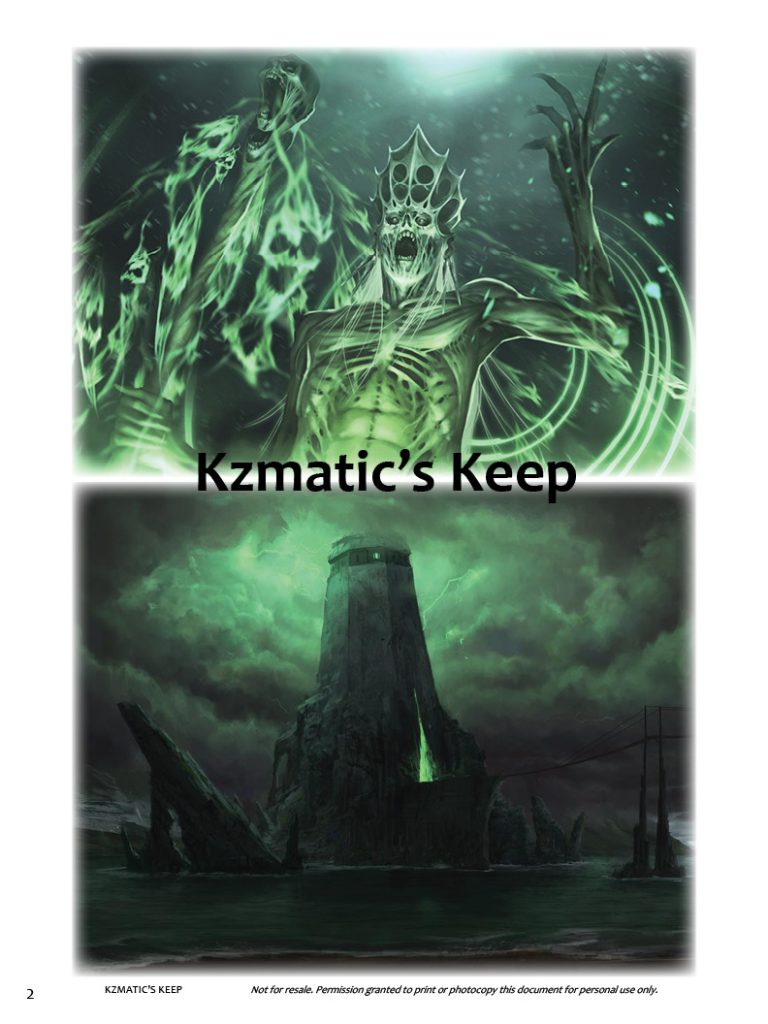 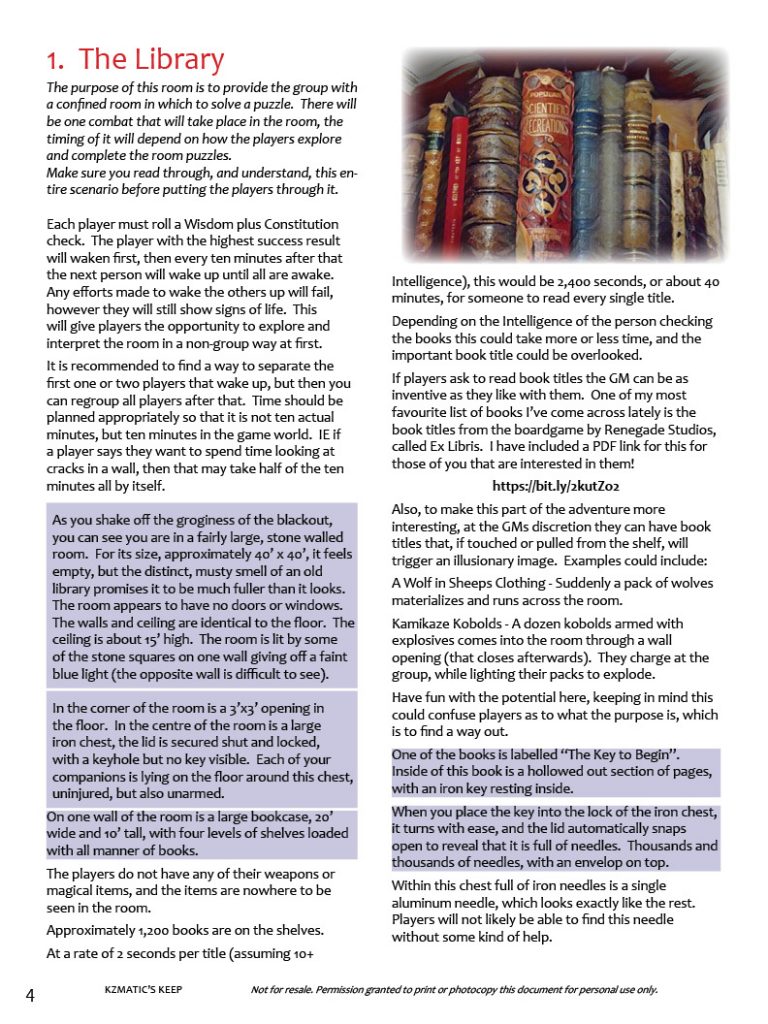 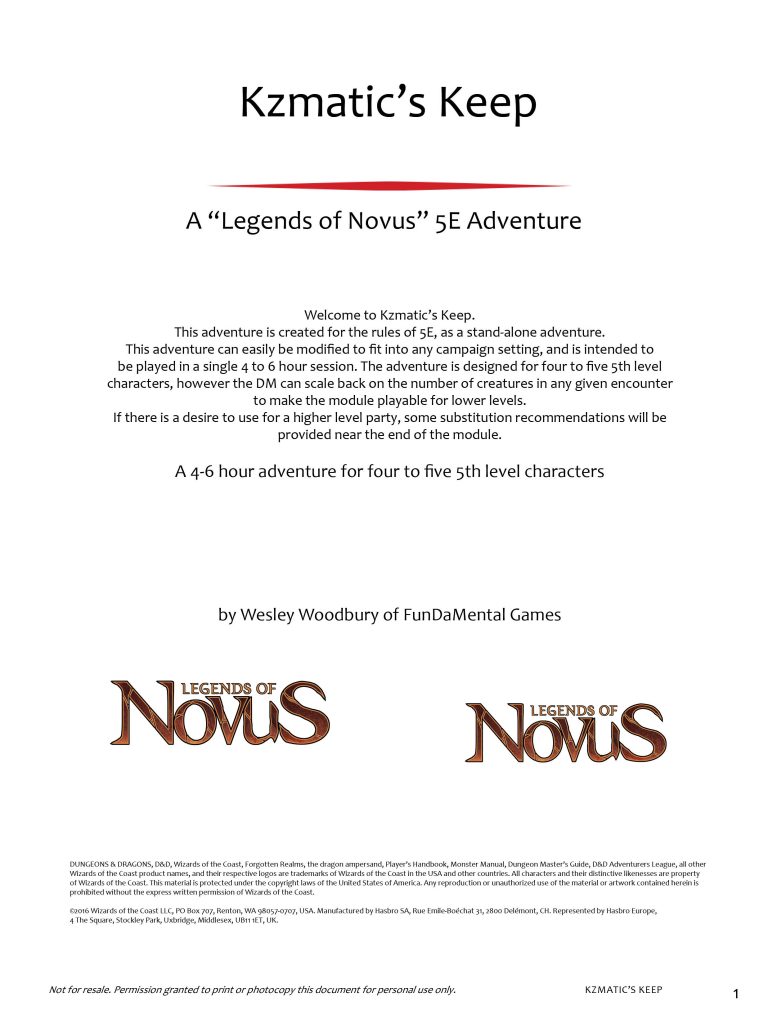 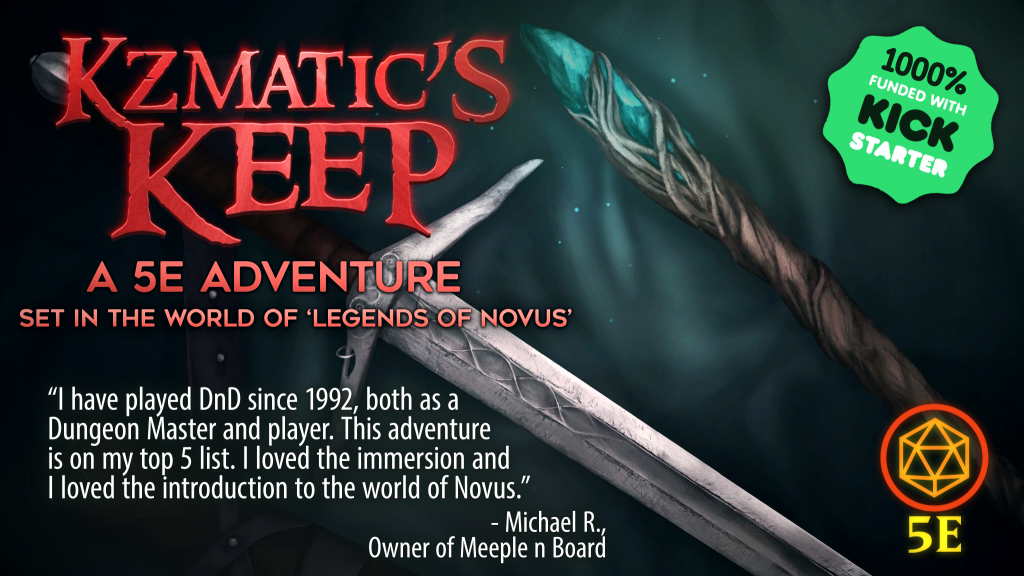 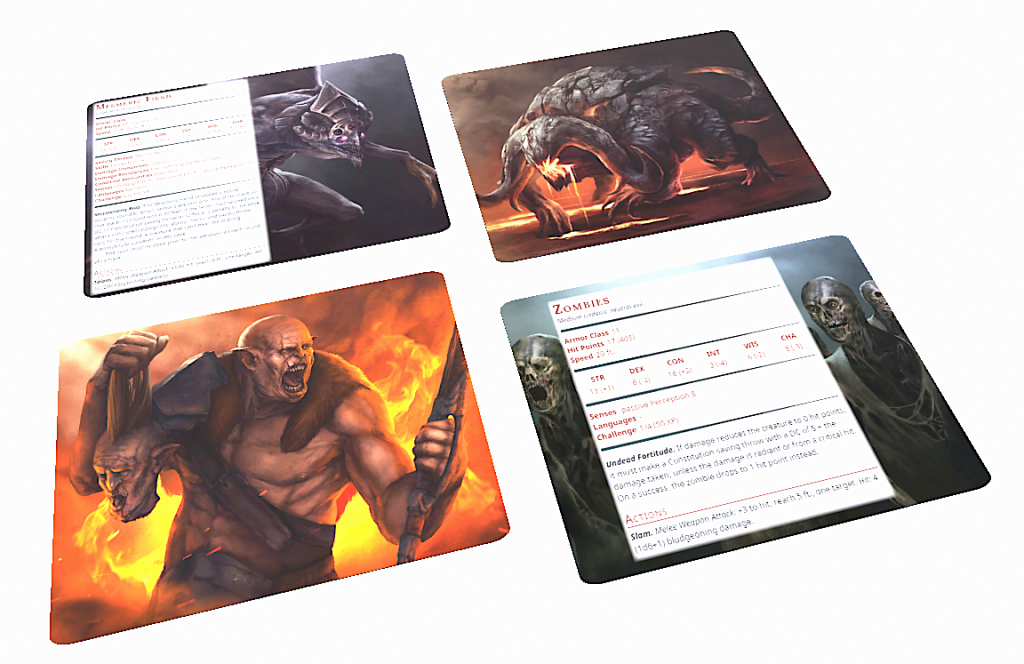 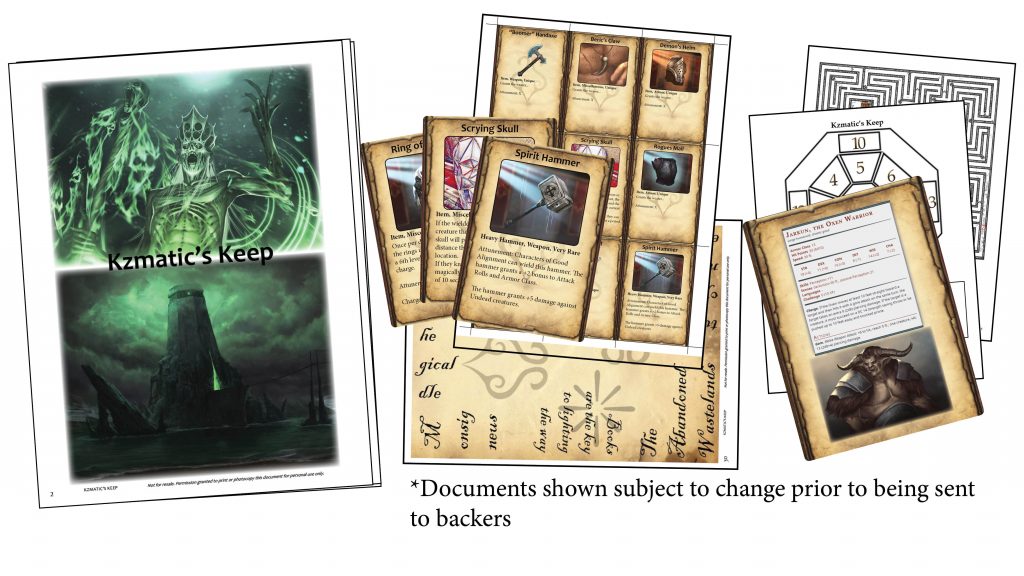 Egg Embry wrote comic book short stories, edited comic book series, wrote and drew a webcomic, and contributed to comic book journalism across the 2000s. Now, he buys the opportunity to write for a variety of tabletop role-playing games in the tradition of vanity press. NOTE: Articles may includes affiliate links. As a DriveThruRPG Affiliate/Amazon Associate/Humble Partner I earn from qualifying purchases.
View all posts by Egg Embry →
Tagged  Kickstarter, LEGENDS of NOVUS ADVENTURES: Kzmatic’s Keep.
Bookmark the permalink.