Onyx Path Publishing Announces They Came From Beyond the Grave! Tabletop RPG 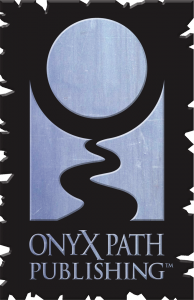 January 13, 2020 — Rich Thomas, founder and creative director of Onyx Path Publishing announced They Came from Beyond the Grave! This new B-movie theme tabletop rpg is a tongue-in-cheek horror game employing the Storypath System.

They Came From Beyond the Grave! draws from 60s and 70s horror films similarly to how They Came From Beneath the Sea! built off of the wonder, horror, thrills, and hilarity of 1950s science fiction. They Came from Beyond the Grave! (referred to sometimes as TCfBtG!) encompasses the horror, sex, suspense, and ham of early 1960s through to late 1970s horror movies. This game will be designed to evoke everything dramatic and theatrical of the classics from Hammer, Amicus, and Roger Corman libraries, along with other “dark house” movie gems, where mysteries take place in old manors, old vampires stalk guests, and something evil lurks in the woods.

Matthew Dawkins, who developed They Came From Beneath the Sea! which is now available for pre-order, is reprising his role for this new corebook. The game is currently in first drafts.

Both digital and print editions of They Came From Beyond the Grave! are scheduled for a 2021 release following the success of a Kickstarter. The game has been designed using the Storypath System.

Egg Embry wrote comic book short stories, edited comic book series, wrote and drew a webcomic, and contributed to comic book journalism across the 2000s. Now, he buys the opportunity to write for a variety of tabletop role-playing games in the tradition of vanity press. NOTE: Articles may includes affiliate links. As a DriveThruRPG Affiliate/Amazon Associate/Humble Partner I earn from qualifying purchases.
View all posts by Egg Embry →
Tagged  Onyx Path Publishing, Press Release, They Came From Beyond the Grave!.
Bookmark the permalink.