“Overall feedback from the playtest reveals on the Paizo blog and through industry partners has been positive. We’ve made the rules more fun, easier to learn, and better for telling our favorite fantasy stories. Now, we need all your feedback to make Pathfinder Second Edition the best it can be,” said Erik Mona, Paizo’s Publisher and Chief Creative Officer.

Softcover, hardcover, and deluxe special editions are available for purchase in the Paizo booth at Gen Con and at game and bookstores worldwide. Paizo will not reprint the playtest rulebook or adventure, so players who want print editions should act quickly. 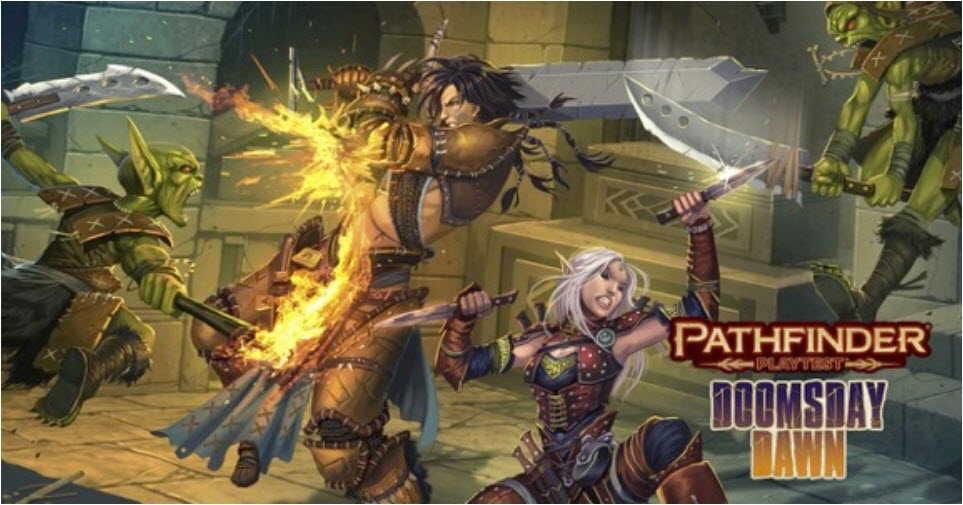 Players are invited to visit PathfinderPlaytest.com to give feedback via online surveys for each of the 7 Doomsday Dawn adventure playtests and share opinions with others in the Pathfinder Playtest Forums on paizo.com. Paizo will be discussing the results of the Playtest surveys and changes they are implementing based on player feedback both on Paizo.com and on the Paizo Twitch channel (twitch.tv/officialpaizo). Players stay informed by signing up for email updates at paizo.com.

Many Paizo official licensed partners are supporting the playtest. Players can immerse themselves in epic sounds with the Doomsday Dawn audio experience from Syrinscape. They can play with friends all over the world on Fantasy Grounds and Roll20 virtual tabletops. Players can also build their perfect character using Hero Lab. They can roll dice designed by Q Workshop to aesthetically compliment the Pathfinder Playtest Rulebook. Players can celebrate their participation with the deluxe enamel collector pin by Campaign Coins.  Links to all of this content are waiting for players on PathfinderPlaytest.com.