Kickstarter to Launch, with Product Release to Follow at Wonder Con 2021

“Things will not calm down, Daniel Jackson. They will in fact calm up.” – Teal’c 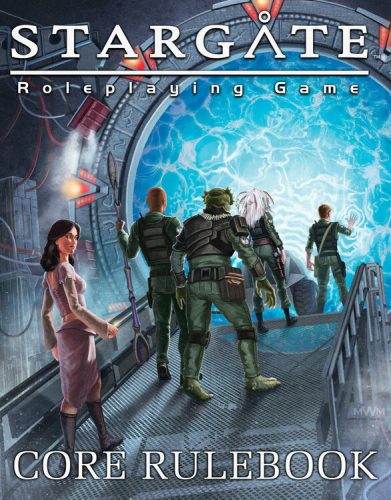 With a Kickstarter campaign launching soon, things will certainly “calm up” for the new Stargate Roleplaying Game in development from Wyvern Gaming and Metro Goldwyn Mayer (MGM).

MGM, a leading entertainment company focused on the production and global distribution of film and television content including major franchises such as Rocky, James Bond, Fargo, Vikings, The Handmaid’s Tale and Pink Panther, and game design company Wyvern Gaming are collaborating on a new tabletop roleplaying game based on the popular Stargate SG-1™ TV series.

Fans will have the opportunity to become early backers of the project and provide direct feedback to its development with the launch of the Kickstarter campaign on October 6, 2020 at 2:00 PM UTC. The game has been in public playtest since February and will remain so through the Kickstarter campaign, allowing fans to help polish the game mechanics and story along the way. The finished product will launch and be available to the public in April at Wonder Con 2021.

Brad Ellis, CEO at Wyvern Gaming, said, “As fans of the Stargate franchise, we want to make the best Stargate Roleplaying game possible. That is why it is important for us to include the fans in the development process with Kickstarter as the feedback engine. It is a game for the fans, so it is critical that we get their input in its development.”

In the new Stargate Roleplaying Game, players will explore the galaxy and aid in the fight against the Goa’uld System Lords. The core rulebook will contain all the information needed to create a character and join the Stargate Command (SGC). Players will choose from a set of playable races and classes as they learn the skills, feats, equipment, and technologies needed to make their character thrive as an SG team member as they complete Stargate Missions. The book also covers being a Gatemaster (GM). With the players, GMs steer the story and the non-player characters that interact with the player characters. Players may be asked to capture a point of interest, explore new worlds, retrieve important artifacts, rescue important VIPs, or capture high-value targets. 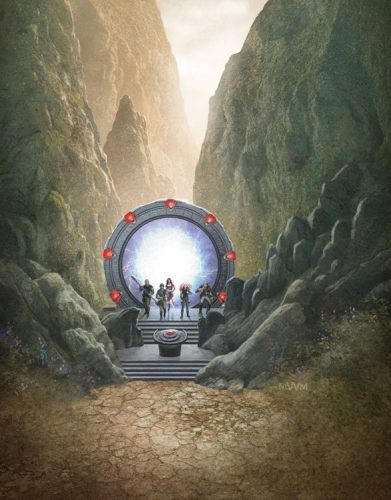 In addition to the Stargate RPG Core Rulebook, Wyvern Gaming has launched the “Stargate: Phoenix – A Living RPG Series,” a living campaign with additional “Episodes” to expand play with the Stargate RPG Core Rulebook. In these Episodes, your character will live inside a Stargate canon universe series called “Stargate: Phoenix.” Your success and failures will shape the story that plays out over a course of a “Season” of Episodes released over a year, culminating at Gen Con 2021!

For updates on the Stargate Roleplaying Game, sign up at https://stargatetherpg.com/

MGM’s licensing agency, Brandgenuity, is managing the development and roll out of the Stargate licensing program and brokered the agreement between Wyvern Gaming and MGM.

Beyond the Stargate Roleplaying Game, MGM and Brandgenuity continue to grow the Stargate SG-1 licensing program, including an upcoming fan convention from Creation Entertainment and collectible figures from Chronicle Collectibles.

Stargate SG-1 the television series, produced by MGM Television, picks up where the blockbuster film left off. Colonel Jack O’Neill (RICHARD DEAN ANDERSON) and his SG-1 team; Daniel Jackson (MICHAEL SHANKS), Teal’c (CHRISTOPHER JUDGE), and Capt. Samantha Carter (AMANDA TAPPING), set out to explore the mysteries of the Stargate. Each mission through the gate takes the SG-1 team to new worlds in a seemingly boundless universe.

Wyvern Gaming is a game design company whose mission is to create “Approachable Games For Everyone.” The company has been producing games since 2015 and have a track record of producing easy to learn card and board games for the hobby game industry. We have the drive to build games that people can enjoy. We love gaming of all types, everything from tabletop role-playing games to 3D virtual reality shooters. Our hopes are to turn our passion into a few gaming classics. For more information, visit wyverngaming.com

Metro Goldwyn Mayer (MGM) is a leading entertainment company focused on the production and global distribution of film and television content across all platforms. The company owns one of the world’s deepest libraries of premium film and television content as well as the premium pay television network EPIX, which is available throughout the U.S. via cable, satellite, telco and digital distributors.  In addition, MGM has investments in numerous other television channels, digital platforms and interactive ventures and is producing premium short-form content for distribution. For more information, visit www.mgm.com.