Repost: Roleplaying for Fun and Profit

It’s not a secret, not really. I wasn’t embarrassed… not exactly. Much in the way that many things I have done in my life which fall under the heading of “geeky” or “nerdy”. Before the days when telling people about comic books was shunned.

I mean, I keep hearing about how the nerds won. As if it was for the very soul of the world. That they’ve done what we all predicted would happen when that first “nerd” started messing around with the family computer. They have overthrown their jock-overlords and have claimed the top of the mountain. 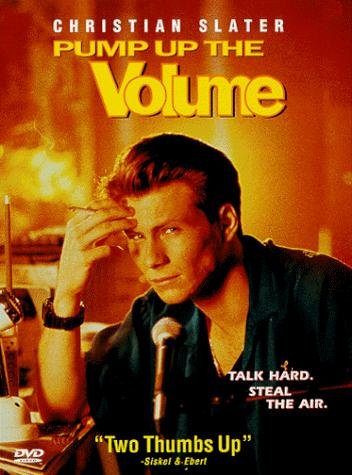 Rise up in the cafeteria and stab them with your plastic forks!

Throughout middle school, through high school, and college, and for some time afterward I role-played. And I think it has made me a better writer.

Character Creation – One of the biggest things in role-playing is that initial character creation. Maybe you are trying to balance out the team that already exists, or maybe you’ve had the nugget of an idea swimming in your head for the last few weeks and now you get to try it out. Sure there is the rolling of dice for your stats, and you would love to roll well to get them higher. But the character is something more than just numbers. There is a history there. A personality that you want to play with and figure out. Sometimes it is tropes, the disgraced knight, the reclusive wizard, the thief who walks the line between good and evil.

But the best characters are those ones who begin to mold themselves as you play them. As your Game Master puts you through the paces on an adventure. As the other players begin to speak with your character… a true personality emerges that you could have never expected… not 100%.

In writing, at least for me, I’ve found it is much the same. I may have the barest idea of how a character will react to something, but time and time again, when that moment comes something crazy happens.

The character surprises me. In the same way that those characters I role-played needed to act a certain way a month after I created them, so too does the written character need to be true to themselves. In fact, I sometimes learn more about them in that moment than I did in any of the moments previous to it (and then I have to go back and tweak a couple of things to help seed that “turn” or “moment”).

World building – A lot of times this is the domain of the Game Master, but a good player can help develop the world in lots of different ways. Through their personal histories: maybe your uncle is a local lord (what is he the lord of? are you in line for his property? would someone want you dead to get their hands on it?), perhaps your best friend died in a conflict across the great sea (was it a conflict or a war? is this the first volley or the last? ), or maybe the village you came from was burned to the ground (who did it? why? are they still coming?).

I’ve heard that writing for comic books is a lot like playing with someone else’s toy box: you want to leave it with more toys than it started with. A good Game Master will take these toys from you and weave them into their world, creating more cohesion, and more stakes for the players.

Heroes – Most of the time I have played the hero (or one of the heroes) of the story. And in that, I push the villains as hard as I can. I want to escape their death traps, foil their master plan, and save the maiden. But if I’m paying attention, I can see the obstacles that the Game Master is throwing in my way. You see, it is his job to not quite let me win… at least not for a while. Small victories will keep you going until that final big battle.

In my writing, it is the same way. My job as the writer is to figure out what my character wants to achieve and then put as many obstacles in the way of them succeeding in their goals. In overcoming those setbacks, I learn more and more about how my characters think and feel and maybe even what it might take to completely break them.

Villains – I’ve played a couple of villains through the years. And it is fun. It is fun to mess with the other players and sometimes even catch the Game Master off guard with a line of play. Mostly I’ve found that while sometimes the Game Master isn’t looking to flat-out kill your character, another player who is opposing you has no such qualms. That’s where fast thinking comes in handy. But it is also the point where you can fill a villain with more traits than just “he’s evil”.

Not that there is anything wrong with that! 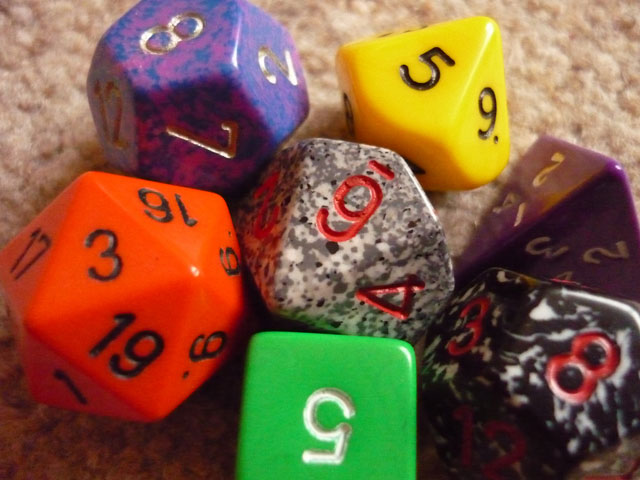 The End – I’ve played in epic novel-length campaigns. They have that feel of a good book series where the heroes get a victory towards the end of the book, only to have something else happen which will propel the series forward for books 2 and 3, and 4. So I can identify where a good breaking point for a chapter, a section, and even the end of the book should be. It is a more subtle thing, but I believe it is there all the same.

Plus it never hurts to end something so that later you can get those heroes out of the mothballs and send them on their one final adventure. Everyone likes a last-ride story, right?

I take those old sessions to heart. What might have been cool and what moments might have caused groans. Either way, I continue to sift through my memories to see if there is more buried treasure somewhere in there.

Writer of comics and novels. In 2006 his first short story "The God That Failed" was published by Terminus Media in their debut comic Evolution Book 1. Since that time he has had stories published in Terminus Media's Evolution Book 2 and Evolution Special, Kenzer and Company's The Knights of the Dinner Table, and Four J Publishing's The Burner #3. Currently he is eagerly awaiting the digital publishing of his first creator-owned comic The Gilded Age #1 to be published online as well as his first novel The Dark That Follows later this year.
View all posts by John McGuire →
Tagged  John McGuire, roleplaying, writing.
Bookmark the permalink.