When is enough, enough?

I’m in the process of doing an edit on my current novel: S.O.U.L. Mate and am approaching the finish line with it. Well, relatively speaking, I have about 25% of the book left to edit. And once that’s done I’ll have all the notes from my Alpha reader (Courtney) to address certain deficiencies with the current draft.

This book has been a little different than my other books in not only the subject and the style (first person is something I’ve only played around with in some of my short stories). It is also one that I went through a bit of writer’s block to the point that I set it aside and actually wrote an entirely different book before finally coming back to it early this year.

It is still a little incomplete if I’m being honest.

You see, I had a rough outline for the book. I’ve tried the write by the seat of your pants way and I’ve tried outlines, and outlines work better for me. It provides a bit of a roadmap, but it doesn’t tell me every stop along the way. It makes sure I reach my final destination but also doesn’t limit what exits I might take. It- you know, I think you get it.

But even with the outline, there were things missing. And I actually mean “things”. A very vague and non-specific amount of things. To the point that I had to tell Courtney, I knew things were missing from the draft, but I had no idea what they might actually be. So I asked her, begged really, to tell me what was missing. Where had I ignored something that she expected to read about within the book? Had I neglected any characters (yes, it turns out, I really had). Was there moments we needed to see (absolutely missed a couple of perfect moments that I’ll need to go back and finish up or add a new section/chapter). 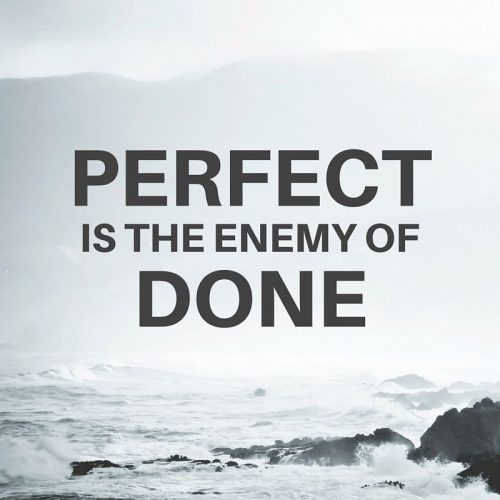 The weird thing is thinking about what needs to be added when normally at this point in the process my job is to trim things. It is to make the prose tighter where possible. Say something in 5 words instead of using 10. That sort of thing. But this book has been different because I’m using writing muscles I don’t normally use.

I’ve been thinking about the idea of pencils down recently. It has popped up in my day job where certain reports have been edited and edited to the point where we are taking sections out in review 5 that we added back in review 3 because they no longer work. Which, to me, is an indication that we need to stop trying for perfection. Perfect is the enemy of done.

And then I also think about the idea that nothing is ever really finished.

Or maybe the thing is finished when I have put all my best efforts into it?

Or maybe it’s finished when the missing pieces are all filled in. If writing a book is like a puzzle, I only need to find the missing parts and then add them into all the blank areas, right?

So, I’m not there yet with this one. I still have a little ways to go, but it is getting closer with every chapter I print out, with every word I change or cut or add or tweak, and it is slowly becoming the end thing I’ve been trying to get out of my brain and onto the computer.

Writer of comics and novels. In 2006 his first short story "The God That Failed" was published by Terminus Media in their debut comic Evolution Book 1. Since that time he has had stories published in Terminus Media's Evolution Book 2 and Evolution Special, Kenzer and Company's The Knights of the Dinner Table, and Four J Publishing's The Burner #3. Currently he is eagerly awaiting the digital publishing of his first creator-owned comic The Gilded Age #1 to be published online as well as his first novel The Dark That Follows later this year.
View all posts by John McGuire →
Tagged  Editing, John McGuire, Soulmate.
Bookmark the permalink.