Time again for my look ahead/look back. It’s where I like to sit down and judge what I managed to do, what things didn’t get done, and then push onto next year.

I have so many things that I would like to do. So many ideas for books and stories and comics. Most of the time I’m not fighting time or money, but fighting my own brain. Trying to get focused can be the biggest problem of them all.

[Of course having more time and money wouldn’t hurt. :)]

The Edge of the World – Finish the 1st draft. Finish a 2nd draft. Get to Beta Readers. Possibly get an editor by end of year.

Yeah, if 2015 taught me anything it taught me that a story will take as many words, as many pages, and as many hours as it wants. My desires and schedules will be damned in this process. I wrote about it a bit here, but the big thing was that I thought I was closer to the end than I really was, so not finishing the 1st draft until November was difficult.

[The always fun thing of “When are you going to be finished with that book?”… “Soon.”]

Regardless I am extremely proud of having finished another draft of another novel. I know that these things don’t just appear overnight but take tons of “butt in chair” time. So I’ll give myself an A.

The White Effect – Revise the current draft with all the Beta Reader notes I have. Identify potential Editors/Agents to Query. Draft query letter. Start that process.

This has begun, but that’s about all I can say at this point. Work in progress type of thing. We’ll call this one “Incomplete”.

Veronica Mars Kindle Worlds Novella II – We have the outline, I just need to put some words on the page now. It is 3rd on the list for a reason though.

Finished the 1st draft. Waiting on the co-writer’s edits/thoughts. This gets a solid B.

Hollow Empire II – Begin those discussions in the next couple of weeks. Begin outlines, drafts, and maybe, just maybe get it out by end of year? Maybe it could be a Fall release every year?

No movement on Hollow Empire. I was busy with Edge of the World, and he was busy with… not sleeping and writing 1 billion words this year. So, yeah, it might be time to start bugging Mr. Neill again. I get an F on this one.

The Dark That Follows Sequel – Originally I wasn’t going to try to fit this in this year, but I have an idea for this and a third book, so I’m hopeful to have a 1st draft done.

Wow… I had this on the list? Whoa. Yeah, this didn’t happen. A big ole’ F for that one. Talk about eyes bigger than my stomach!

Unstuck – A series of novellas I would like to get done about people who are outliers in the timestream… abandoned by their own timelines. Each one would be about 25k words, and right now I have 3 of them roughed out. My guess is having one done by end of the year is a resonable goal (though I could easily see it getting squeezed out by the above).

I knew this was on the list… not started, but lots of notes being gathered. And it got pushed back because of another project (see below). So I’ll say I get a D minus for this one (but with a legit excuse).

S.O.U.L. Mate – Something that did not exist in any portion of my mind last January. A full outline has been written. The damn thing came in a blur over the course of a day. Fully formed. Beginning/middle/end… just like that. And that really caused the Unstuck stories to get slid back on my schedule.

Work has commenced on it.

Shorts – 4 more shorts, to be finished. Online magazine submissions (get on it McGuire!). Start that train a moving.

3 shorts written. Two of which are in a short story collection: Machina Obscurum (you should check it out!).

I have started the online magazine submissions. No success yet, but it is in progress. I’ll call this a solid B (unless I can write one more short in the next couple of days!).

Gilded Age – It is my hope to have issues 2, 3, & 4 out this year. Of course, that was my hope for this last year. Either way, I will be finishing up the scripts for 3 & 4 in the next couple of weeks.

I am Jack’s broken record. The issues aren’t out.

However, I did finish issue 3 and 4. Issue 2 and 3 have been drawn, inked, and colored (they merely need the words added to their pages and they will be all but done). Issue 2 even has a cover.

So I’m going to give myself an A for getting my part done, and continue to cross my fingers about the last issue.

I must admit, this is completely out of my hands at this point. I may be 100 before this comes out (sad Panda).

The Crossing – A comic I’m co-writing with Robert Jeffrey II… if we can secure an artist, then I think we can get something going. I don’t want to put an absolute number on issues or scripts or anything. If this is solid this year I’d be happy.

No real movement, but lots of good work done on the first issue due to Oni Press’s open submissions. So a little bit of movement, but I believe we can make something happen in 2016 if we push it hard enough. Sadly I need to give me a C on this one.

Blogging – Let’s keep it going for another 52 weeks.

I mentioned this one during the Halfway Blog Post. A pleasant surprise, and perhaps a little bit more work set in that world coming up in 2016. Again, one of those things I had no idea was coming, but am so happy it did! 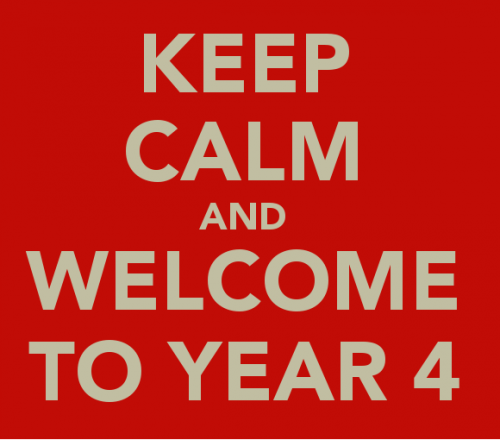 A big piece of next year. One thing that should help is that it isn’t nearly as long as Edge ended up being.

The Dark That Follows 2

It’s well past time to write the sequel. 1st draft of that to be done.

I think having an updated pitch and sample script shopped out there is probably the goal for this year.

To send out query letters. To investigate publishing options.

I can’t control whether or not an agent or editor might take me on. But I can control getting this into some people’s hands to increase the chance of such a thing happening.

Right now I’m leaning towards self-publishing this one, but that may change as the year goes on (if things break one way or another).

The Mystery Comic is based on the Mystery Short Film above. My goal on this is to get that first issue done, and then cross my fingers that more will be asked of me.

Really I just want to be Calvin, I already have two orange cats.

Write 4 more shorts. And really set up a system for getting them out into the world (submissions, etc.). Plus these can provide a nice break from the longer formatted things.

As ever, I want to continue to put out a weekly blog. Not miss a week. Keep the streak alive. In hopes of achieving this I’m going to try to have a couple in the bank at any time as there are those Tuesday nights when inspiration has been a bit lacking.

I want to add like 4 more things to this list. My writing To-Do is a long string of plans and hopes and dreams. I just have to put butt in the chair.