Or Why You’re Wrong About the New Star Trek Movies

Cast your mind back to the Spring of 2005, regardless of how you felt about the show (or its final episode – which I still don’t completely understand the backlash there), Enterprise was going off the air. Which meant for the first time since 1987 there wouldn’t be a Star Trek show on TV.

What the hell did that even mean? For almost as long as I can remember, some starship was out there discovering, searching, having a 5-year or a continuing  or some kind of mission. There were missteps and ideas that took a while to really gel. But apparently whatever ratings they were getting not only wasn’t good enough for Enterprise, but not good enough to even warrant a replacement show.

Three years earlier was the last Next Generation movie: Nemesis which barely made back its production budget of $60 million (it took in a worldwide box office of $67 million, down almost half of Star Trek: Insurrection). 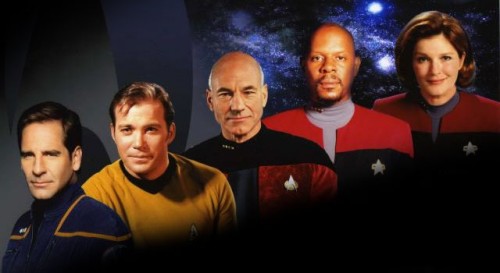 Star Trek was dead on the vine.

Here’s the thing, I’m a Star Trek Fan, but I am not a Fanatic about it. I will fully own up to the fact that I haven’t seen most of the episodes of the various series (The Original Series and Next Generation I’m probably in the 90% range, but the rest are somewhat scattered). And normally this would mean that I should probably keep my mouth shut about it other than to say “I like the shows”… but…

You see, I think I’m much more in the vein of the person that can see things as they are (and maybe not how we all might really want them to be). So when I say Star Trek was dead on the vine, I don’t take any joy in that fact. There was something very comforting about knowing I could turn on my tv any given week and have a new episode to comfort me.

That’s why I both understand the venom against the new movies (the Reboot) and can’t understand it at all. Think of it another way – clearly the fan base for the show had become numb to the lot of it. You were down to the diehards as opposed to even some of the fans like myself (who had watched 2 seasons of Enterprise and then got distracted by life). After my disappointment in Insurrection, I made no attempt to watch Nemesis (and while I know I’ve seen it – I couldn’t tell you very much about it). This from someone who loved the movies before those last two. 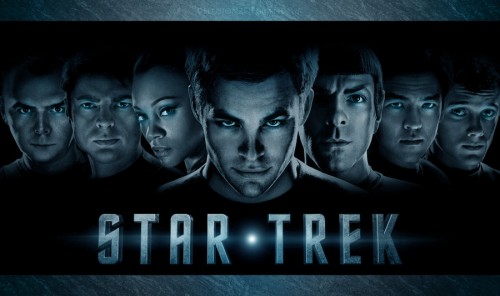 But the Reboot… I get it. I personally don’t like it when DC comics keeps doing that same thing to my comics. I don’t like the idea that MY VERSION of things is no longer cannon. And I hate it when someone tells me the answer is to reread my old comics or search out old comics if “that is what you want to read about”. How insulting.  While I love to go back a reread things I loved or even find those hidden gems I never knew about in the first place. Yet, I participate in fandom because I want to experience it in new and exciting ways.

I’m not sure the old universe had much juice left in it for broad consumption. Note, this isn’t taking anything away from the numerous fan film projects (some that look flat out amazing). This isn’t taking anything away from the newer comics or books or anything else that might have still existed. This was about saving the series for (forgive the pun) the next generation of potential fans.

The Reboot. I liked it. It’s not perfect, but it did exactly what was needed to be done. It made Star Trek into a spectacle, an event again. And while money isn’t the only thing we should gauge this stuff on, it made SIX times as much as Nemesis. So I’m not wrong (at least not completely).

This was the shot in the arm.

You want to know why these movies needed to happen (lens flares and all)? Because of someone like my wife. A person who has managed to embrace pretty much all my crazy fandoms. From Spiderman and the Avengers to the Flash tv show to Star Wars and Firefly.

You want to know the one thing she could never really understand/connect with? Star Trek.

You want to know what happened when we went and saw Into Darkness? She was literally bouncing in her chair at the end of the movie. Yes, for us who had seen Wrath of Khan (still the best movie) there was a lot of switch-a-roo (and plot holes – why do they need Khan’s blood when they have a whole ship worth of guys and gals with the same blood? – I digress). And maybe that pissed you off (and that’s cool… not that you needed my permission). She really enjoyed it.

And what has that led to? A NEW SHOW. Something I wasn’t sure was possible a decade ago. And maybe a chance for that Star Fleet Academy show to finally happen (you know, the one that always gets thrown around as an idea for the next show) (have they announced what the new show is about yet?).

Perhaps it is time to slacken up on the death grip you’ve performed with the series all these years. Let’s invite these new fans in and then show them why the old shows ruled so much… and if we have to deal with the Beastie Boys in a Star Trek movie… well, that might be the price we have to pay to still have it around at all.

Writer of comics and novels. In 2006 his first short story "The God That Failed" was published by Terminus Media in their debut comic Evolution Book 1. Since that time he has had stories published in Terminus Media's Evolution Book 2 and Evolution Special, Kenzer and Company's The Knights of the Dinner Table, and Four J Publishing's The Burner #3. Currently he is eagerly awaiting the digital publishing of his first creator-owned comic The Gilded Age #1 to be published online as well as his first novel The Dark That Follows later this year.
View all posts by John McGuire →
Tagged  fandom, John McGuire, Star Trek.
Bookmark the permalink.