“They say whoever controls the flow of history, can write the future. For centuries, The Council has curated the past. But now they are silent, the Reclamation Act ratified, and history once again open to study. The future has yet to be written and the pen is in your hands.” 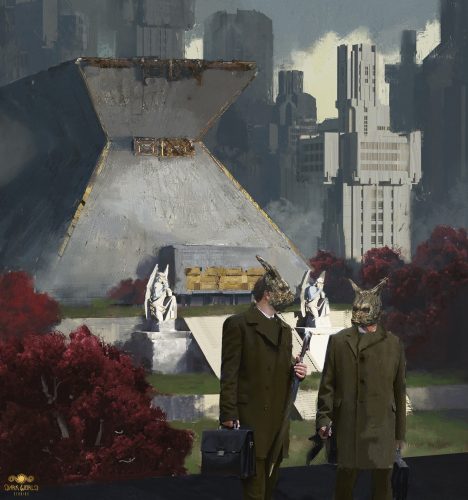 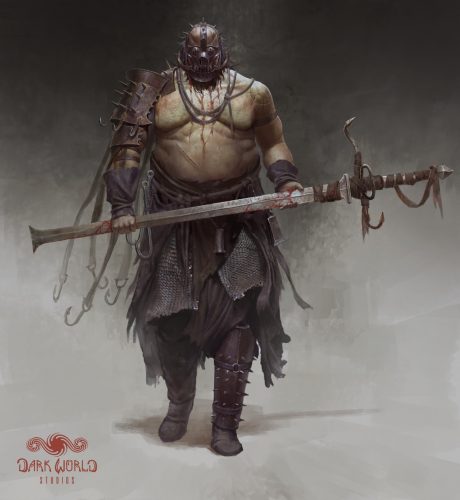 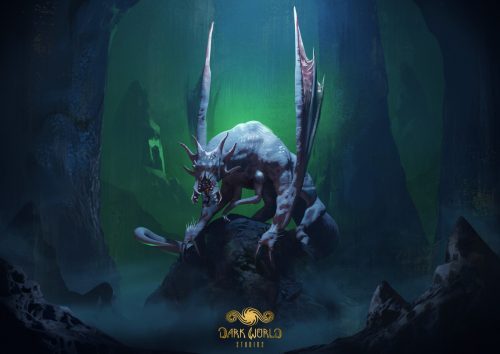 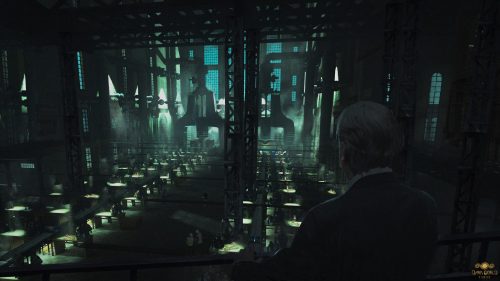 “Though the majority of citizens don’t even believe in magic, magical ability is possessed by many in the world of Acheron. Many different organizations and peoples have differing ideals concerning the use of magic. Some say it’s not real but are still cautious and hateful of anything they can’t understand while others believe in its existence but believe it is a corrupting force used for evil.” 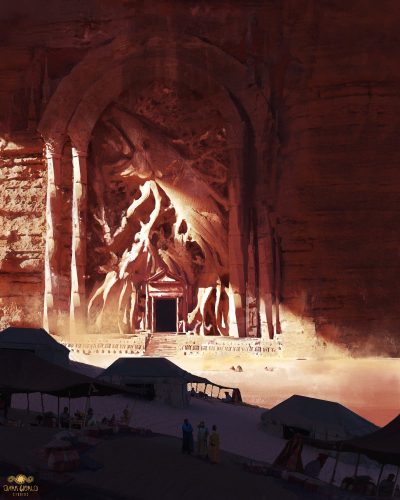 Three “Races” inhabit the world of Acheron: Humans, Darkleechers, and Soulmenders. Each with their own pedigrees.

Gripes of the Church:

“Darkleechers appeared shortly after The Breach; hundreds of thousands washed up upon the shores without any memory of where they had come from or who they were. The Human population was split on the issue of what to do with them in many places, while others chose to treat them as a pest to be eradicated. Most people thought that Darkleechers were a dark omen, marking great misfortune to come. There were riots in the streets, mass lynchings, inhumane experiments by science cults, and a wave of mass hysteria. Eventually, the Government intervened, resulting in the First Race War. This treatment molded Darklenchers to distrust, to hate, and to become more cunning than the humans who terrorized them. 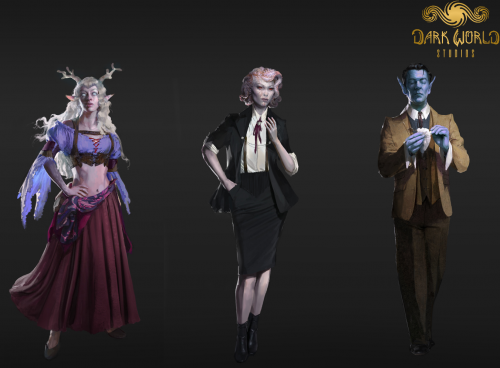 The Government: The Government is run in name by the National Republic House, which consists of five representatives from each District (Anarchist or otherwise). In reality it is ruled by the Council of Thirteen, never seen but always felt. The Council influences everything though Cerberus, the heads of the Agents, National Police, and Paranormal Research division. On the whole people trust the Government in the Central Districts, however Anarchy brews everywhere, and allegiances to the Government are weak in Districts dominated by other factions. The Government would never admit openly that many place their loyalty elsewhere and does what they can to curb dissenters at every level. The Government fights against disorder, watches the Mages, chains the Mancers, and makes sure the nightmares of the world remain at its fringes.

Church of the Twin Gods: When the Martyrs gave their lives for Unity no one thought the Church of the Twin Gods would be the result. However, hundreds of years later the followers of Nyx, Goddess of Chaos, and Darium, God of Order, find themselves sharing the same roofs and working side by side to spread the teachings of the Twin Gods. These teachings are canonized in the Central Districts but more fringe Darium and Nyxian cults can be found in many townships and cities preaching radical beliefs. On the whole the Church values balance of person, where both God and Goddess have equal influence. Therefore, many within The Church try to make themselves more androgynous and hermaphrodites are praised and groomed with care by clergy.

Greys: A lineage born out of pragmatism, the Greys are a family who have become the leaders in industry, science, medicine, philosophy, art, and more. It is through marriages to the most brilliant and dedicated people, generation after generation, that this dominance has occurred. Grey’s attempt to breed with whoever is a protege in their field, no matter what that field is. For this reason, the Grey family is highly mixed in race and social origin. Even Darkleechers and Exalted have made their way into the Grey family. Pragmatic, brilliant, odd, eccentric, dedicated. All these words can be used to describe the Greys. Brutal, absentminded, and unethical are also words that describe many in the family.

Ellsons: An old family, so ancient in origin their history has been lost even to themselves. Ellsons own the majority of banks in all Districts. This gives them the finances to stay in power, even in places where they are unwanted. Generationally minded, they’ve invested in mining precious stones and metals, acquiring art and artifacts, and most recently historical research. Many branches spread out from the Ellson tree, but they all share the same trait of cold calculation that has kept them on top for centuries. They enact their power through their banks, schools of Mathematics, and Tax Collectors – persons trained since childhood to calculate risk and reward on a deadly level and see that debts are paid in gold or blood.

Freemen: The Freemen fought long and hard for their place in the world. Darkleechers who unified after several bloody wars with humanity, the Freemen hold the major crop producing Districts in Acheron. With permission from the Government of course. They value their space, preferring to live a more rural lifestyle. Art, history, and a varied culture are important to the Freemen who feel they have been suppressed for generations. Segregationists mostly, the Freemen live their lives outside the Central Districts farming, fishing, shipping, and more. This, and their innate connection to the magical planes, makes them more likely to partake in magical rituals, spirit healing, and other customs many Humans generally don’t believe in.

Historians of Galilee: An ancient cult of Historians and Researchers. They are perhaps the only group as Dogmatic about studying ancient artifacts and technology as the Greys. While the study of history was banned for generations the Historians of Galilee disobeyed, researched, discovered, and were executed for it. Now that the Reclamation Act has passed and History is open to study once more, many have joined the ranks of the Historians. Universities of all types employ their ranks as professors and researchers, many of which had never been a part of the group, at least officially, until recent years. Their dogmatism is feared by many who think history should be laid to rest, and the Church of the Twin Gods see them as a religious cult. On an individual level however, the Historians seem to want one thing above all else, truth.

Hunters Guild: Many in the world think monsters are just bedtime stories, things that people made up because of too many nights spent in the dark. But Hunters know beasts roam the world and do everything they can to fight against them. Those from all walks of life become Hunters. Many Greys, Ellsons, Servants, and Farmers have walked the same halls, hunted the same game, all without care for their previous station. Hunters keep the world safe in a way the Government attempts to, but too often fails at. Many powerful people fund the Guild or are a part of it. They operate within the law, mostly, but don’t let anyone stand in their way if a Beast needs to be slain.

Wexler Investigation Agency: A relatively new faction on the playing field. The Wexler Investigation Agency gives smaller factions the strong-arm big players have always enjoyed, for a price of course. Their ranks are ex-cops, private investigators, magicians, Mancers, and even Exalted. The pay is good and morals loose. While they would never admit it, the Wexlers deal in death just as much as security and investigation. However, many of their rank still have clean hands and those who don’t get lost in the crowd, buried in bureaucratic anonymity and red tape only Government Agents can cut through with ease. 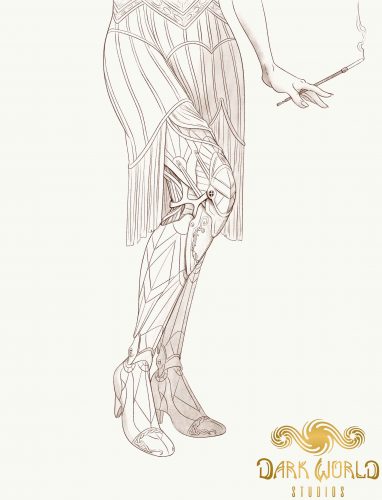 Types of Games Acheron is Suited For 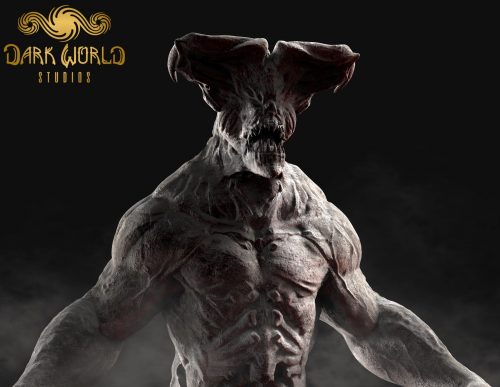 Dark World Studios is an independent game developer with a small core team of three individuals. We are a Biologist, Engineer, and Anthropologist. Our backgrounds inform the worlds and systems we create. We also have a support network that includes several artists/play testers with their own informative backgrounds such as ex-military and geology. While Acheron is our first major project, we’ve had experience designing other, forever unknown worlds and systems, both independently and together. It is our hope to deliver an intriguing and fresh experience to both new players and veterans alike.