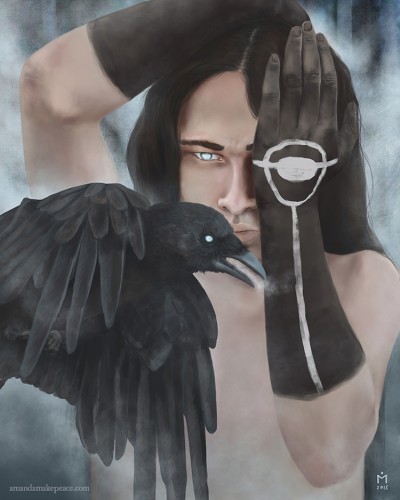 Where do you get your ideas?

If you’re an artist, writer, musician or anyone working in a creative field you’re bound to be asked. However, the question is a disguise for another. What they are really asking is how did you come up with this final work of art. The question implies there is some secret formula for making art–all it takes is that spark of inspiration. If that were true, we’d all be artists! Having ideas is only one part of the equation. The other half is a ton of hard work. Ideas are important though…and passion. Without either you don’t have anything to fuel the hard work. I’m always a little shocked when I hear an artist say they are struggling to come up with ideas. Maybe it’s just a foreign concept to me. I always seem to be brimming with ideas, so many that I must reign myself in so I stay focused. The well I draw from is all around me and inside me.

Are they struggling to find ideas or are they struggling to find that BIG painting idea? Are they too focused on the end result? When I think of ideas, I think of all the scribbles in my sketchbook and the notes that eventually lead to a painting. It’s a process. Even when I think I have a core idea for a painting, it always continues to evolve before I have the final artwork. I think some artists are looking for that stroke of genius, that masterpiece. This quote from Chuck Close sums it up well…

“The advice I like to give young artists, or really anybody who’ll listen to me, is not to wait around for inspiration. Inspiration is for amateurs; the rest of us just show up and get to work. If you wait around for the clouds to part and a bolt of lightning to strike you in the brain, you are not going to make an awful lot of work.”

“All the best ideas come out of the process; they come out of the work itself. Things occur to you. If you’re sitting around trying to dream up a great art idea, you can sit there a long time before anything happens. But if you just get to work, something will occur to you and something else will occur to you and something else that you reject will push you in another direction. Inspiration is absolutely unnecessary and somehow deceptive. You feel like you need this great idea before you can get down to work, and I find that’s almost never the case.”

Just get to work.

Start by sketching something you love. What are you passionate about? Make list. I love nature, fantasy and myth. I also love horror movies, owls, crows and bones. I love taking hikes in the woods. My imagination is fond of mixing all of these together. 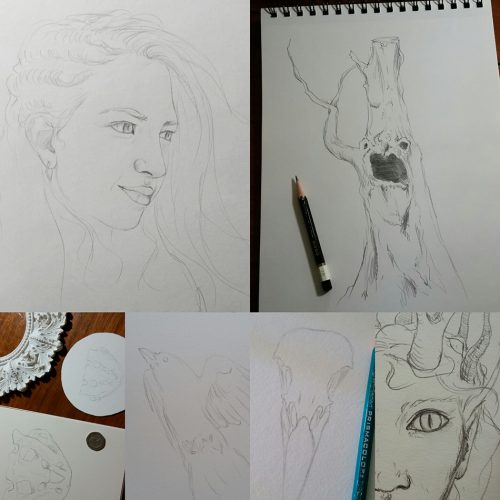 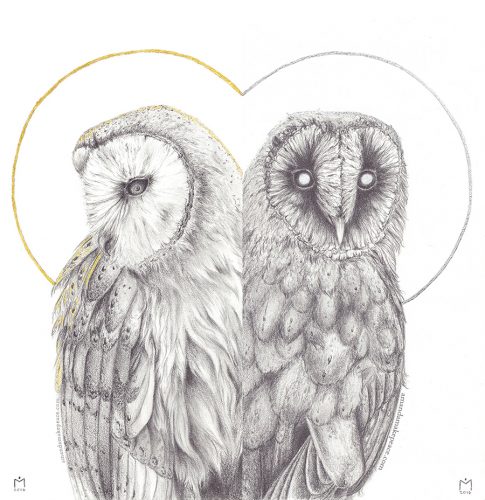 When I’m sketching the things I’m passionate about or getting out of the studio to embrace what I love, I can’t stop the ideas from forming. So if you’re struggling, stop sitting around. Take your sketchbook outside, or to a museum, or a busy town center or a cafe… Explore a new medium or tackle something you’ve never drawn before. Challenge yourself but remember, there’s nothing wrong with returning to things you’ve drawn or painted hundreds of times. You just might think of a new way to express that object or idea.

When Pinterest first popped up on the web I had zero interest in signing up for another social site. All I saw was a place to share shopping wishlists, recipes, and fashion trends. Sure, some artists were pinning items from their Etsy shops, but I just didn’t see the value. I’m going to be blatantly honest… I really don’t care much about celebrities lives, fashion trends, DIY home improvement, etc. My wardrobe is proof of this! If I’d left it at that I would have never seen the bigger picture. I wasn’t thinking outside the box. My opinion was changed when I saw author Emma Pass using Pinterest for her writing. She created boards for her books. She pinned covers, character inspiration, places, etc.

I might not be interested in redecorating my living room or finding that perfect outfit, but I’m always inspired by hidden beauty, nature, magical places and dark places. So I began collection inspiration. Here are three of my boards, a general Inspiration Board, Dark Places and History, Myth and Lore. I also have boards for Magical Places, Science, Nature and Magic, Natural History and many more. I don’t use Pinterest in the hopes that what I pin will go viral. I use it like a visual bookmark, so that I can return to it and be inspired. The images I pin can be the starting point for my own painting ideas.

Pinterest is good for saving all those redecorating ideas and recipes but it can be so much more. 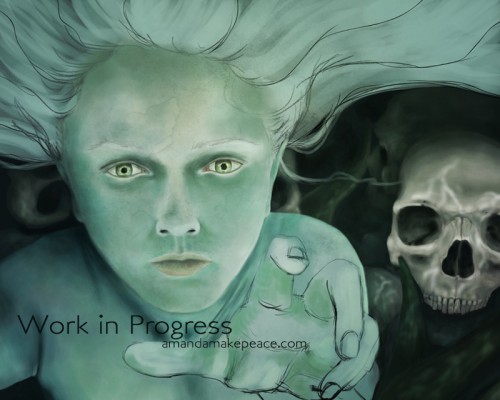 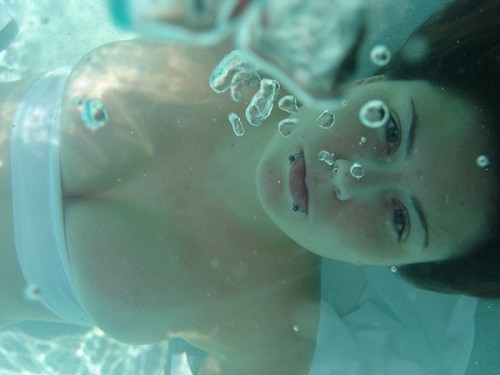 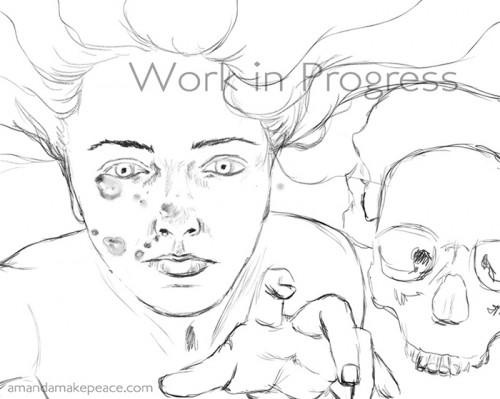 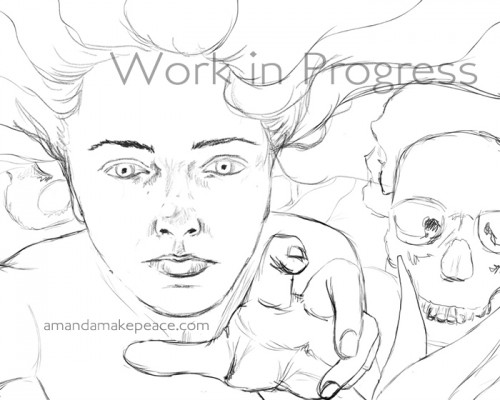