Is it Fall yet? More importantly, has the feeling
for the season of Halloween started? For some people
this is just another passing holiday, but for others, it’s
a yearly tradition that starts the second the change is in
the air.
*
ATLANTA, GA. – AUGUST, 2017 – Comic book creator/artist, Jason
Flowers tries his hand at making a fun children’s story.
But not just any normal kids book, this one represents the
season of Halloween. He constructed the project and released
it on August 22nd through www.Kickstarter.com called: Hello! Fat Crow! A story of a little fat crow that ventures to an old forgotten cemetery to wake a skeleton named Mister Larry so that he may go and dig up his four brothers to get into mischief on Halloween night.
*
“When describing the book I try to explain the story as told in the rhyming styles of Dr. Seuss with fun spooky illustrations done in the style of the old Disney’s Skeleton dance cartoon,” says the artist. “Whenever reading bedtime stories to my daughter we could never really find many great Halloween books. A few were good, some were okay, but most just fell short of what made Halloween so great to us. So one day I thought up this idea of a little fat crow that goes to visit a skeleton to wake him up. Over the years I drew doodles and ideas here and there which finally led to me writing the story out a few years ago. Fast forward to today
and as part of a personal goal to make long awaited projects, the season is coming
up and it was finally time to unleash this idea upon the world!”
*
*
Already given Kickstarter’s seal of approval, also known as a “Project that we
love” you can see why this book has already gained such great attention just by
watching the vintage, comedic, Halloween video talking about the book, artist
Jason Flowers created with his wife.
*
The book is being sold as 8.5 x 11 inches in size and forty-four pages in length
with perfect bond binding. Colored in the traditional fall and Halloween colors (orange, white, and black) the creative and moody illustrations, along with the detailed environments help make and bring this fun and spooky kids book to life.
*
Scrolling down the campaign page you can see a wide arrange of pledges
available to choose from. Starting at a digital download of the book to physical
copies, bookmarks, tshirts, limited prints, sketch drawings, or hand made original
sculptures.
*
Asking for a $5,000 project goal in a thirty-one day time frame, Hello! Fat crow!,
well into it’s second week, has already reached more than $1300 in pledges and
with the help of more supporters this book will be funded in no time~
* 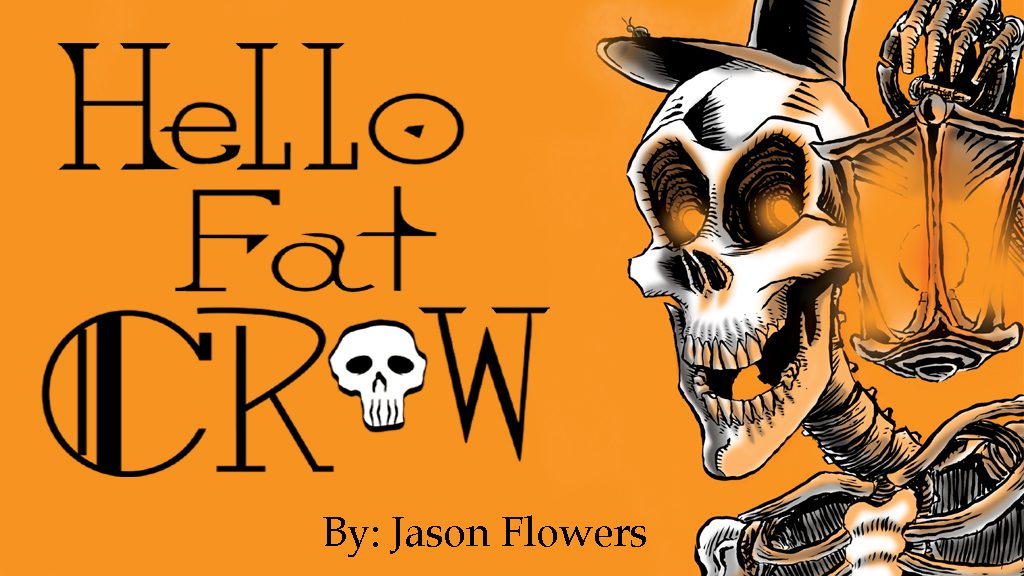 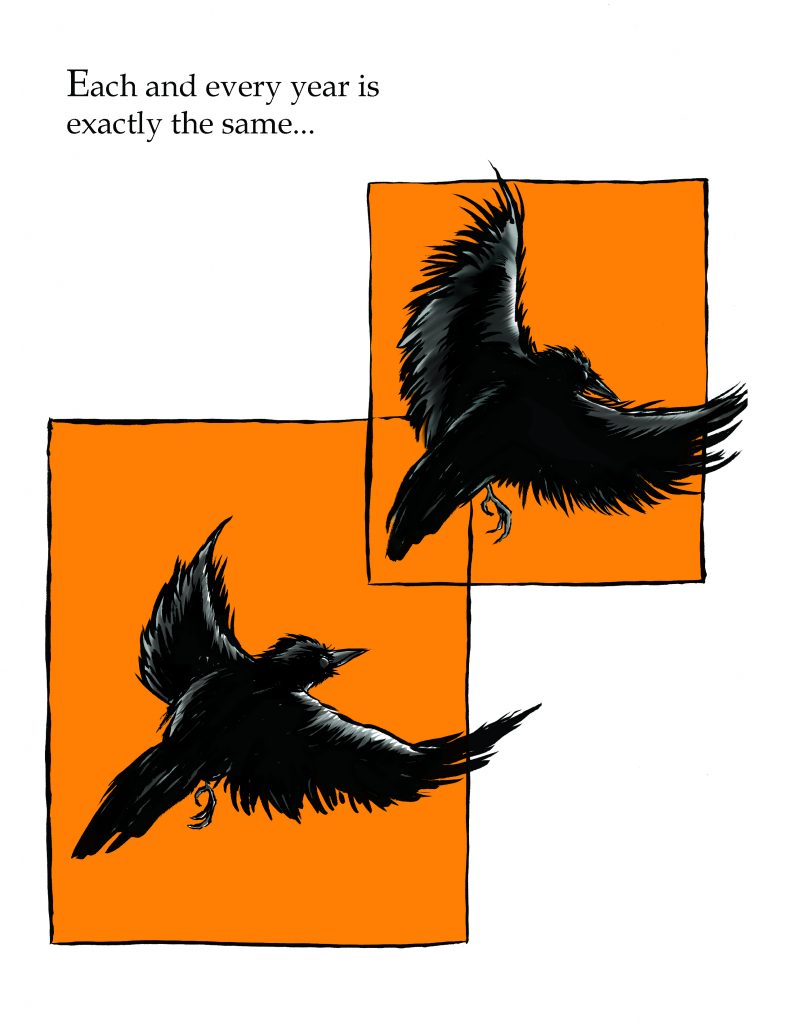 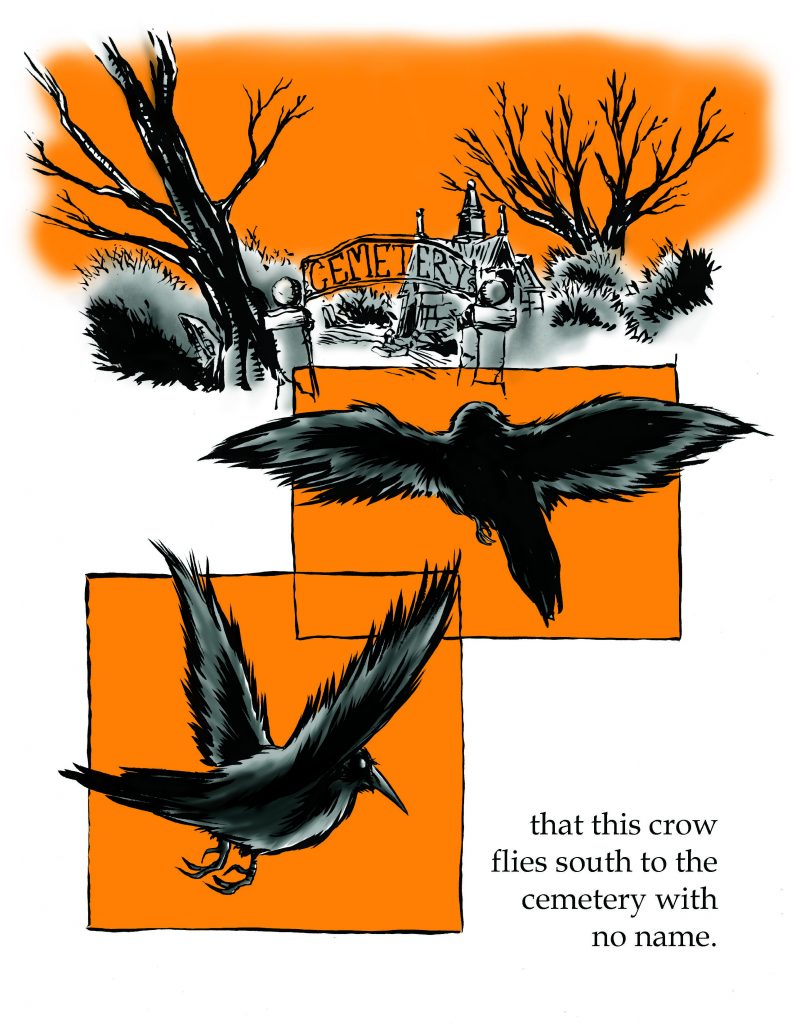 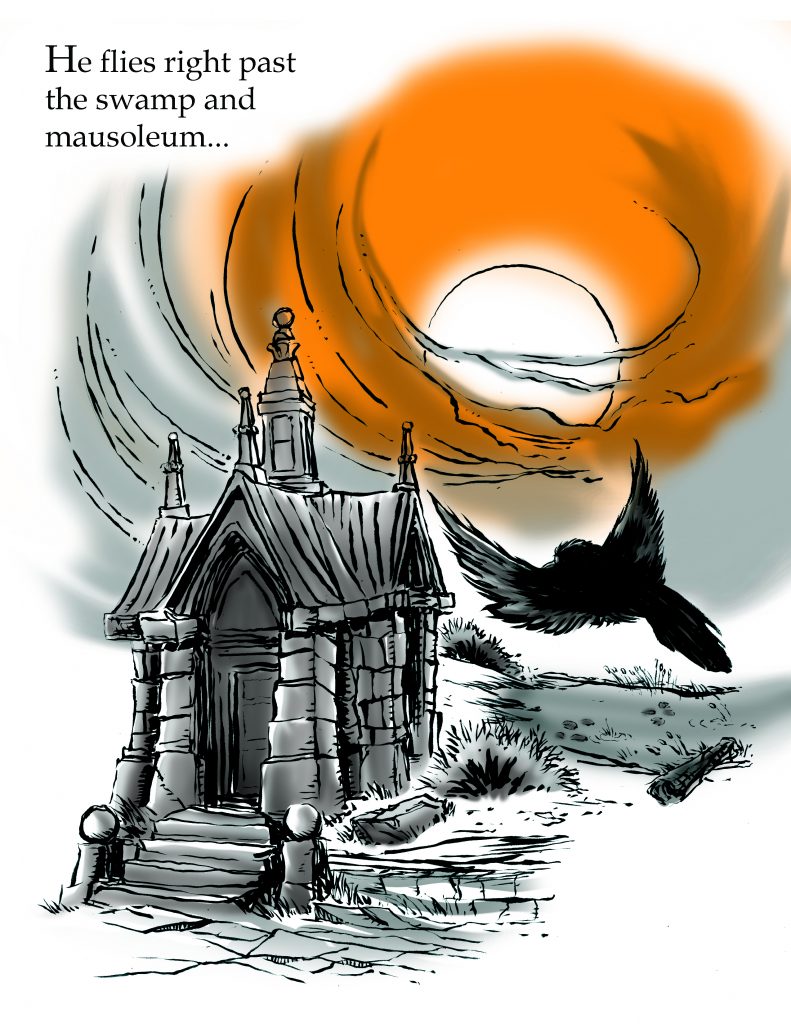 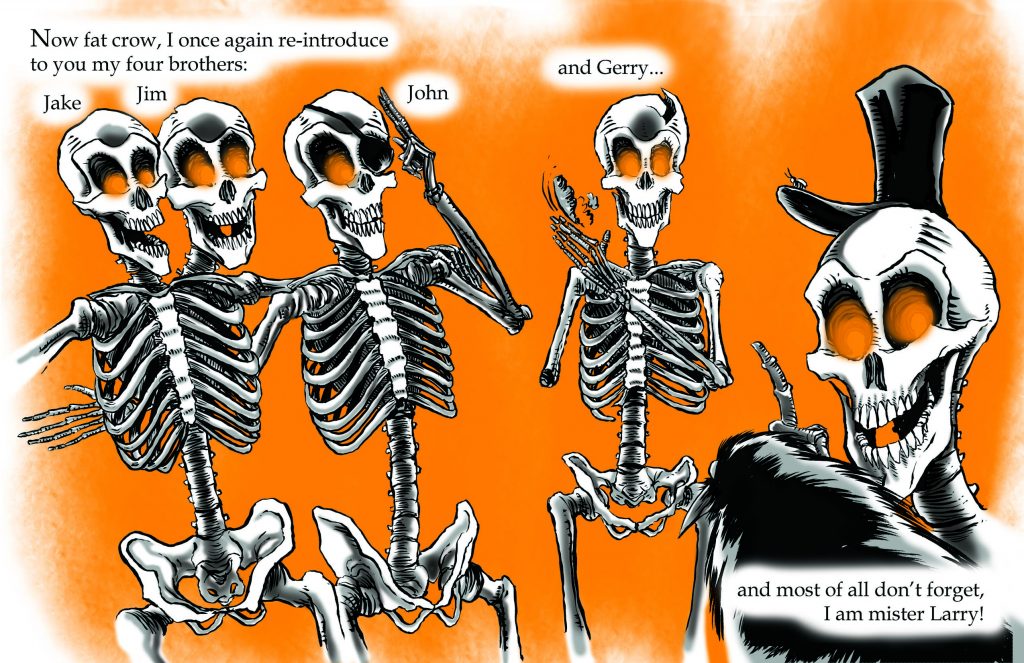