I love TV Shows. Much like I love movies and novels, I want to see a good story develop. Doesn’t matter the format whether it is in a podcast or some old book. As I told Chad the other night, I don’t know if this is still the new Golden Age of TV, but’s it feels like it gets better an better every year.

However, I normally don’t jump into a new show with my whole body. No, I’ve been burned far too many times where I’ve invested in a story line and characters and by about episode 5 or 6 the networks have made a decision not to order an additional half season (Flashfoward, Terra Nova, Journeyman, Brimstone just to name a few). Or maybe they get through that first season, but then don’t get another season.

Those are the shows I can do without at this point. Last year I waited on Lucifer, to see if it got renewed or not. So it sat on my DVR until finally they announced it was coming back this season. It was only at that point that I started watching (by the way if you tried it out but decided that the first couple of episodes weren’t your thing – it genuinely improves with every episode – I was pleasantly surprised). I realize that this is counter productive in a way, as if everyone did this then nothing would make it, but I feel like my one vote of viewership isn’t going to tip these particular scales.

This season, someone must have downloaded another piece of my brain, because no less than 4 shows have to do with Time Travel, and now I’m wondering if my rule of waiting on the shows may have to be reevaluated given my love for such things. I knew about two of them, and had added them to my list: 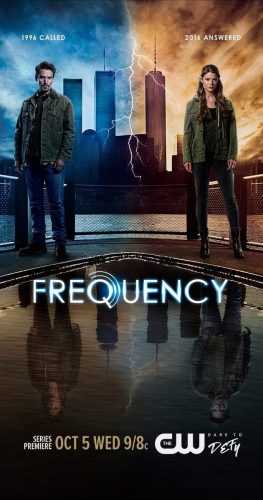 Look, the movie was amazing. This idea that a son could talk to his father some twenty years earlier, and throughout the movie they suddenly realize that the case the son is working on (he’s a cop) is the same killer who murdered his mom years ago.

I don’t want to say anymore, but it is worth watching.

This is a remake of the movie, switching the son for a daughter, and from the long trailer I saw, it seems like the Butterfly Effect is in full… effect. If this show is half as good as the movie…

Like I said, this was already getting the full add to the DVR. 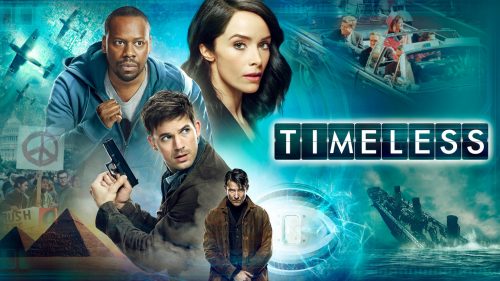 This appears to be more along the lines of agents working to fix time because someone else is screwing things up for all of history. If you’ve seen the trailer, it looks like much of the pilot is centered around the Hindenburg Crash. I’m hopeful that this one has some legs, as being on NBC means that it’s going to have the potential for more eyes, but the last time I watched a time travel show on NBC it was Journeyman, which was AMAZING, and lasted all of 1 season.

Fool me once? Who am I kidding, I’ll be watching this one from the word go.

The other two are mid-season replacements: 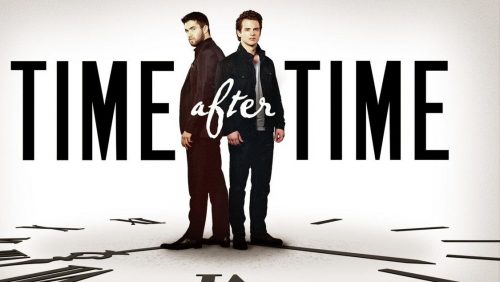 Apparently this is based on the movie/novel about H.G. Wells (yes, the author of the Time Machine) who is chasing Jack the Ripper through time.

I must admit, this is one of those movies that I keep meaning to watch and have just never gotten around to doing so. It’s one of those, that whenever I see it on tv it’s always half-over.

What I do know is that this is a Kevin Williamson tv show, so it goes on the list of one to at least give a try.

A comedy, about time travel… hmm, I’m not entirely sure how this one is going to work. Basically, a teacher/professor has a time machine that he uses every week to go back to the 1700s where he has a girlfriend and apparently the British haven’t been kicked to the curb just yet. I watched the trailer for the show and thought there is a possibility for some funny stuff, so this gets a…

I’m at least checking out the pilot when it comes on. It looks like it may be paired with Last Man on Earth, which can only help.

Writer of comics and novels. In 2006 his first short story "The God That Failed" was published by Terminus Media in their debut comic Evolution Book 1. Since that time he has had stories published in Terminus Media's Evolution Book 2 and Evolution Special, Kenzer and Company's The Knights of the Dinner Table, and Four J Publishing's The Burner #3. Currently he is eagerly awaiting the digital publishing of his first creator-owned comic The Gilded Age #1 to be published online as well as his first novel The Dark That Follows later this year.
View all posts by John McGuire →
Tagged  Fall 2016 TV Shows, Frequency, Making History, Time After Time, time travel, Timeless.
Bookmark the permalink.