“Can I buy enough RPG writing credits to springboard from vanity press to a paid freelancer?”

Since my first game of D&D with J Edward Neill, I’ve seen tabletop role-playing games as an opportunity to tell stories professionally. 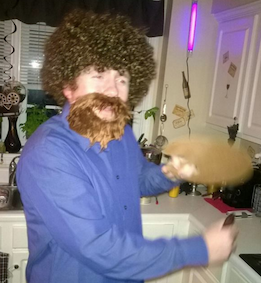 However, it’s not a profession that I pursued. I plead “responsibilities” – day job of nearing two decades, kids, over a decade into my mortgage, excessive comic book and TV consumption, you know the chorus to this song. I have not made time to create, to move from wanna-lancer to freelancer.

Certain projects on Kickstarter let you purchase the opportunity to submit content to their publication. The barebones of the idea looks like:

The writing is nothing too intensive, nothing that eats time. An adventure hook, a NPC, a location seed, a monster, or a magic item, just a few hundred words – my words, my name in the credits. This is my journey to freelancer and it starts with selecting the Kickstarter Reward Level: Vanity Press.

Primeval Thule is a Conan versus Cthulhu inspired campaign setting for Dungeons & Dragons 5th edition. Created by Richard Baker, David Noonan, and Stephen Schubert of Sasquatch Game Studio, they have written for D&D 3e, 4e, and – their most relevant product to this Kickstarter – Princes of the Apocalypse for 5e.

For most gamers, the high-concept description, creator’s bibliographies, and setting sample decided their level of interest in backing this Kickstarter. For me, it was the $250 Dungeoneer Reward: 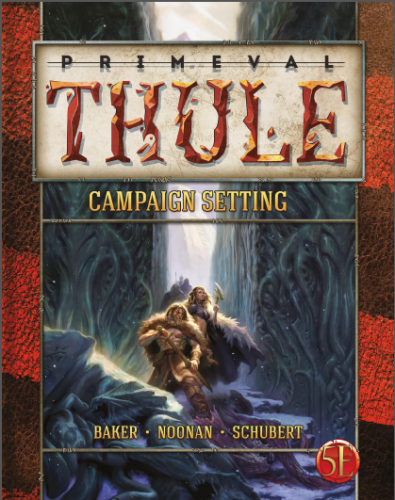 The cover to Primeval Thule for 5e

All great offerings but the sentences that opened lil’ Egg Embry’s wallet were: 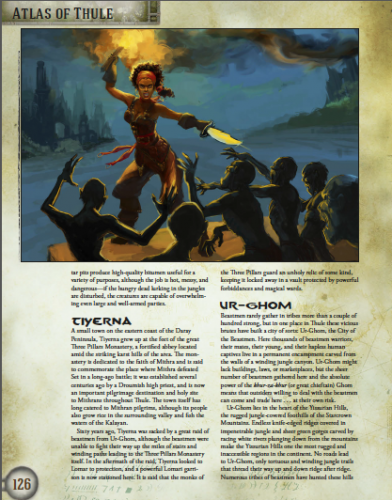 This image from Primeval Thule page 126 pops for me!

Their reward – pay-to-play or, for my situation in the era of credit cards, swipe-to-write – fit my time budget and my love of D&D. Combined with Thule’s barbarian-nightmare setting, their first-rate production values, and, top of my Christmas wish list, my words and name in print, I saw a path to freelancing with Primevel Thule as the first step.

There is a valley where mammoths go to die. Centuries of their ivory wealth litters the ground in testament to its consecrated importance. Overlooking those graves is a primordial, decaying fortress built onto a godly-proportioned mammoth’s skull and ribs. The ruins whisper of lost treasures, violence, a dead god, and a plea to escape. But no one does…

Sasquatch edited my submission, elevating it to Robert E. Howard-lite, and printed it as a sidebar within their 5e edition of Primeval Thule Campaign Setting. The process was effortless – pay, write then submit while professionals handle the editing. The books have been delivered, read, and greatly enjoyed. Vanity press RPG writer’s credit number one complete! On to number two…