Being a dad isn’t all it’s cracked up to be.

It’s much, much better.

Long ago, in the months before my son rocketed into this world, I dreamed of all the challenges I would surely face. I was younger then, and full of doubt. Let’s be honest…I was frightened. I thought to myself, ‘Raising a kid is going to be the hardest thing I ever do. How can I possibly be a guide for another human being? Everything will change. And it’ll happen in ways for which I can never prepare myself.’

I was wrong. And right. And everything in-between.

Not long after my one and only son (the G Man) arrived, I realized three things:

Just like that, it happened. The G Man was only two-years old when he and I found ourselves thrust out of our suburban paradise and into a tiny apartment. Suddenly, his life completely changed, and all my expectations for child-rearing flew right out the window. It wasn’t as terrifying as it sounds. The word I use to describe it: spectacular.   We were broke. We were cramped into a tiny space. We lost all our previous friends and family.  We were two dudes on a tiny island.

And it was mostly awesome. 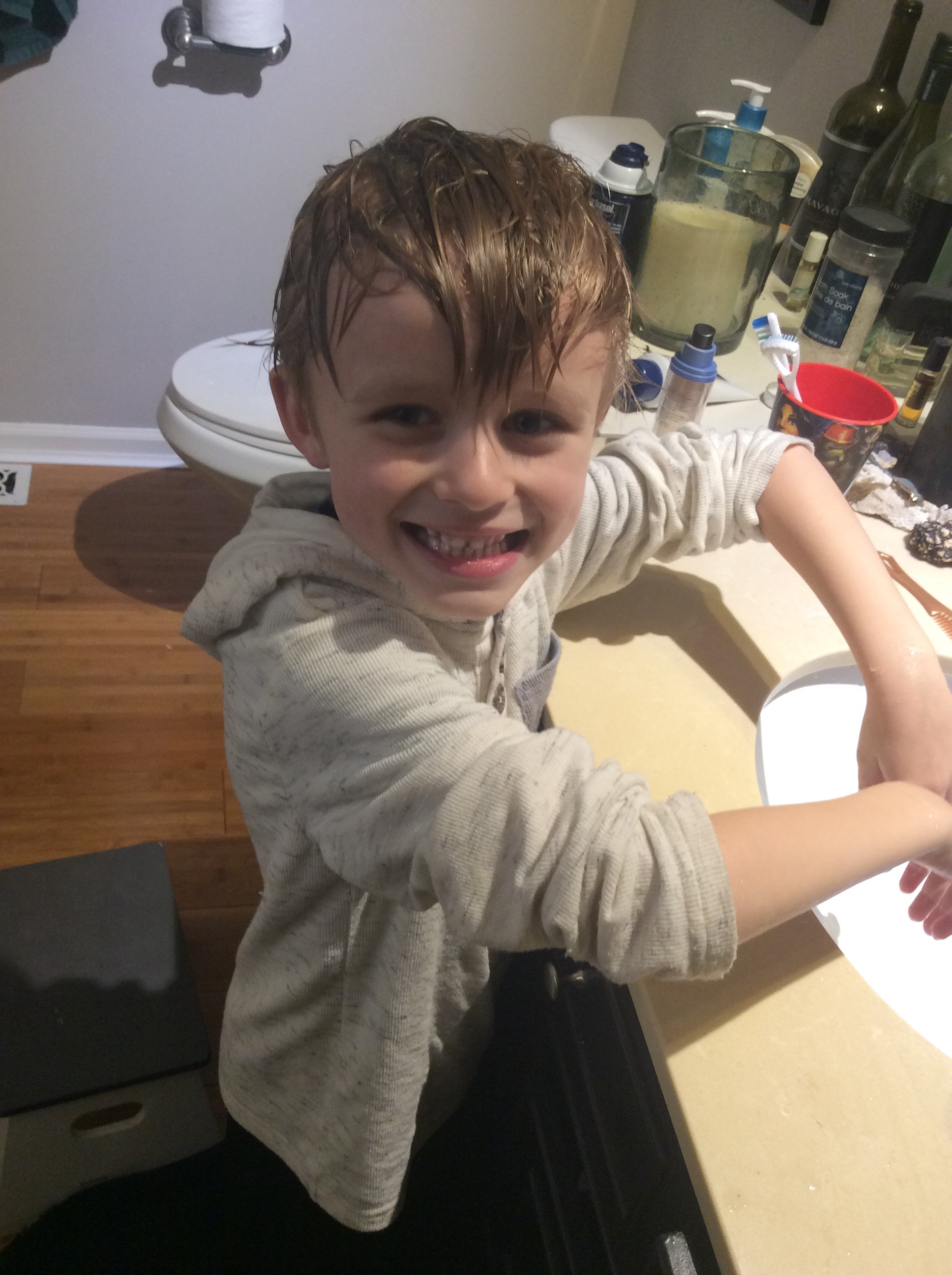 And then there was the day he decided he wanted to grow a ‘Devil lock.’ Thank you, Glenn Danzig & The Misfits…

Here we are, five years later. We’ve left our tiny apartment and moved into a slightly-bigger-than-tiny-house. We have cats. Most weeks, we treat ourselves to Taco Tuesdays and breakfast-for-dinner Thursdays. We do all the ordinary dad/kid stuff, only we do it alone instead of within a typical family unit.

This is our life.

It’s a Tuesday night, and the G Man is relaxing on the couch. He’s in the middle of reading literary classic, Calvin & Hobbes – Attack of the Deranged Mutant Killer Monster Snow Goons. Meanwhile, I’m in the background painting something on a canvas. It’s a pretty typical evening for us. We skipped Taco Tuesday in favor of our latest dinner invention, a little something G Man calls, ‘Chicken with onions in its butt,’ which tastes even better than it sounds.

During a lull in my painting progress, I lean back in my chair and consider the night. As far as weekday evenings, it might not get any better than this. Our bellies are full. We’re listening to an uber-relaxing album – Slayer’s Seasons in the Abyss. It’s almost bedtime. But not quite.

What’s next? I wonder.

The G Man is at his most impressionable age. I remember being his age (seven) and it was the same for me. Everything my friends told me, I tended to believe. Everything I saw on TV, I absorbed as if it were utter truth. As I look upon him now, I understand his vulnerability. The things he learns during his next few years, he’ll carry with him for the rest of his life.

This is the task for which I was born, I think. I must become both teacher…and student.

The G Man looks up at me. He sees me staring in his direction, and he’s annoyed.

And it’s true. I think too much.

Some of the things I worry about:

These, and a thousand other questions stew inside me. But like all things, they quickly pass. I can’t yet answer these questions. And ultimately, no matter the subtle lessons I try to instill in my son, he might very well do the opposite of what I teach.

When I look around myself, I realize we’re in a tough world. Actually, it’s always been tough. As a whole, humanity has a tendency to group-think, to segregate into specific herds, and to compel each other to believe what the rest of their chosen herd believes. It’s not particularly healthy. To be honest, it’s poisonous. The worst part of this isn’t what the adults decide is truth. It’s that the adults tend to pass the herd-mentality on to their children. They don’t teach their children how to think – rather they teach them what to think.

Believe what mommy and daddy believe.

Go about life the same way.

As I look upon my son, I understand something. All the small lessons I worry about on a day-to-day basis…they’re just that – they’re small. The real lesson is singularly large.

BE WHAT YOU WANT TO BE 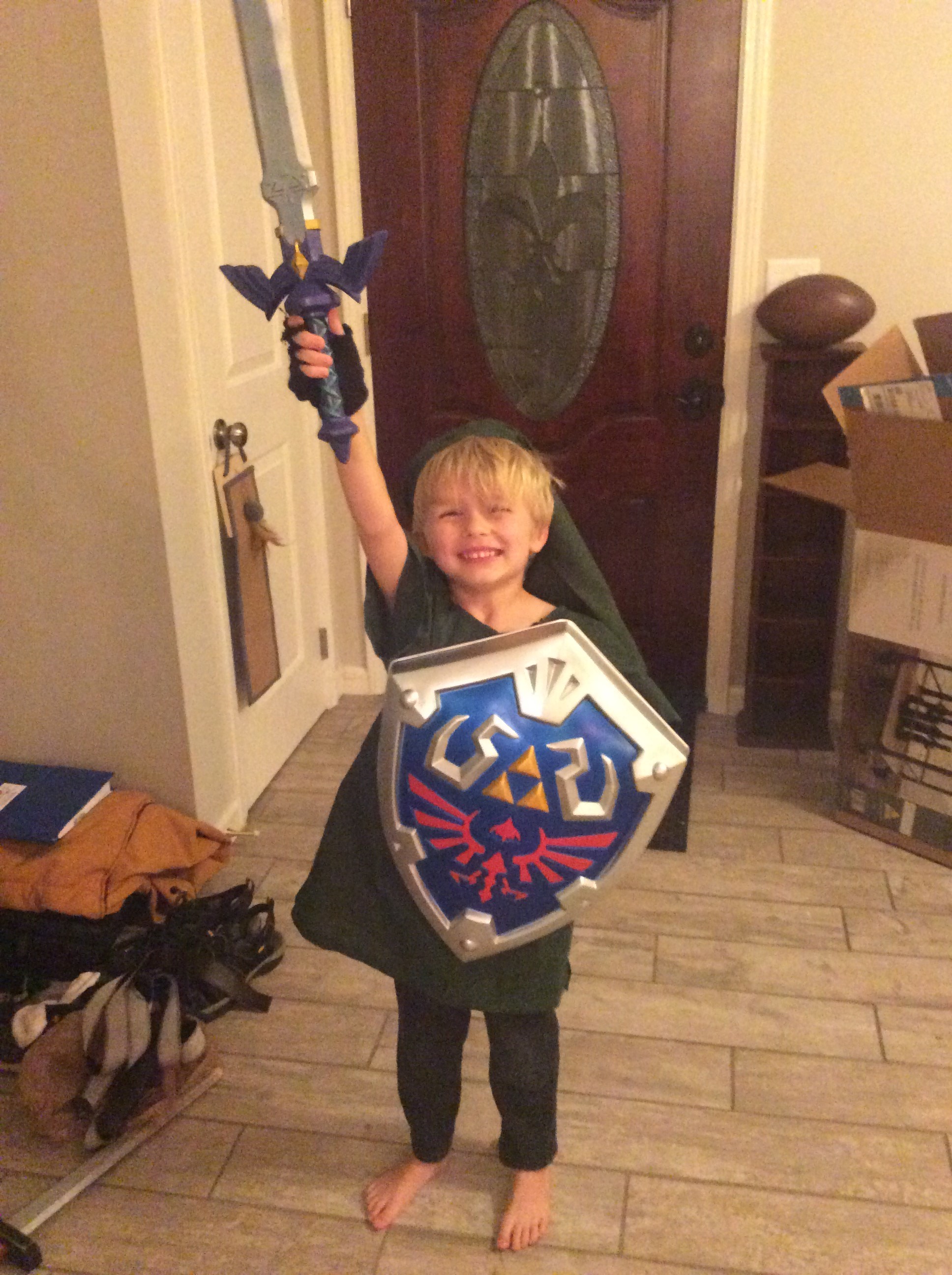 You want to be Link? Fine. But you might want to wear shoes. Hyrule isn’t always the softest place to walk.

Be what you want to be. Easy to say. Sometimes hard for parents to accept, and often even harder for kids to comprehend. For me, what this means is my son doesn’t have to live up to my expectations. He doesn’t have to follow in my footsteps. If he doesn’t want to go to college, fine. If he decides he wants to become a god-fearing, bible thumping preacher, ok. Go for it. If he looks at his life and decides what he really wants is to be a beach bum who smokes weed all day and kicks sand in society’s eyeballs, I’ll shut up and deal with it.

It’s not a parent’s job to mold children into perfect little statues. Quite the opposite.

It’s our job to open our children’s minds to possibility, to teach them to adapt, to accept risk and reward, and to know the difference between belief and truth. Above all these, it’s important to teach them how to think critically, especially when dealing with us. We aren’t the unfailing gods and goddesses our children think we are. It’s ok to let them see us fail. Actually, it’s essential.

And sometimes the best way to teach these lessons isn’t with ‘we need to talk’ conversations, but instead through subtle everyday interactions:

He asks a question? I ask my son the question right back.

He wants to discuss a topic about which I know very little? I admit I don’t know and we research the facts as a team.

He asks for my help with something? I challenge him to resolve the problem by himself.

He asks for a tough answer regarding religion, politics, or sex? I don’t surround him with my own biases, but instead open the door for him to decide on his own.

I realize this thinking is in the minority. A quick observation of other parents reveals a wide spectrum of techniques, many of which include healthy doses of indoctrination. That’s fine. It’s the way it always has been and always will be.

As for the G Man and I…we’ll be doing it our way.

We’ll have plenty of questions. But not always the answers.

We’ll be individuals, not clones. 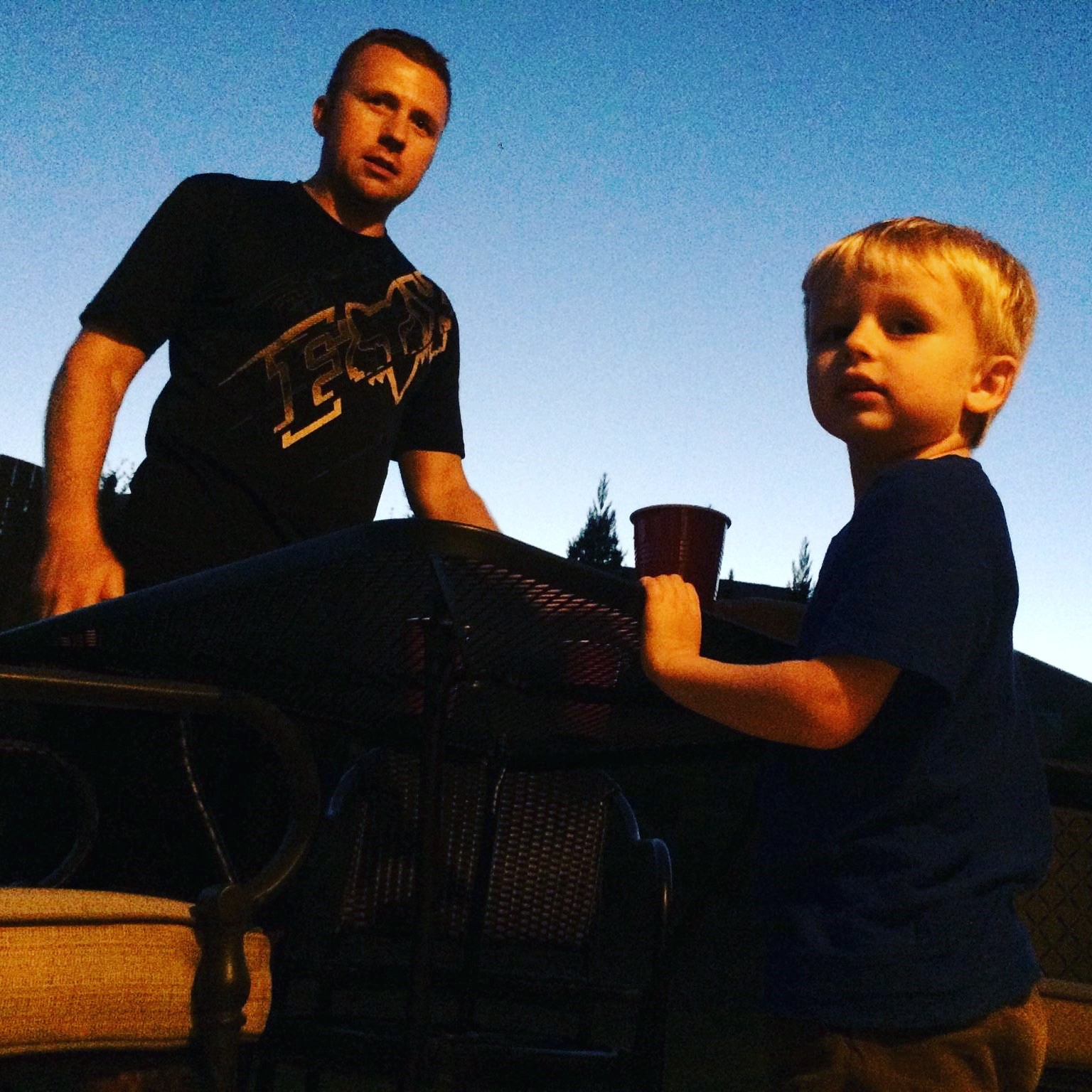 For more stories about me and the G Man, go here.