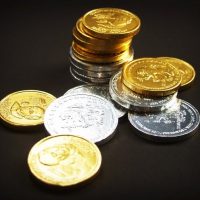 Do you read RPG news? Like most of the games and accessories that make up tabletop roleplaying games, producing it is a labor of love, and by “labor of love,” I mean it costs money. If you click on any major media online news site, you’ll see walls of ads along with paywalls requiring you to buy a subscription to know what’s going on in the wider world. Reporting the news costs. Just like those websites, RPG news sites have costs that have to be defrayed including paying for the site, site upgrades, the journalists, the editors, any budget to cover conventions or specific stories, and more. Without bombarding you with ads (BleedingCool) or creating a paywall (ICv2), how is reporting the stories that impact your gaming table paid for? To answer that, I review three RPG news sites and how they keep the lights on. This is not an in-depth examination of their finances or records, instead this piece looks at the visible and public means by which they pay for their works.

[Disclaimer: I freelance for EN World and OGN.]

This site is one of the largest RPG news sites in the English-reading world, with content focused on D&D and Pathfinder, as well as other TTRPGs. The site is part of EN Publishing, which produced several well-funded Kickstarters including the recent success, Judge Dredd and the World of 2000 AD RPG.

How is EN World funded? The easiest way to see how the site makes a return is via ads. Like all of the sites that I’ll mention in this article, EN World makes use of game-related banner ads that generate revenue through views/impressions/clicks. Beyond that, there are more direct methods that fund EN World including contributions via Patreon. The following Patreons represent a variety of content from journalism to podcasts to games:

Clearly, there are many ways to support EN Publishing, but what’s the best way to support articles on EN World? Of those, the primary option is their EN World Patreon. Contributions to that Patreon go directly to funding the articles you enjoy on EN World.

With that many sites, the better question might be: how does he pay for all of them? Like the other websites on this list, the sites draw some revenue from game-centric ads. Beyond that, there’s a few other options:

With those choices, what is the best way to support the Open Gaming Network? Direct contributions to their Patreon ensure that they can continue to create new content for the games you love while delivering some RPG news. Alternately, if you’re not able to contribute monetarily, but still want to assist, the Open Gaming Network is looking for OGL/SRD transcribers and compensating them for their efforts. To learn the details, click here.

“RPGnet is the oldest & largest independent roleplaying site on the Internet. It was founded in 1996 by Emma Antunes and is now owned and run by Skotos Tech, an online game company.” [Source]

Like the prior RPG sites, RPGnet makes use of ads to support its content. Beyond rotating ads, RPGnet focuses on curating sponsors and patrons that fit with its culture and direction. These sponsors include some well-known game companies and services:

Beyond those sponsors, there are fan contributions gathered through their annual Indiegogo campaign. Until December 19th, RPGnet 2018 Membership Drive is live on Indiegogo allowing backers to contribute to improving RPGnet. Backing this campaign not only supports RPGnet, it can grant you a set of 10 RPG PDFs:

What’s the best way to support RPGnet? Their Indiegogo RPGnet 2018 Membership Drive is your only direct option, and it ends on December 19th, 2018 so check it out here while you can.

For a little more on their philosophy, here’s RPGnet’s thoughts on ads from their Indiegogo campaign:

Though ads and affiliations pay some of our costs, we are picky about which ads and ad networks we use, so that we can maintain high-quality ads that are likely to be of interest and that won’t distract our readers. We’ve opted out of high-value ads that include audio, that expand, or that are placed as interstitials between pages. We forbid dating ads, gambling ads, gold-farming ads, political ads, and certain other categories of advertising.

As a result, we occasionally ask RPGnet readers to become members, in order to help support the community. We’ve done this on a somewhat ad hoc basis in the past, but now that crowdfunding has matured, we’ve turned to IndieGoGo for our annual RPGnet Membership Drive.

We hope that you’ll join us, and help to support the RPGnet community.