Ten Eccentric Movies Everyone Should See

There are Hollywood smash hits.

And there are bombs.

But as most of us know…

There are films that defy convention, break from the mold, and flip movie-goers’ expectations upside down. Many of these, you might not have watched or even heard of. They’re not quite mainstream, but not quite indie either.

Please enjoy my list of ten eccentric movies, all of which are worth viewing: 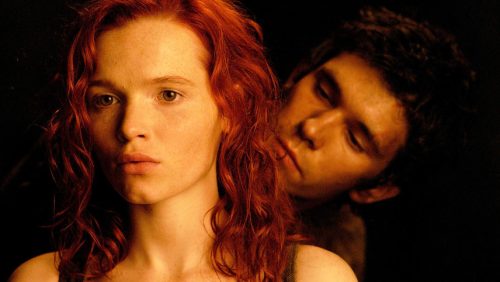 Perfume – Story of a Murderer

It’s possible I’m starting this list with the best movie of the ten. Perfume – Story of a Murderer is among the most eccentric, most gripping movies ever to hit the screen. It goes like this: a young man with a gifted sense of smell decides he wants to capture the scent of all things. Only…that’s impossible. So rather than continue trying to capture the odors of copper, glass, and dead cats, he steps up his game and makes it his life mission to make the most powerful perfume the world has ever known.

I won’t spoil it more than that. 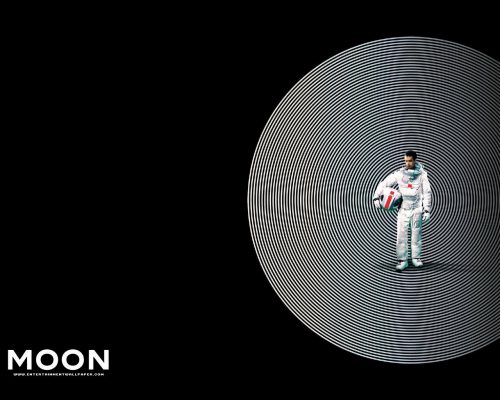 One must be careful when describing Moon, lest one reveal spoilers.

So I’ll say only this:

A lonely, lonely man named Sam (played by Sam Rockwell) exists on the far side of the Moon with the sole purpose of mining Helium-3. Sam’s only companion is an AI named GERTY. His journey is haunting, sometimes grim, and always mysterious.

Moon’s atmosphere (no pun intended) is different than any movie I’ve ever seen, while the soundtrack is flat out beautiful and chilling. 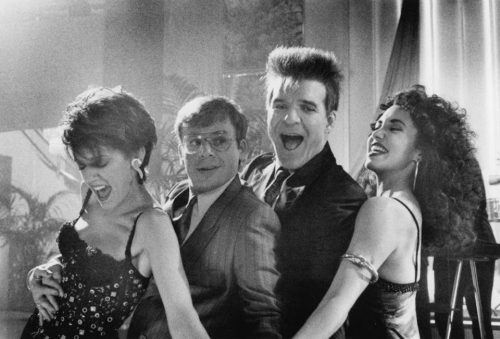 My Blue Heaven is my personal favorite Rick Moranis movie (other than mayyyyyyyyybe Ghostbusters.) And Steve Martin definitely has the best hairdo of any dude ever.

Plenty of critics will say My Blue Heaven’s premise is way better than its execution. To them I say, “Pfffffffft.” My Blue Heaven is good, silly fun. 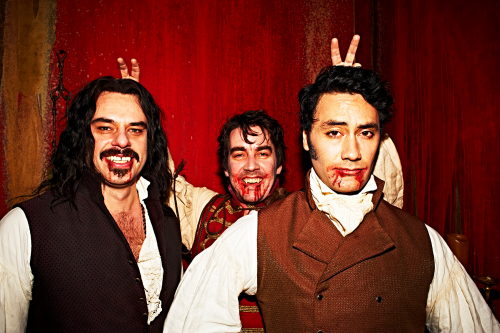 What We Do in the Shadows

Speaking of fun movies, What We Do in the Shadows is among the best of them.

The setup: four vampires living in New Zealand must cope with the everyday challenges of the modern world. This includes: wrangling new victims via a third-party, dealing with dirty dishes, bickering over whose turn it is to clean the house, etc. Each of the vampires is from a different era of history, meaning their interactions are flat-out bizarre and hilarious. It’s shot in a reality TV/documentary format, and it’s insane. 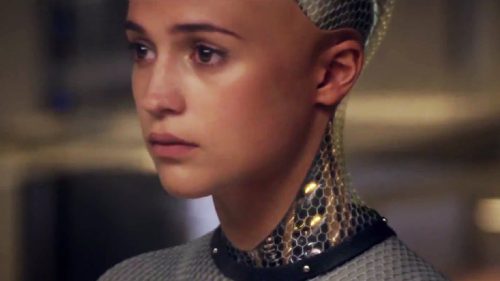 Everything you need to know about this movie appears in my thorough review – right here.

But seriously, most people I know still haven’t seen this instant sci-fi classic, which baffles me. It’s probably among the best sci-fi movies ever made. It’s that good.

The quick and dirty premise: a megalomaniac scientist creates a powerful AI, which he lures an unwitting young man to perform a Turing Test on. 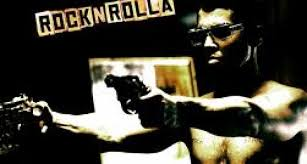 Ever seen Snatch? What about Lock, Stock, and Two Smoking Barrels? Or…ever seen any Guy Ritchie movie ever?

If so, you’ll love RockNRolla. The plot is too complex to explain in just a few sentences, but I’ll try anyway:

When a Russian real estate magnate pursues big-time property in London, the worst of the city’s criminals close in for a piece of the pie. Meanwhile, the mobster’s son, a drugged-out rocker named Johnny Quid, is the key to the whole deal working out or completely unraveling. And meanwhile, meanwhile, a gang of thieves (played by Gerard Butler, Idris Elba, and Tom Hardy, to name a few) gets in wayyyy too deep.

I’ll just leave it at this – RockNRolla is top-notch Brit crime comedy. 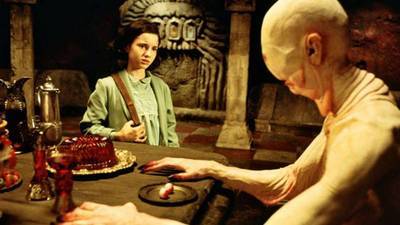 In it, a little girl seeking refuge from a horrific civil war stumbles into a web of dark secrets surrounding her (sadistic) stepfather’s mansion. In typical del Toro fashion, we’re sucked out of the usual Hollywood fantasy tropes and thrust into something eerier, crawlier, and more visceral.

It’s not really a fantasy movie in the typical sense. Nor is it quite horror. It’s about a little girl trying to escape her awful reality, meaning it’s a step above most of the fiction fare you’ll ever see on the big screen. 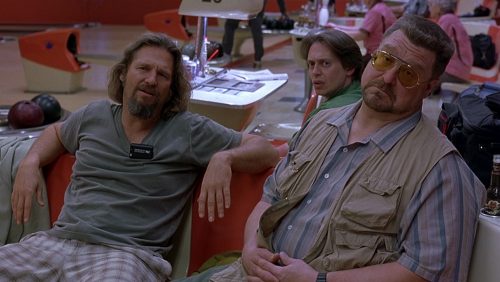 You’ve maybe/probably heard of The Dude. At least, I hope you have.

Mashing up Jeff Bridges (mellow) John Goodman (insane) and Steve Buscemi (obnoxious) to star in a movie about a missing rug, a cheating wife, mistaken identity, and bowling, was pure genius from the start. And to call it a cult classic is easily an understatement.

My favorite parts: when John Goodman goes off on John Turturro’s (playing Jesus the bowler) teammate. And then of course the big fight with the nihilists (one of them is played by Red Hot Chili Peppers’ Flea) at the end. 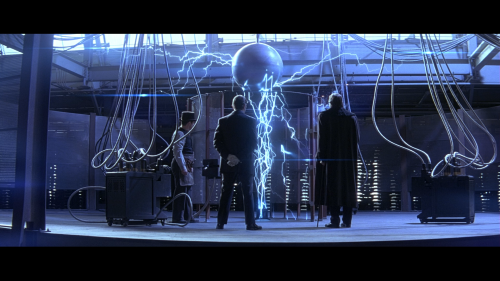 “Are you watching closely?”

The plot: when a stage magician’s wife (Piper Perabo) is accidentally killed during a dangerous trick, a cold war begins between her husband (Jackman) and the man (Bale) who may or may not have been responsible for her death.

Everything about The Prestige is a bit dark, a bit tragic, and shadowed by questions about what’s really going on. It’s not really about the stage tricks the two warring magicians pull off. It’s about the rivalry between them, and how much damage the whole concept of revenge can do to everyone involved. 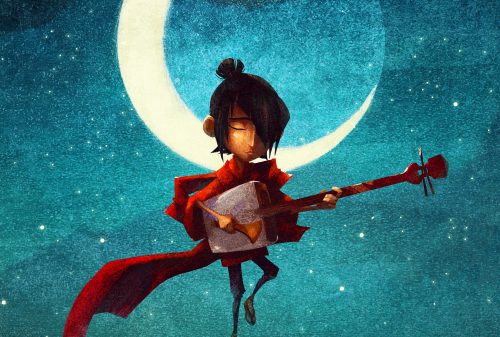 Kubo and the Two Strings

I figured I’d tie in a kids movie, because…well…so many of us have kids, and kids love movies, too.

Kubo was one of those films I didn’t know anything about when I sat down in the theater to watch with my son. We’d seen exactly half of one preview, and we didn’t really know what we were getting into.

What we didn’t know – Kubo and the Two Strings is an elegant tale about a little boy, a monkey, a giant beetle, and a tiny paper man…and all their adventures as they try to escape the boy’s dreaded (and all-powerful) grandfather. The fight scenes are somehow bloodless AND intense. The subject matter is full of quiet wisdom. And the movie itself is beautiful. My son was riveted during the action, and full of sharp questions about life, death, and love afterward.

What more can you ask for in a kids’ movie?

The Machinist – Christian Bale lost a million lbs. for the lead role

Now go read something else.