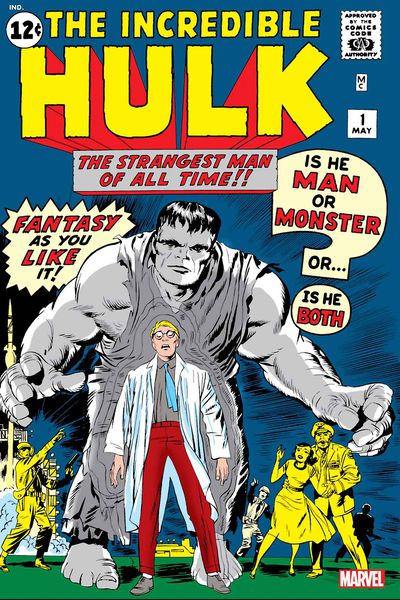 Sure, I watched the old tv show with the sad music playing at the end as he hitchhikes across the country. I actually think of those types of shows as “Incredible Hulk” style shows, with the story or the week, the guy helping people in a town, etc. I’ve waited for him to say “Don’t make me angry… you wouldn’t like me when I’m angry”. I’ve seen the tv Hulk movies (not much to write home about, though I’m pretty sure Thor and Daredevil appeared). I dug the Ang Lee “24” version up until the end of the movie. The Ed Norton one was ok at best.

And then there have been the Avengers movies where it just works.

You see, in the comics, he was an original Avenger. He was there for all of like 2 issues. That was it.

Because, the dumb, Hulk Smash version of the character isn’t really a “team player”. In fact, in those early days, he was a bit more of a bad guy when he popped up in some of the comics. But, that version never much appealed to me.

However, I have a friend, James, who is a Hulk guy. He has hundreds of issues. He’s read it when it sucks and he’s read it when it has been really good. So when the newest series: The Immortal Hulk came out over a year ago, James immediately raved about it. But it wasn’t that it was just a Hulk book that was good. He talked about it like it was a Horror book. 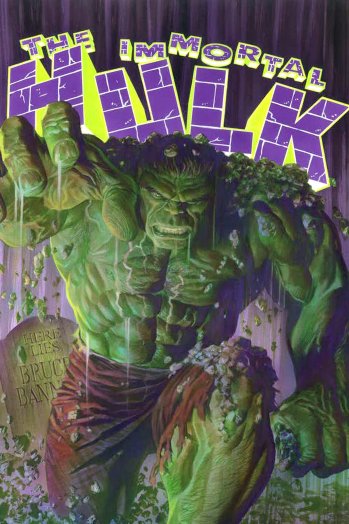 So, after much talk about it, I picked up the first trade and read that first issue.

In fact, if it had been a Tales from the Crypt episode where instead of the Hulk rampaging and breaking a bunch of bad people it was a random monster… you wouldn’t even question it. Or maybe a dead comes back to life story… like this:

“At a gas station in the middle of nowhere, a desperate man ends up killing a trio of innocents in a robbery gone wrong. Three bodies were delivered to the morgue this afternoon. By morning, only two remain. And the ones who killed them are dying or broken.”

I mean, that is the plot to an undead creature movie.

Even the way that Joe Bennett draws the Hulk… this isn’t a dumb Hulk and this isn’t a Hulk where Bruce Banner is in charge. This is something else. Something with a sparkle in his eye when it is time to do some damage. An avenging devil? Or something worse?

Al Ewing even starts off the comic with a thought about human nature. It’s the idea that everyone is two people:

“And the one you try not to see in the mirror.”

The answer he gives tells you everything and nothing at the same time. 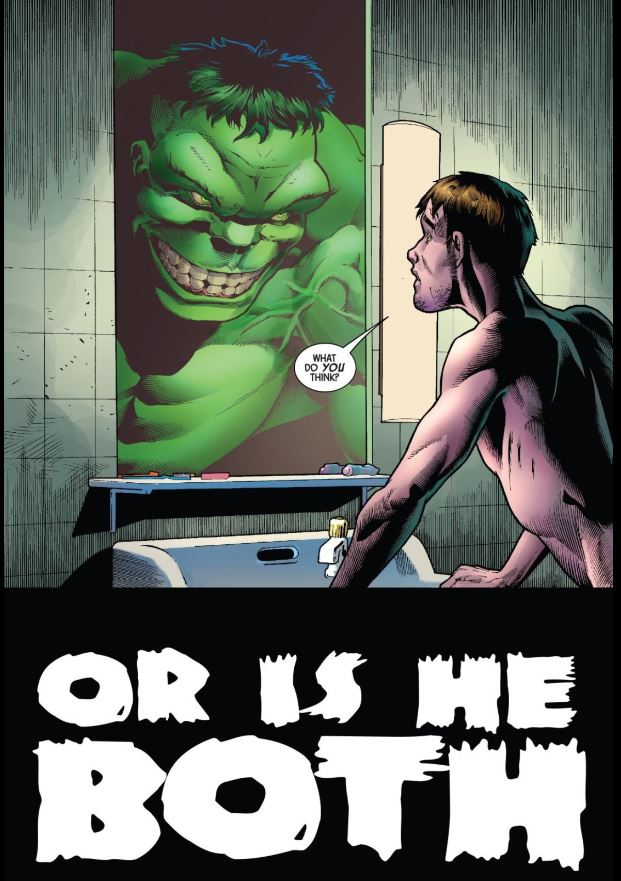 It tells you that this isn’t a regular Hulk book. This isn’t just another superhero story. This is something different. Something which ties to ideas in the past. Something which allows Al Ewing to use the character in a way that hasn’t been done before. What does it mean to have a Monster inside you? All that power… and yet, the character has mostly feared it. Maybe due to losing control and hurting someone. Maybe due to not wanting to understand his own duality.

And now, just maybe, the monster within has some other ideas…

Writer of comics and novels. In 2006 his first short story "The God That Failed" was published by Terminus Media in their debut comic Evolution Book 1. Since that time he has had stories published in Terminus Media's Evolution Book 2 and Evolution Special, Kenzer and Company's The Knights of the Dinner Table, and Four J Publishing's The Burner #3. Currently he is eagerly awaiting the digital publishing of his first creator-owned comic The Gilded Age #1 to be published online as well as his first novel The Dark That Follows later this year.
View all posts by John McGuire →
Tagged  Comics, Horror, Hulk, John McGuire.
Bookmark the permalink.