The Movie Makes the Man (Sometimes)

Once upon a time, I contended for the title of the world’s biggest movie buff.

Every week between 1990 and 2008, I’d scan the roster of movies coming out that Friday (or Thursday night, if I felt like wrecking my sleep patterns). Typically between 5-8 new movies would pop up on my radar. Honestly, I wanted to see almost all of them. I’d set aside a large portion of my paycheck to see the ones that excited me first, but early in the next week I’d shell out more cash to see the ones I felt only ‘meh’ about. The quality of the movies became less important than the quantity. I found things to like about ALL of them, no matter how terrible, boring, or absurd. 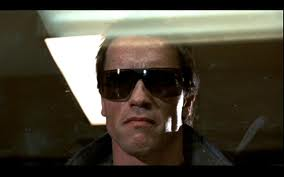 You’re right, Arnie. You will be. And so will I.

After I cleaned out the theaters of anything even remotely watchable, I’d rent VHS tapes (remember those?) and later DVDs from Blockbuster. I went back and watched movies I’d already seen a hundred times (I’m looking at you, Terminator, Bram Stoker’s Dracula, and Braveheart). I’d rent foreign films whose characters’ names I couldn’t pronounce and whose titles have largely leaked out of my mind, but whose subtle lessons stuck like super glue. I’d watch and watch and watch. I’d go to work and quote, quote, quote. I’d try to help all my friends by telling them which movies were awesome and which ones sucked and which ones, “…just aren’t for you, Russell.”

At some point in 2009, I fell off the wagon. Real life began to shove my movie obsession aside, and the urge to write novels late into each night defeated my lust to consume endless film. I went from ‘…watches 4-7 flicks per week’ to my current state of ‘…has only been to the theater twice in three years’ and ‘…hasn’t sat on the couch and watched a good movie in eons.’

To this day, some of those movies, however random, stick with me. Some have influenced my tastes, others contain quotes I can’t let go of, and still others I’ve absorbed parts of for use in daily life. Yes, I know that’s weird. Eating movies and find them nutritious. Copying fictional characters’ behaviors. What the f@#$(? .

So here are some of the ones that really stuck. Go ahead and laugh, roll your eyes, and maybe reminisce a little bit. But mostly, enjoy:

Office Space. Milton. You remember him. To this day, I hide my stapler. Admit it; some of you do, too. Come to think of it, I hide everything at my desk. Ask me to borrow a pen, and I’ll deny I ever had one.

Everything about this movie. All of it. 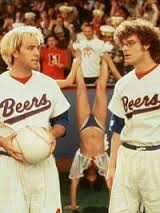 Baseketball: Everyone else in the theater (about twenty people) fled within the first hour. I stayed. And then I watched it twice more that week. In the same theater. And this wasn’t even the worst movie I did this for. What the hell was wrong with me?? 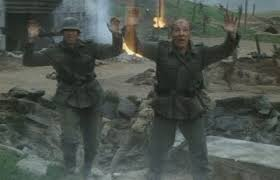 The not-so-famous ‘Look, I washed for supper!’ scene from Saving Private Ryan. Even today, I sometimes quote this line and mimic the Germans’ hand waving. And people get all like, ‘What the F is wrong with J?’ 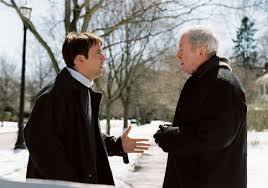 In 2005’s The Weather Man, Nic Cage runs out of cash in his wallet after buying a single cup of coffee. His dad, the mighty Michael Caine, asks, “”You had enough money to buy a coffee, but not a paper?” Ever since I watched this seemingly innocuous scene, I’ve been a little OCD about having at least $20 in cash in my wallet…at all times. I’m completely serious. Mostly. 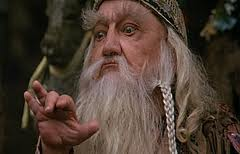 In 1988’s Willow, the High Aldwin asks Willow which finger contains the power to control the universe. Willow almost chooses the correct answer, which is to pick his own finger. No lies; ever since watching that scene 487 times, I force myself to look inward when solving any problem. (Plus I developed a brief crush on Sorsha, quickly dispelled when she later showed up in that movie with Bill Murray) 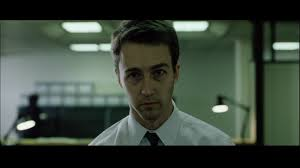 Speaking of movies, I hear this will one day make for a great one.