My office mate, Ian, has a theory that if you can come up with the quintessential Thanksgiving movie you could be set for life. There are tons of Christmas movies and plenty of Halloween movies, but Thanksgiving is kind of left out in the cold. So I thought I’d try to find some Thanksgiving holiday movies to hold you over while you recover from the turkey coma we’ll all surely be in sometime on Thursday.

Instead, it seems Thanksgiving mostly allows for the other classics to be watched or series of movies to be binge-watched. I fully expect that the Rocky series will be played in its entirety at some point this week. Maybe the Karate Kid or just a series of 80s movies rounded out by Ferris Bueller.

So how about some “Thanksgiving” movies? 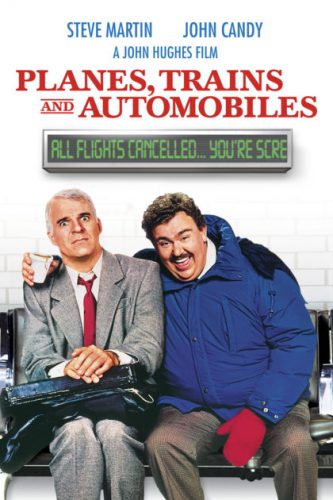 I didn’t even realize this was a Thanksgiving movie until I started writing this blog. In my mind, it is snowing and he’s got to get home for the holidays = Christmas. But no, he’s getting home for Turkey Day!

This is John Candy at maybe his best (probably just behind The Great Outdoors for me) and Steve Martin nails the “straight guy” in their duo perfectly. The idea of two complete strangers needing to depend on each other in order to get home… and hijinks ensue from there.

Seriously, even if you aren’t trying to find Thanksgiving movies, this should be near the top of your comedy list. 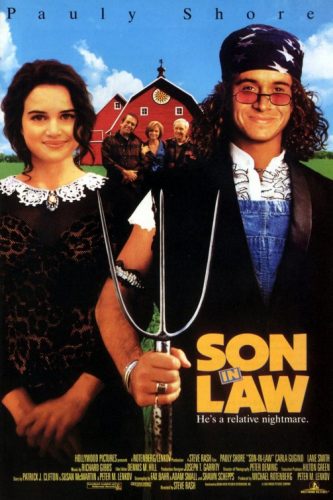 This movie only exists because the girl feels sorry for Pauly Shore “Crawl” and invites him home for Thanksgiving (as otherwise, he’ll be by himself on the holidays). One of those movies where I had no desire to watch… much like many of the Saturday Night Live movies of the early 90s. But this is one where you assume it will be Shore running around on a farm for 90 minutes acting stupid… and it totally is, don’t get me wrong. Somewhere along the way, this one shows that it has a little bit of heart – as he tries to help his friend become the person he knows she can be.

Yes, a “Weasel” movie where he helps someone come to their senses. Crazy.

And I’m out. Oh, there are others – The New World, where we get the story of Pocahontas, Home for the Holidays, that I recognize the name and nothing else about the story it presents, A Charlie Brown Thanksgiving – which is beyond a classic, and yet I remember The Great Pumpkin and the Christmas Specials and not really that one. And so on. I found a list that mostly just has movies on it because there happens to be one moment that may or may not be Thanksgiving related.

Maybe Ian is correct? We apparently NEED a solid Thanksgiving movie so that we know exactly what we’ll be watching on Thursday or Friday or whenever during the week.

I mean, secretly I’m still waiting for the Eli Roth “Thanksgiving” movie, just to get the list into some level of respectability.

Writer of comics and novels. In 2006 his first short story "The God That Failed" was published by Terminus Media in their debut comic Evolution Book 1. Since that time he has had stories published in Terminus Media's Evolution Book 2 and Evolution Special, Kenzer and Company's The Knights of the Dinner Table, and Four J Publishing's The Burner #3. Currently he is eagerly awaiting the digital publishing of his first creator-owned comic The Gilded Age #1 to be published online as well as his first novel The Dark That Follows later this year.
View all posts by John McGuire →
Tagged  John McGuire, movies, planes, son-in-law, Thanksgiving, trains and automobiles.
Bookmark the permalink.