The Trouble with Being Human

We were never meant to be happy.

Think hard on it. Find a quiet corner and dwell on it. It’s never been a matter of opinion. The point of being human hasn’t ever been to be free, to live long and prosper, or to carpe diem. The purpose of being alive isn’t to love, suffer, be entertained, or have wild adventures.

The only purpose of our existence is to survive.

It’s written into our genetic code. On a cellular, maybe even atomic level, our blueprints aren’t made for happiness. The only thing our DNA cares about is living. Not living in luxury. Or in poverty. Or in any particular place, time, or situation. On a molecular level, we’re driven to adapt and to exist. We need to eat, breathe, eliminate, and reproduce. Nothing besides survival matters.

Trouble is; many of us don’t have to fight to survive any longer.

And therein lies the struggle.

Now let’s be clear. We’re not talking about people who do have to struggle to survive. We’re not talking about hidden tribes in the Amazon, refugees in lands ravaged by permanent war, or farmers who work 23 1/2 hour days. We’re talking about you, yes you, reading this right now. The human with time to spare. The man or woman who eats meals created by someone else, who lives in a house built by others, the lucky person with better things to do than live in constant fear of death.

What are we doing with ourselves?

But we haven’t found anything yet. 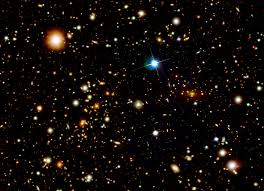 Check out all these cool galaxies you’ll never get to visit.

Leisure. Fun. Liberty. Entertainment. What do they have in common? You already know the answer. They’re products of modern humanity. A few thousand years ago, these pursuits occupied a tiny fraction of our lives. And now…well…now the scales have tipped. Our bodies remember that we must survive, but our minds haven’t the slightest clue. It’s not that we’ve gone soft. It’s not as if we should yearn for the days of scavenging, hunting saber-tooth tigers, and dying at the ripe old age of twenty-two. We’ve adapted to this new life, this comparably easy life. We don’t know shit about survival because we’ve never really had to do it. Maybe that’s a good thing. Maybe not.

And so, in the big empty void that remains, we search. We look for answers. We seek out fun. We make stuff up. We savor wonderful things such as art, science, stability, and hope. We invent religions, spar over politics, search for love, and bicker over the question of why we’re even here. We have all this time, more than we’ve ever had in the history of human society.

And because of it, we rebel against everything our bodies are made for.

In conversations with friends, I’m struck by a common theme amongst all of them. They don’t know what they really want. Some are more honest about it than others. That’s ok. No judgments here. But it all comes back to the very human admission that; although everyone seems to seek happiness, most of us only find it in fleeting moments, in the small, unexpected encounters of life. Human culture (American culture in particular) is shadowed by the notion that entertainment = happiness. As if going to a football game, watching Walking Dead, making a crap-ton of money, or playing 17 straight hours of Xbox equals actual, palpable contentment with our lives. But from simple observation, it appears none of these things make anyone happy. At least not for long.

Most of the time, they just distract us from having to be human.

Like I said, I’m not judging anyone. I seek out as much distraction from reality as anyone else. Even while knowing movies, games, parties, and sex won’t fulfill me, I stagger through it all, tipsy with the desire for fun, but rarely drunk with it. It’s probably true I’d find more contentment wandering alone beneath the stars, having long, slow conversations in the dark, and quitting my day-job to paint, write, and create until the end of time. But too often, I purposely distract myself. And don’t we all? These things we do are called ‘diversions’ for good reason. They divert us from the reality that we’ve nothing to really do anymore, that we’re filling the void of needing to survive with things. With stuff. With beautiful, mind-numbing fluff.

So what’s the answer?

There is none. At least not one I can fathom. I’ve theorized that one day we’ll all plug ourselves into a permanent create-our-reality engine, but it’s not as if it’ll matter to anyone alive in the here and now. Every road I travel and every social media banner I see screams out how to find happiness. The world tells us to be grateful for what we have, to cherish the small moments, to ignore all negativity, and to hug our children (and our dogs.) But I’m not convinced. I hear people say they’re happy, but I see something else behind their eyes. I glimpse malaise in place of passion. I see embers cooling, not fires roaring. We’re all weary. We’re all in need of epic-level distraction. The pursuit of happiness looks legitimate, but it feels false.

If humans were united in a true cause to make it all have meaning, we’d do it. But instead it feels like we live on islands. 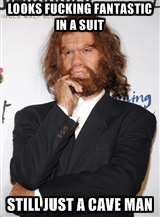 This isn’t a condemnation of humanity. Hardly. It’s not even particularly scientific. It’s just an observation that all the things we’re doing don’t seem to have any connection to what we say we desire. Is it because of some error in human engineering? Or…is it just that we’re not really designed to seek out and maintain happiness? I’m sticking with the latter. Life can be what you make of it, but only to a point. Because even though we all try to be different, inside we’re mostly the same.

Does technology make us happier? As in; do fancy iPhones, huge tv’s, and badass cars increase our quality of life?

Is it always valuable for the media to stream reports of events we’re powerless to affect?

What will happen if, five-hundred years from today, all the primary problems facing us (food, disease, poverty, war) are eliminated?

For these, I have no answers. Because sometimes contentment comes from not knowing. Entertainment might not bring happiness, but perhaps acceptance has a shot.

The glass isn’t half-empty or half-full.

The glass doesn’t even exist.

We made it up.

For slightly softer philosophy, check this.

To dig in places deeper and darker, go here.