The trailer for the new Fantastic Four was released today, and I really don’t have anything much to say about it. In fairness it was more of a teaser than it was a trailer. But I wasn’t upset by it, I wasn’t blown away by it… mostly I thought it was “Safe”. 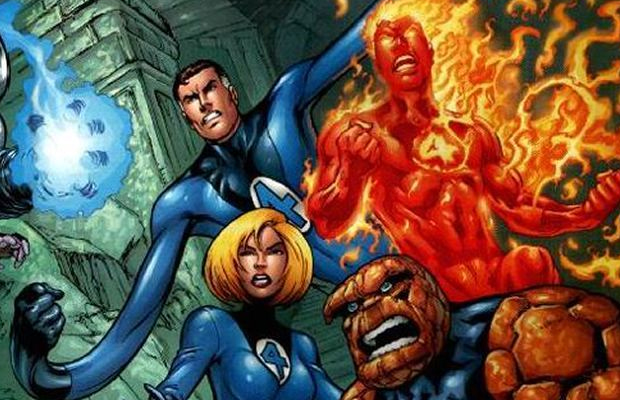 Through the grapevine over the last few months, in those places we comic nerds like to scurry to in order to read about the latest goings-on in comics, there has been a lot made of that this movie is a… I want to put this politely… a dumpster fire. They are currently (or maybe they are done at this exact moment) back in Lousiana to reshoot some scenes, which those who are anti-FF movie take to mean that things have completely spiraled out of control and the studio is even considering not releasing the film (yeah, I think the trailer today dashed that rumor). The others are out there waving their hands and telling everything there is nothing to see here, just standard operating procedure.

And so we’ve been left with a trailer that is ok.

But I was wondering as I watched it… are they trying to capture the imagination of those people far and wide? Do they assume that we know who those characters are? Even the final logo was just “FF”, not Fantastic Four.

All that seems weird to me.

I normally use my wife for these types of questions about comics and what the general public “might” know about them. This is less effective today versus about a decade ago, but I might ask her what Spider-man’s secret ID was and she’d respond with Peter Parker. If I asked (pre-movies), what the name of his wife was she’d probably shake her head.

And if I asked her to name the characters from the Fantastic Four, prior to the two previous movies, I know that she would have no clue about them. Even now, if I went into the bedroom, gently woke her up, and then popped that question I’m not entirely convinced she could name all 4 members.

This isn’t to say that Marvel (or Fox or Sony) shouldn’t do movies with characters that you don’t know. I believe Guardians of the Galaxy proved that if the story is good enough that we’ll fall in love with a walking tree and a talking racoon. But if you remember that particular trailer they went ahead and gave you a little bit of information about the characters within it.

Again, the FF trailer doesn’t do this. It is fast shot of people and moments that make little sense to me, and I know who they are. 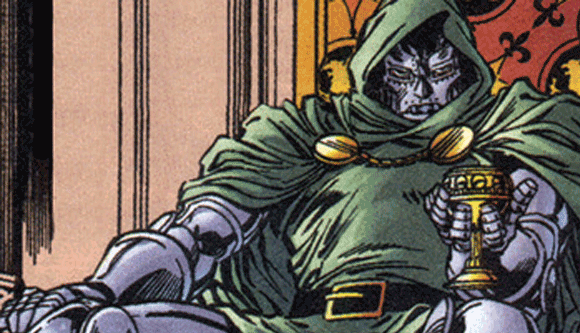 I am worried about this character in the new movie. The term “social blogger” and Doctor Doom do not belong in the same sentence.

So it had me scratching my head more than anything else. Just trying to figure out what the marketing campaign for this one is all about.

And its a little worrisome because Fantastic Four was, for much of my life, either my favorite or second favorite comic that I read month in and month out. During college there was a stretch of about 6 months that the only three comic series I collected were Fantastic Four, New Warriors, and the Flash. It is one of those franchises I want to see do well. I want those characters to become household names in the same way that Wolverine or Iceman or Iron Man or Thor has become in the last decade.

The previous 2 movies don’t help with this either… though I will say that Chris Evans nailed the character of Johnny Storm (aka The Human Torch – another big-time favorite of mine) in every way through those 2 movies. But it is almost like people can’t figure out what the FF is about. They want to take one aspect of it and then change everything else, and it is seldom for the better. It even happens in the comics when new writers take over. They mention that they are going to go back to the core concept, back to those Stan Lee and Jack Kirby books… to differing success.

In my mind the Fantastic Four are different from all the other superheroes because:

They are a family!

That’s the biggest one. No matter how much they may disagree or f!ght amongst one another, I never doubt that they are that family, bound together by their love for each other. Too many times I think the stories are written so that the characters are driven apart because of some reason or another, and while that may work for a little while (very short while), they always come back together.

During Jonathan Hickman’s run on the book (I’m about 1/2 way through it as I’ve fallen behind on my FF reading) he made a bigger point of this by putting emphasis on Reed Richards and Sue Richards’ son and daughter. He made them integral to the stories that made them more than just another “superhero book”. In fact, one of my favorite moments in a comic was an issue he did just after the Human Torch appeared to be dead. Spider-man stops by to try and help Franklin deal with his uncle’s death… and does it in a way I wouldn’t have thought of immediately, but it is definitely one of those slap your head “of course” moments. 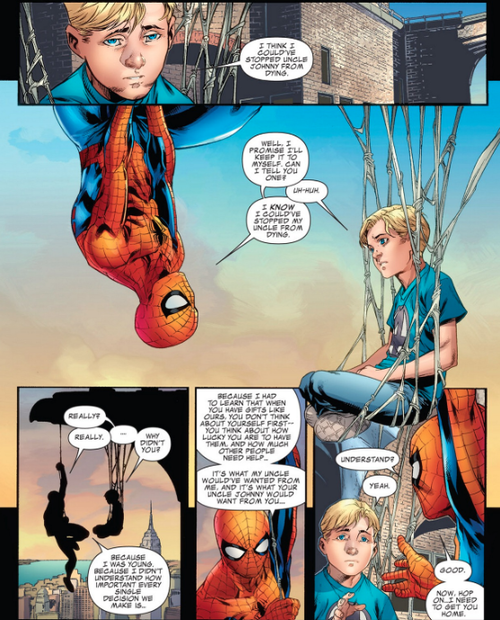 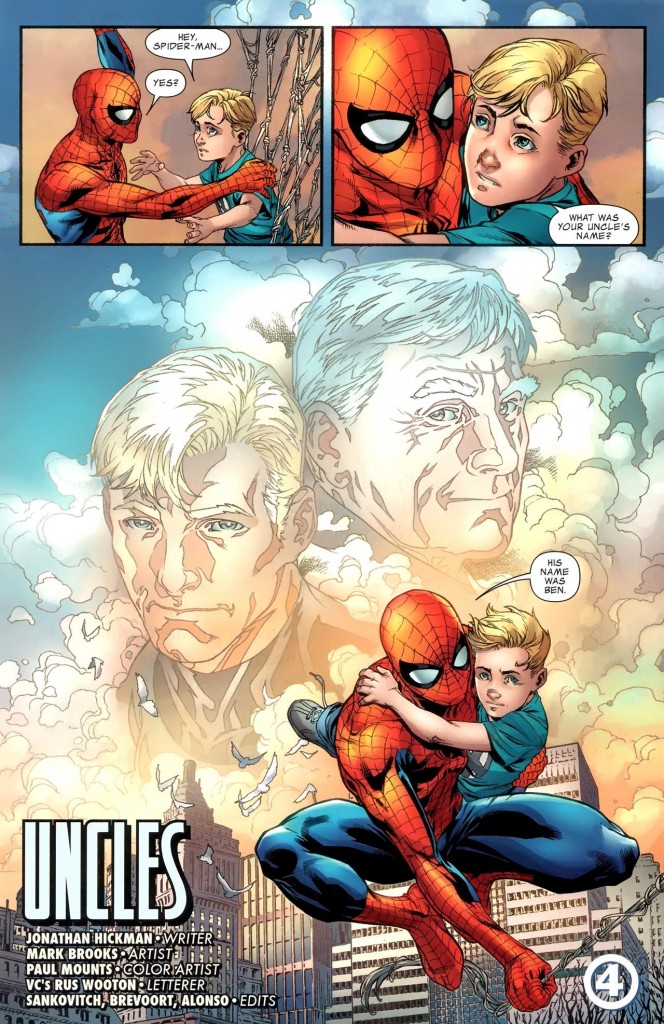 Hickman got it. I hope this new movie does too.

Writer of comics and novels. In 2006 his first short story "The God That Failed" was published by Terminus Media in their debut comic Evolution Book 1. Since that time he has had stories published in Terminus Media's Evolution Book 2 and Evolution Special, Kenzer and Company's The Knights of the Dinner Table, and Four J Publishing's The Burner #3. Currently he is eagerly awaiting the digital publishing of his first creator-owned comic The Gilded Age #1 to be published online as well as his first novel The Dark That Follows later this year.
View all posts by John McGuire →
Tagged  Comics, Fantastic Four, John McGuire, movie.
Bookmark the permalink.