It’s 2017. I’m a wanna-lancer looking to become a tabletop role-playing game freelancer. My plan to get there involves buying a resume via Kickstarter vanity press options. So, what’s out there to buy?

I pledge for Kickstarter RPG rewards that allow me to write something in the kickstarted project – a NPC, a magic item, an adventure, etc. I get experience writing and build a resume while breaking into the game side of the industry. There is another side of gaming (there’s several, actually) but magazines were a critical part of the industry when I first started playing. They were the place to develop ideas, share smaller products that did not warrant their own release, reviews and advertisements for games, and they allowed gamers to connect and feel the international community. In other words, the printernet (print + internet… you get it, right? Right?! Oy…). Today, the print magazines are largely in decline. Enter Itherverse, a gaming eZine hoping to fund via Kickstarter. 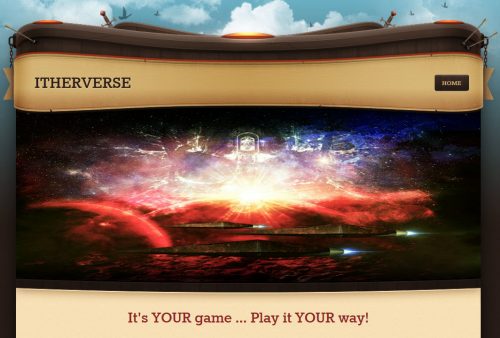 Hello and well met, fellow Game Masters and Players of tabletop dice and story-telling role playing games. You are going to LOVE what we have put together for you today.

First, let me address the Game Masters , but I have something for Players too, so stand by.

Have you found yourself searching high and low for pre-written, play-tested, adventures and material that will work with YOUR setting and more importantly, YOUR game system.

ITHERVERSE is a monthly e-publication (or e-Magazine if you will) that will be packed with just what you need. EVERY MONTH, as a subscriber, you receive an email link to your copy of the latest release (and depending on how our stretch goals go, we very likely may offer printed and mailed versions), but I don’t want to get ahead of myself.

Did you hear me a moment ago?

These adventures, scenarios and encounters have been designed to work in ANY game setting and easily convertible to ANY game system. Emphasis on EASY!

The Itherverse motto is “It’s YOUR game, play by YOUR rules” and we’re not changing your game in the slightest, only providing you with exciting new content and an easy way to use it.” 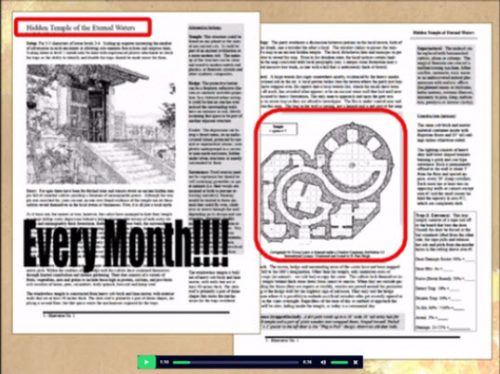 Unlike most RPG products I have pledged for, this is not a module or sourcebook or setting. It’s a magazine/eZine. One of the “old” ways into the industry that Chris Pramas suggested in his article about breaking into the industry:

“People often ask me how they can get started in in the game industry and I used to have a standard patter about it. In the 90s I would tell writers to start with magazine articles. Dragon and Dungeon were always on the lookout, and there used to be options like Shadis, Valkyrie, and Arcane. So sell a few articles, I’d say…”

As Chris himself points out later in the article, that’s dated advice because “[g]aming magazines, always a tough business, have largely gone by the wayside.”

Itherverse offers an old fashioned avenue into gaming, getting published in a magazine. It’s hard for me to write that what was done in the 90s (my high school/college decade) is retro, but there are elements of that time that are… quaint today. I know there are several gaming magazines that are still going but the only one I buy is Knights of the Dinner Table. I know, it’s not a magazine, it’s a comic with game magazine elements that grew out of Shadis gaming magazine. But, KotDT is the bulletproof gaming magazine – it’s a comic, it’s a magazine, it covers RPGs and nerd culture, it’s got something for everyone in the industry.

Since game magazines are not in vague at the moment, Itherverse offers something unique, a chance to be in on the magazine scene. By pledging for their Kickstarter, you get a chance to state that you broke into the game industry via mags. 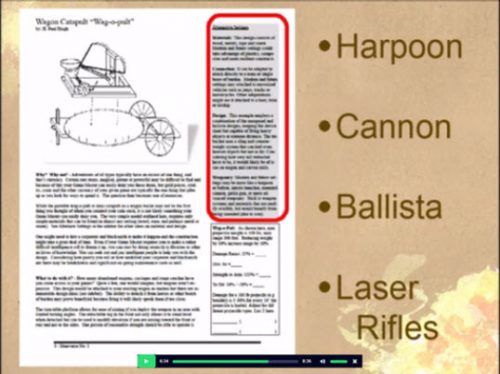 Collaborate with our Creative Designer to not only name something, but to create it from the ground up. Have a monster idea you would like to see in print? Have you designed a weapon, machine, new race, complex trap, simple story idea, or other similar item. Don’t just name it, but we will talk on the phone, exchange emails and/or web cams if necessary to put together a rudimentary concept.

NOTE: Itherverse must be granted exclusive royalty-free rights to the design concept; however, supporter will receive a co-design credit byline and a membership upgrade to 6-months. + Reward #1 through #7

Collaborate but on a much LARGER SCALE. Don’t just submit one idea but work together with our Creative Designer on an entire adventure or a group of items. Discuss the plot, setting, enemy tactics, room descriptions and contents. Basically co-design an entire section of the publication, even if it is not an adventure but some other idea. We will talk on the phone, exchange emails and/or web cams if necessary, multiple times, to put it all together.

NOTE: Itherverse must be granted exclusive royalty-free rights to the design concept; however, supporter will receive a co-design credit byline. + Reward #1 through #8

I try to frame these posts in a positive and uplifting light. And, I mean, how can I not? This vanity press pledge gives a wanna-lancer gaming credit via a gaming magazine! That’s a win! However, there is one downside:

That said, do not let that number stop you from helping out. The best part of Kickstarter for the backers is if you pledge, you are not charged a dime unless the campaign reaches its funding goal. If you want to put money in, do so without the worry that the campaign will fall short of its goal and you just paid into a project that cannot be achieved due to financial challenges. Kickstarter lets you pledge with some piece of mind.

I hope this project makes it and it helps someone achieve their goal of writing for a gaming magazine!