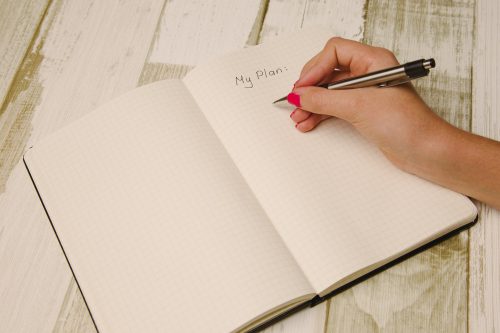 This past summer I spent a weekend glued to my computer during an online writing course. It wasn’t so much about the act of stringing words together, but more about the mindset of writing. It was about an idea that perhaps you could Clock Out at your day job if you made enough money from your writings. And it was about some (many steps) which could lead you into that direction.

As a part of this process, I had the opportunity to speak with one of the guys who ran the class. Basically, a way to pick his brain.

You see, so many times you end up in this little world within your own brain where you can get to the point that you’re no longer sure what the best course of action may or may not be. I’m lucky enough that I have a few friends and family to bounce ideas off of, but to get a little perspective from an outside person seemed like a great idea.

So I told him everything I could in the short amount of time we had (20-minute video call). I talked about what things I have done: the comic book work, the Kickstarter for the Gilded Age, the pair of novels, short stories, and the weekly blog. I talked about the idea that I was an extreme “Genre Hopper”.

You see, most smart authors pick a genre (sci-fi or romance or post-apocalyptic or…). You try an write all your books within that box because that way you know someone who liked one of your books is more likely to pick up your next one if it is the same type of idea. People like what they like and unless you are some kind of generational talent (Stephen King), you may only confuse the issue if you keep changing what types of books you write.

Such as writing steampunk comics, an urban fantasy novel, and a dark medieval fantasy… just a great idea all around. Now only if you’d follow that up with a sort of steampunk and a science fiction pair of novels… then you’d be living the dream.

I told him all about this, and the current idea I’m working on (that would be a series of same genre works – he says, finally realizing his mistakes). But how do I make sure not to push aside the stuff that is already out there. How do I leverage the pair of unpublished novels on my hard drive?  How do I put myself in the best situation where my work just pays for itself. Maybe even get to only work 4 days a week at the day job?

His answer was to figure out what was my BRAND.

What is it that connects me with all the things I write? Is there one connective force that seems to flow through them? Is there something I’m trying to answer with all my works?

If I can answer that question, it will help me find those readers for all of my products.

So I’ve been wrapping my brain around the question, but I’m not entirely sure. I write things I’d like to read. I write about characters who are trying to rise to the occasion. Those characters who may be flawed, but have some kind of hero within them that may need to be coaxed out. I write about ideas that interest me. What if you could do it all over again? What if you had the opportunity to take the easy way out, would you do it? Why are we here?

Yet, I’m not sure what the right answer is just yet. Maybe there isn’t a grand unifying theory for my brain. But I believe it is time to look and see.

I’ll let you know when I figure it all out.

Writer of comics and novels. In 2006 his first short story "The God That Failed" was published by Terminus Media in their debut comic Evolution Book 1. Since that time he has had stories published in Terminus Media's Evolution Book 2 and Evolution Special, Kenzer and Company's The Knights of the Dinner Table, and Four J Publishing's The Burner #3. Currently he is eagerly awaiting the digital publishing of his first creator-owned comic The Gilded Age #1 to be published online as well as his first novel The Dark That Follows later this year.
View all posts by John McGuire →
Tagged  brand, John McGuire, writing.
Bookmark the permalink.