Why Can’t I Be Rod Tidwell?

In the movie Jerry Maguire, Rod Tidwell is an athlete who has confidence in himself (some might say too much), in his abilities, and in his skill. But he’s hit the wall. No one seems to know about him and no one seems to care about him (in the football world at least).

Until… finally, at the end of the movie he shows up and on a national stage does something to capture everyone’s attention.

That’s what I want.

No, not the money, I certainly don’t write to make tons of money. I just want the opportunity to show that I have some talent. To tell a story and to have others see it.

To have others enjoy it.

The most maddening thing about being a writer who is on the outside looking in is that moment when you read something “professional” and know, 1000%, that you could do it better. That your ability to string words together in a sentence was better than that particular writer. If only you had the chance.

If only someone with power knew you existed.

I’ve been at this writing thing for almost a decade now. I say a decade because the stuff before it doesn’t count for me. It was playtime in a notebook. I cringe to think about those stories I wrote back in school. The terrible poetry (maybe it is good – with that certain teenage angst running through it, but I cannot bring myself to look) sitting on my hard drive. The one problem with being a pack rat is that old stuff is still around. Everything is kept because to not keep it would be disastrous.

So, ten years ago I became involved in a writing group. We met in the back of a comic book shop. Artists flowed in and out of the place and someone had the idea “let’s make a comic book”. That first day I saw a page of something I’d written drawn was a moment akin to magic.

That was the first step.

But with every little step forward it was followed by at least two steps backward. A cliche, to be sure, but beyond true. Flaky people who promised one thing and then never delivered. They all seemed to fall right off the face of the Earth. And yet, stubbornly, I continued on. The first anthology comic came out. A year and some later another one came out. Then the first color book about a year after that.

When Do I Get To See The Sailboat?

And still the frustrations grew. Projects thought up and then abandoned for all sorts of reasons. And still I wondered what it was going to take.

“I should be further along…

If I had more free time…

Almost three years ago I got laid off from my day job.  For the first time since college, I was out of work for almost four months. That time might have been eaten up before I knew it, if not for my wife. She was the one who suggested that I just write a book.

“You have these stories, and you never have the time normally, but now…”

So I went home that night and started to write what would become The Dark That Follows. Every night after my wife went to bed I stayed up into the early hours writing on that draft. Stumbling over words, but doing the deed.  Butt in chair every night.

I finished the first draft the night before I started my new job.

Since then I’ve written another novel, worked on a bunch of comic projects (both of which I’ll be talking about as time goes on), and slowly feel like the tide is turning. The old 10-year success… maybe. I’m certainly hoping that someone notices.

That someone enjoys it. 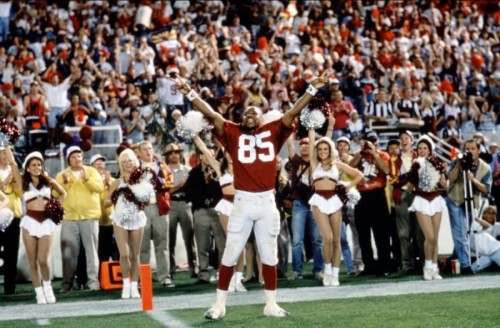 I’ve got my celebration dance ready for that day.

PS – You can find that very first comic here: http://www.terminusmedia.com/new-retro-the-god-that-failed/#more-1063

Writer of comics and novels. In 2006 his first short story "The God That Failed" was published by Terminus Media in their debut comic Evolution Book 1. Since that time he has had stories published in Terminus Media's Evolution Book 2 and Evolution Special, Kenzer and Company's The Knights of the Dinner Table, and Four J Publishing's The Burner #3. Currently he is eagerly awaiting the digital publishing of his first creator-owned comic The Gilded Age #1 to be published online as well as his first novel The Dark That Follows later this year.
View all posts by John McGuire →
Tagged  First Impressions, John McGuire, The Dark That Follows, The God That Failed, writing.
Bookmark the permalink.