Why I don’t write negative reviews.

People who know me will say I’m cynical.

They’ll note my lack of optimism, my occasional indifference, and my somewhat dark view of humanity’s intentions. These observations are completely my fault. I’ve worked a bit too hard to earn a ‘cold’ reputation, and now I’ve got to live with it.

Despite this image I’ve cultivated, there are traits neither my friends nor foes will ever observe in me. Things like anger, entitlement, a sense of vengeance, or a tendency to be judgmental. I’ve my share of failings, but these are not among them. I lack the genetic disposition to hate, to scorn, and to demand retribution. I just can’t do it. It’s not in me. 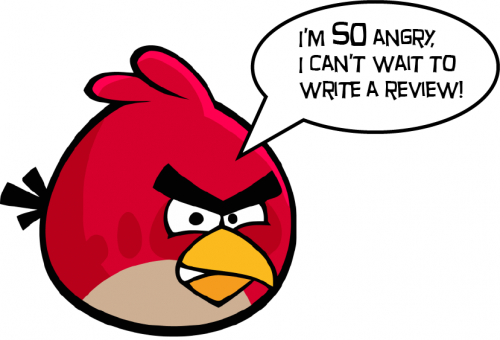 I will never be this guy.

Like any American, I buy my share of stuff. Some of it is awesome stuff, like my writing chair, my epic-level pancake griddle, and the billion books I’ve collected for my son. Likewise, some of my stuff sucks. Like the patio umbrella I bought that rotted within a month or the DVD copy of Devil’s Advocate which turned out to be a blank CD (serves me right for getting excited about a $0.99 DVD.) In each of these cases, I spent money. Hard-earned money. And in each case I took my new possession home and installed it into my life.

No matter whether my purchase turned out amazing or shitty, I didn’t let it affect my emotional state. Meaning; my pancakes were amazing, but not life-altering. My writing chair is so very comfy, but I don’t plan on living in it. And my Devil’s Advocate DVD is…well…still blank. I figure, no matter how great or terrible my purchases are, it’s not worth getting ecstatic or depressed about stuff. Because it’s just stuff, right? So even when my umbrella fell to pieces and my Xbox told me to F off when I slid Keanu Reeves and Charlize Theron inside, I didn’t get pissed. I didn’t rush to the complaint dept. And I definitely did not write any scathing reviews.

There was one exception.

Very recently, I moved. It wasn’t a fun move. I had to leave a dream home I loved for a third-story apartment in a complex with about two-square feet total of green-space. It took two weeks to complete the move. It sucked. Hell, it still sucks. But the worst part was my experience with a not-to-be-named moving company. Two guys showed up to help me carry all my aforementioned stuff out of my beloved house and into a cramped, third-story shoebox. And to be honest, these guys sucked worse than leaving my dream home. One of them quit in the middle of his shift. I’m serious. He looked at me and said, “I’m done.” The other guy was slow. As in slooowwwwwwwww. In the end, I ended up carrying way more of my stuff than both guys combined. It was amusing…in a way. If you think paying someone else money while you perform hard labor is funny.

A few days later, the moving company sent me a review request.

Oh, was I ever tempted. I could’ve crushed these guys. In the big blank thousand-character space requesting ‘customer comments,’ I could’ve named names and drilled these guys seventeen new holes in their asses. I could’ve told them everything they did wrong, and I could’ve clicked ‘No’ in the big fat box labeled ‘Would You Recommend Our Service?’

And so I did. I killed them. I slew them. The fires of their failure are still smoldering. Their manager has called me…oh…a dozen times to apologize. And I’ve ignored him. Utterly. 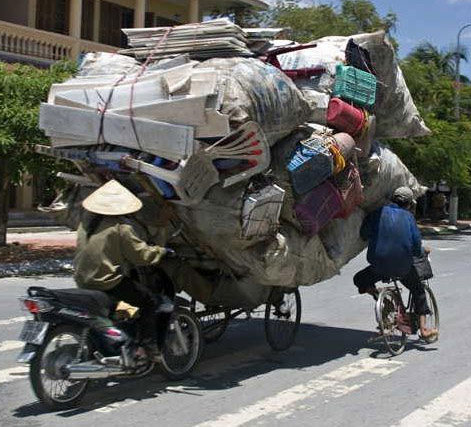 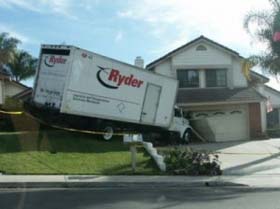 But there’s two differences between reviewing a moving company and reviewing art, books, and movies.

1. I reviewed the moving company privately. For their benefit alone. No public slander. No single-star rating on Yelp.

Which brings me here…to Tessera Guild…and to my personal website, Down the Dark Path.

From time to time I write reviews. Movie reviews especially, like this one and this one, and a recent review of Neil deGrasse Tyson throwing down some science in Atlanta. If you’ve ever read my reviews, and you should; trust me :), you’ll notice one thing they have in common: they’re ALL positive. Not positive in a blow-sunshine-up-your-ass way. Positive in a I-want-to-share-something-amazing kind of way. I review stuff I love because to me that’s the only stuff worth reviewing. Sure, I pick at a few small failures, but overall my comments on other people’s creative work are glowing. Because I want to spread the love, not stifle it. Because my opinions are better served helping people than shitting on other artists’ efforts. And because, let’s face it, the world and everything in it has plenty of bad reviews already.

A great review of an awesome piece of creative work will do hundred times more cultural good than a horrific review of something shitty.

When I see extremely negative reviews of movies, art, or books, I find it hard not to yawn.

I have better things to do (and so do you, probably) than sling stones at other artists and writers.

Opinions of art, movies, and books are rarely objective.

Look, I get it. If you spent $12 to watch a movie you hated, you’re entitled to vent about it. If you paid $9.99 for a crap novel on Amazon, you’ve every right to give it negative 47 stars. And if your umbrella rots while your lazy movers are carrying it, go nuts and complain to everyone. Scream into the heavens. Slap the cashier in the mouth. Burn down your local Wal-Mart. You’re allowed to do all of this.

But not me. I’m not allowed. I’ve banned myself from bitching. I’ve closed off the part of my mind that wants to nerd-rage about how such-and-such movie is awesome, but another one is trash. If I want bad reviews on stuff, I’ll just visit Rotten Tomatoes or post my selfies to Tinder. Sure, it’s fun to read a good rant, but it really doesn’t entertain me as much as it used to.

So if you see a movie review, a book review, or a commentary on a piece of art, and if you see I’m the one who wrote it, maybe you don’t have to read the review at all. You’ll know it’s positive when you see my name.

Unless you work for the moving company.

Author of A Door Never Dreamed Of

Like Loading...
Tagged  if you have nothing good to say, judgmental, Stay positive, sunshine up your.
Bookmark the permalink.