But there are other emotions that are like neighbours to Love. Obsession. Jealousy. Insanity.

And that brings me to YOU. Currently on Netflix.

This is how I have sold the show to people: You should watch “YOU”. It’s the story of a stalker from his point of view. And weirdly, you are kinda cheering for him at certain points. Like, I know he’s a bad guy, but she’s got issues as well and maybe, just maybe this is a case of two wrongs make a right? Maybe they should be together? 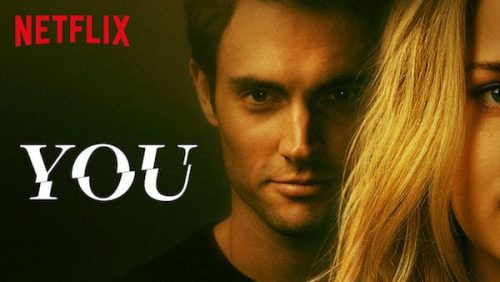 But it is also a testament to the writing on the show. Based on the novel by Caroline Kepnes, which, I haven’t read it, it does an excellent job within the show in making you feel for Joe (our stalker antagonist). They make him human and not just this looming evil that is going to do some very bad thing to someone down the line. In some ways, it is much like watching something like Breaking Bad – you knew Walter was doing some terrible things, but you were still holding out hope for him (or at least I was). Or maybe it was at a certain point that we all knew he was too far gone and then watched to see exactly how far down the rabbit hole he’d end up.

Joe is kind of like that. There are certain points where you know he can’t come back from a particular action, but a part of you (me) was still kind of holding out hope that he’d figure it out. Maybe realize that this wasn’t the way to go about life?

Heck, one of the biggest things about the show is that Beck (the object of his obsession) has probably just as many issues as Joe does. They just come out in less destructive ways. She isn’t treated as this infallible creature who he must possess because she is a “unicorn”, but it is that mutual aspect of them both being messed up that can make you wonder if they aren’t really soulmates. 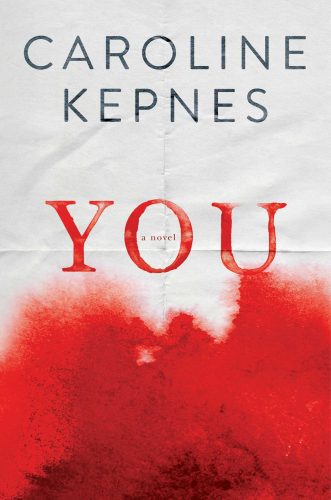 The show is a mystery. At various times I wasn’t entirely sure where we were going to end up. With TV you don’t know if they are going to save a big moment for the last episode. I wasn’t sure if there was going to be a second season and maybe they were going to hold onto a couple of things for next year. They managed to keep the viewers just off enough that when something happened that you weren’t expecting, it wasn’t because it was completely out of the blue. Instead, it was more like you do the double-take and then realize that it made total sense for the path the characters were tumbling down.

Writer of comics and novels. In 2006 his first short story "The God That Failed" was published by Terminus Media in their debut comic Evolution Book 1. Since that time he has had stories published in Terminus Media's Evolution Book 2 and Evolution Special, Kenzer and Company's The Knights of the Dinner Table, and Four J Publishing's The Burner #3. Currently he is eagerly awaiting the digital publishing of his first creator-owned comic The Gilded Age #1 to be published online as well as his first novel The Dark That Follows later this year.
View all posts by John McGuire →
Tagged  John McGuire, Netflix, tv shows, YOU.
Bookmark the permalink.