You Haven’t Seen It? – Alien 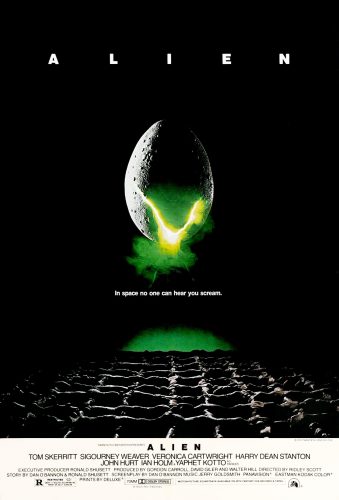 Plus, with it being October and all, a proper horror movie was needed to cross off. Which brought us to seeing Alien as part of Turner Classic Movies’ 40th anniversary showing last night.

What do you know about this movie?

It has Sigourney Weaver… it has an alien… doesn’t an alien come out of her stomach?

I can neither confirm or deny any of these things.

(The pre-movie was running Alien trivia) Do you know what the tag line was?

(She looks at the 4 choices.) In space, no one can hear you scream.

About 10 minutes into the movie

I’m a little worried about the cat.

Lambert. I didn’t like her. I don’t think we’re supposed to like her though. She seems super pissed at the world. Someone who remains on edge the whole time. She seemed to know bad things were about to go down… even when they first arrive.

Yeah, she says multiple times while they are out there “ok, let’s go back to the ship”. She’s a real fraidy cat.

Oh, I loved that Parker got in a lick on the alien.

Overall, I thought it was excellent on the suspense. It kept a good balance that so many horror movies don’t do a good job on. It had big moments and then the smaller moments.

You’d think it’d be Ripley. But I really liked Dallas. His whole demeanor with Ripley. Do you think he was hitting that?

Huh, I had never thought of that.

Maybe it was more of unrequited love? There were looks he gave her. There was underlying respect with a tinge of passion. Would they have been together back on Earth?

Well, he did put himself in harms way over her multiple times… so, maybe? 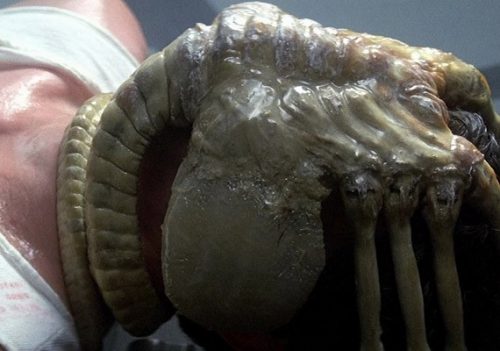 So how about the big stomach scene?

Did you know what was about to happen? I mean, you kinda knew something with a chest-burster was coming and it is such an iconic scene.

No, I wasn’t thinking that at all. I didn’t think Kane had ingested it. But then the baby comes out.

Well, that’s what I’m calling it. We know what the alien looks like fully grown, but you can see it this creature.

Plus he had a cuteness to him.

That entire scene, them having to hold him down. That’s family right there. No matter how much they scabble in the first scene, this is their people. So it is agonizing.

Did you think it was over there at the end?

No… mostly because of the score. I felt like there was something up. Something else was going to happen. What about you? When you first saw it, did you know there was another scare?

Hmmm… I probably was 12 and watching it on tv. I don’t think I thought there would be more. So it was a big surprise to see this thing that blends in so well, and then to wonder how in the world she was going to get out of that.

Just that this might not be the most epilepsy-friendly movie there at the end with all the flashing lights and whatnot.

Right, Aliens. But let’s not wait until 2026 to see the 40th anniversary of that one. 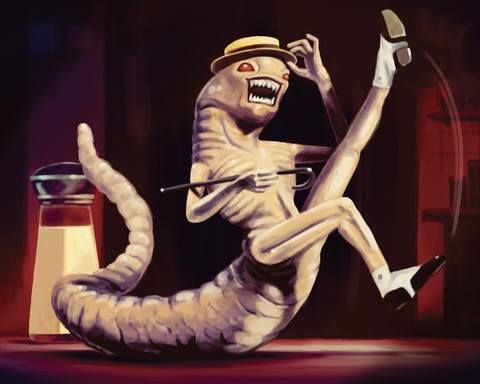 Writer of comics and novels. In 2006 his first short story "The God That Failed" was published by Terminus Media in their debut comic Evolution Book 1. Since that time he has had stories published in Terminus Media's Evolution Book 2 and Evolution Special, Kenzer and Company's The Knights of the Dinner Table, and Four J Publishing's The Burner #3. Currently he is eagerly awaiting the digital publishing of his first creator-owned comic The Gilded Age #1 to be published online as well as his first novel The Dark That Follows later this year.
View all posts by John McGuire →
Tagged  Alien, Courtney McGuire, John McGuire, movies, review, You Haven't Seen It?.
Bookmark the permalink.