40 things you probably didn’t want to know about me

A few weeks ago, the Warlock of Wednesdays (aka: Tessera god John R McGuire) posted a thoughtful, friendly piece about his personal life. It made for a warm read about a great guy. You see, John recently turned 40, and with his article he offered a bit of insight into the life experiences that got him to this point.

Yeah. Well. I’m a little envious. Not of turning 40. But of having cool, warm, and fuzzy life experiences.

So naturally I’m going to steal John’s idea and turn it into something sarcastic.

40 things you probably didn’t want to know about me

1. Every year after my 6th birthday, I secretly woke up in the middle of the night to unwrap and rewrap every Christmas gift I ever received. This meant that for about 12 years, I had to feign surprise for every gift I ever opened. (If anyone from my family reads this, I’m sorry. Don’t be mad.)

2. When I went to middle school, which I hated every minute of, I was told I’d be joining the band. It wasn’t a choice. It just was. So instead of picking out the only instrument I really wanted to play (guitar) I chose the most obnoxious instrument I could thing of (trumpet) just to be a prick. And then promptly spent the next two years being the worst trumpet player the world has ever seen. 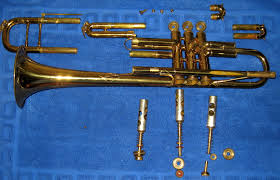 The worst part about playing the trumpet: Cleaning the four gallons of spit out.

3. The second concert I ever went to (at the tender age of 15) featured a live sex show. I had no idea it was gonna happen. Nor do I know why they let me in. Thanks, Roxy!

4. When I was 16, a friend hit me so hard in the skull with a PVC pipe that I had a hematoma the size of my fist on my head for about a week. (Special thanks to the random nurse lady who told me the best way not to die was to not sleep for the next 48 hours.)

5. For my first five years of school, I went to a private Catholic gig. I was the only unbaptized kid out of 800. Every time they held Communion, I sat in the back pews and tried to make a girl named Trisha Graham laugh. She did, and I always got in trouble. Also, just like Bart Simpson, I actually had to write all my misdeeds on the chalkboard 100 times. For real. My most infamous chalkboard session read: ‘I will not teach Daniel to say the F word.’ (Sorry, Dan.)

6. The first concert I went to was Phil Collins. At the show’s end, he played a looooooooong drum solo, which was amazing. I’m still not really a fan of Phil, but the show was transcendent.

7. For a while when I was a little kid, we had 12 cats. Yes, 12. And when I sat on the couch, huge piles of them would come sleep on my legs. My favorite: a fat grey cat named Sluggo. And his mom, Airhead.

8. I’ve never smoked a cigarette in my entire life.

9. Or done a drug of any kind (other than liquor and a crap ton of Advil….)

10. When I was super young, we didn’t have a local little league baseball team. So to make my throwing arm stronger, I’d go alone to an abandoned school with a brick wall and hurl baseballs against it. I did it for hours every day, and this routine lasted for years. To this day, I can throw a baseball the width of a major league field and launch a football about 60 yards. Practice, kids!

11. I was once mauled by a German Shepherd. Damn thing almost took my leg off.

12. Until 2006, I wore glasses. I was blind as a bat. I couldn’t read signs further than 10 feet away and I struggled to play all the sports I loved. And then I got Lasik (from the dude who invented the machine, no less) and since then I’ve had 20/10 vision. I can’t even remember what it was like to not be able to see everything perfectly.

13. I have eight wisdom teeth. Yes, eight. They’re called supernumeraries, and I have f’n eight of ’em. The ones in the back look like creepy sideways vampire fangs. Six are coming out soon. Side-note: I’m not even a little bit wise.

14. At Dragon Con in 1994, I stepped on Glenn Danzig’s foot. Hard. In an elevator. While he was standing next to his bodyguard. And he didn’t say a word to me. Surreal, considering I love the dude’s music. 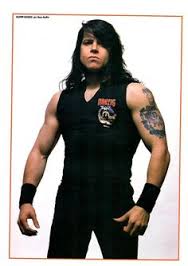 Sorry about the toes, dude. My bad.

15. I have never owned a vehicle manufactured by any company other than Toyota.

16. Once, when I was 10, my dad came to my school in Chicago. He walked up to my classroom and took me right out in the middle of the school-day. Without explanation, he drove me to Wrigley Field to watch the Cubs play a day game. They lost (of course) but I remember that day like it was yesterday.

17. I have four siblings, none of whom have the exact same two biological parents. They live all over the United States. One is a museum curator, another a midwife advocate. Two are married. Sadly, I haven’t seen any of them in years.

19. In high school I had a haircut known as a Devilock. See below. Yes, really. 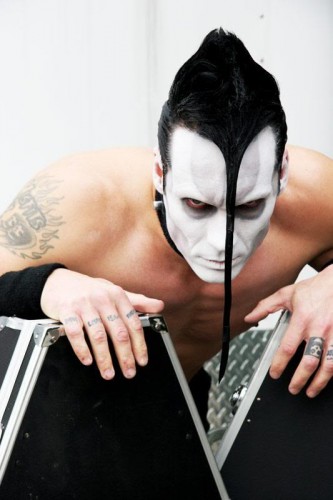 Didn’t paint my face white. Probably should have.

20. Speaking of haircuts, in the last 25 years, I’ve had only 1 single haircut done by an actual barber. I’ve chopped my own hair every other time.

21. I’ve never met my biological mother. Don’t feel bad, though. I had a grandmother who pulled double duty as both the best mom AND best grandma ever. Her nickname: Grambo (For surviving multiple bouts of cancer.)

22. For the most part, I can’t stand reading books in the same genre I write. Meaning I have a strong dislike for most fantasy, sci-fi, and horror books. Weird, right?

23. In high school I handmade hundreds of T-shirts based on metal bands (Slayer, Morbid Angel, etc) and role-playing games. I still have a half-dozen or so of the originals in my closet.

24. My favorite movie of all time is the original Terminator.

25. My favorite book of all time is Ender’s Game. (the movie was awful)

26. My favorite food of all time is lobster (with drawn butter.)

27. Even now as I write this list I’m considering become a vegetarian. I’d still eat seafood, but not beef, pork, or chicken. The challenges: eating seafood is ‘spensive AND my kid doesn’t like fish at all.

28. It took me ten years and four rewrites to finish my first book, Down the Dark Path. But in the two years since I published it, I’ve written and published nineteen additional books. Obviously I wasn’t doing it right.

29. At the time of writing this list, it’s 2AM in the morning. I’m listening to this song on repeat. I’ve had four different glasses of wine at three different locations, driven three hours in the last 24, eaten 5 meals, and watched two friends fall in love with each other right before my eyes.  🙂

30. In my first little league game ever, I hit a grand slam. And then I didn’t hit another home run until I started playing semi-pro ball….nearly 14 years later.

31. The first video game I remember playing in my life is an ancient game called Utopia. It came out for a wonky system named Intellivision about 25 years ago. I remember playing it in my aunt’s room until the wee hours of the night, at which point she’d have to chase me out to get me to stop playing. 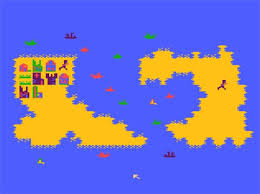 This game. Right here. Look at those graphics!

32. At the time of this article going live, I will have published nearly two-million words between this blog, my DDP blog, and all my books combined. Obsessed much?

33. My oldest cat, Sticky, is completely blind. But the real story is in her name. I named her Sticky, or ‘Sticks‘ after the nickname Mad Martigan gave the baby in the old-school movie Willow. And I have no idea why.

35. Every morning for about four months during my senior year of high school, I played hookie and went to Waffle House instead. And still got an A in the vocational class I was skipping. Clearly my teacher just didn’t care.

37. I have a nervous habit of folding drinking straws into triangles at restaurants. I’ve done it for decades without even really realizing it. About a week ago, a beautiful woman noticed me doing it, called me out on it, and suddenly after all these years the habit is gone. Just. Like. That.

38. I can’t sleep unless it’s absolutely freezing in whatever room I’m in. And I don’t mean 65F with a fan on. I mean 50F with two fans on. I pity all the women I’ve dated. Sorry, ladies. My bad.

39. Over the years I’ve been robbed a few times. Once, a thief stripped my cd player and cds from my car. Another time, someone stole all my Nintendo cartridges. But the worst, and the only one I really ever cared about, was the time someone stole my custom bowling ball out of my trunk. It had ‘Ball of Death’ engraved on it. It was gunmetal grey. I loved that damn ball. F you, thief.

40. For almost my entire life, I railed against the idea of having children. The idea of being responsible for another human being sat in direct opposition to every instinct I had about being free and happy. And then one day my newborn kid looked me in the eyes as if to say, ‘Hey there. Nice meeting you. Feed me.’ And since then I’ve been an emotional wreck who can’t go five minutes without wondering how I could’ve ever NOT wanted this kid in my life. 🙂

Ok. We’re done with that. Now let’s get dark again.

Read this, and tell me what you think.