Behind the Artist – Interview with Sean Hill, Part 2

Welcome to Part 2 of my interview with artist Sean Hill. The first part can be found here.

How do you work? Music while you draw? TV shows? Movies? No distractions?

I tend to listen to an enormous amount of YouTube videos while drawing, Or maybe an audiobook. I remember getting through The Song of Ice and Fire series that way. It’s something about sitting down and doing a numbing activity for hours on end while having information spoken in your ear nonstop that just kinda soothes me and helps me focus. 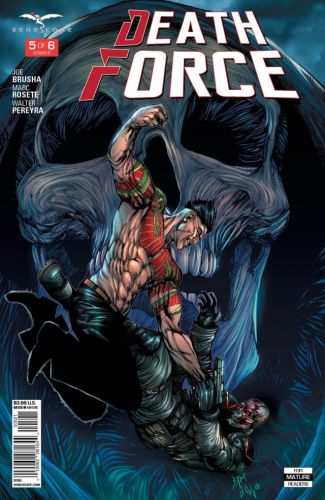 Do you have a favorite thing to draw (genre, scenery, etc)? Least favorite?

My absolute favorite thing to draw is samurai stuff, a close second is anything urban punk. It’s just a lot to work with for someone like me that gets wrapped up in details and the last thing would be DC or Marvel comics heroes. And I love figure drawing, there are so many different nuances to capture in so many angles that I can really get lost in in and never come out of it.

What’s the most challenging thing about being an artist in today’s world?

There are many, but for me personally it’s perception of the comics industry. When I was growing up I the 90’s we had Image comics and it changed everything. It made comic artists look like rock stars. The industry was making money hand over fist and young impressionable artists like me didn’t understand that this was an exception. That most comic artists don’t make it like this, and that even the most successful artists are spending most days and nights slaving over a drawing table. I don’t think I understood the amount of work that goes into this, and how much those artists that came before me or before Image had sacrificed to make a living at this. When I was young I wanted to work for DC or Marvel and I still do, but I don’t think back then I appreciated the difference between drawing characters for the big two and doing something for myself. Now I weigh those things out everyday. 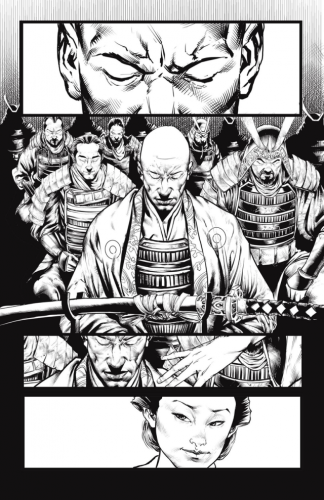 If you could go back ten years, what advice might you have for your younger self? Something you wish you knew?

Also I would tell myself to work hard, it’s better than anything. Always be the hardest worker in the room. In life you will always see people smarter, more talented, more connected but consistent hard work beats all.

What is your worst habit?

That’s also a long list but to narrow it down for comics stuff it’s video games. My wife recently got me a PS4 for my birthday and it’s crazy distracting

Goals? One year from now?

In one year I want to be almost finished with the first chapter of a personal project I’m working on called Nazareth. I don’t want to giveaway too much of what it is but it’s basically a retelling of Christ story with a heavy Sci fi/ fantasy aspect and drawing from the historical social and political issues of the time.

You did the art for the Gilded Age Issue 4 which is a story that mixes a bit more fantasy with the Steampunk aspect of things (With Charlie taking on a supporting role). How was it to contrast those two things within the framework of your art?

I really like steampunk though I’ve never drawn it much before. As I was doing my research for the style I was really inspired by the design and attention to detail. As far as mixing the style with fantasy, it’s actually quite freeing in a way. Whenever you develop a style that becomes a genre (because people start telling stories in that particular style) it can become a paradigm. But I think fantasy has a more organic design sense (or at least my interpretation of it does) allowing me to kind of start from a definite place with the art and storytelling but then know I can meddle with it quite a bit and not be afraid of making mistakes.

I know I was blown away by the pages you were turning in, with the last couple being absolutely heartbreaking… did you have any pages that you really had fun drawing or perhaps any characters?

I think I really liked drawing Charlie, he’s such a huge character with this still and settled peace and strength in him. He has such an integrity that can eclipse everything else going on almost like his big bulky frame eclipsing everyone and everything else in a room.

What are you currently working on?

As for current projects. I’m currently helping out with the Evil Heroes book for Zenescope and doing some Indy work with Jaycen Wise creator Ureaus. Also doing something with artist Mshindo Kuumba, and still chipping away at Nazareth.

Anything else that you’d like people to know about you (Hobbies? Passions? Favorite TV Show?)?

Hobbies are pretty simple for me, I love weight lifting and video games, I’m already working on my passions with drawing comics, I teach the Bible to middle school students at my church and  Game of Thrones is still one of my favorite shows to watch

Do you have a Bio that I can post at the bottom of the article? Best place to see your stuff on the web (website, Instgram, Deviant Art)?

Yes indeed most of my work can be seen: