I’m always looking for the Twilight Zone. Not the actual place, no, I wouldn’t survive there for very long. I’m talking about a show which captures my imagination in a way the original show did the first time I saw it on my tv when I was a kid. The idea there was someone who could ask these weird and strange questions, or present dilemmas I couldn’t have imagined, or even just watch the characters try to figure out how to save themselves from the nightmare worlds they were trapped in…

And while not every episode was a home run, the ones that were (and they had more than their fair share)… classic is the only word which does them justice.

So, I’m always hoping. Always on the lookout. Whether it is the Outer Limits, Monsters, Tales from the Darkside, the updated versions of the Twilight Zone… I’m going to give them a try. 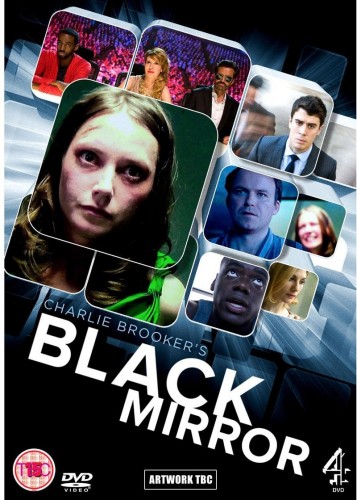 Black Mirror is one of those I gave a try… and I almost didn’t get to realize what a good show it was/is… but since it is only 7 episodes at this point (though more are on the way according to Netflix). Now, this will be a mixed review. Mostly I wanted to give the impression I had while watching or the impression I was left with. I’m going to do my very best not to spoil anything, as I’d like you to experience it the way I do.

As I’ve told everyone who I talk about this show with… skip this episode (or at the very least, wait until you’ve watched the other 6 episodes). I’ve looked around online and it has its fans, but I do not count myself as one of them. And the reason is quite simple:

And this is coming from someone who will buy into a lot if you convince me your world requires/needs/whatever it. And this just didn’t do it.

The very basic plot is that the Princess of the Royal Family (this is England after all) has been kidnapped and won’t be returned unless the Prime Minister does something… unseemly with an animal. And the question throughout the episode becomes one of how do they get the Princess back, and also, what happens if they don’t.

I live in the U.S. Maybe that’s why I didn’t buy the conversations, but I remember watching the episode thinking – “This just would never happen.”

So after such a thrilling start to things, I might have given up. But something told me to press on. Surely a show that I’d heard such good things about would redeem itself. And we get to a good start with the 2nd episode. Take all our (well not mine, but yours perhaps) love for the reality tv shows, the American Idols and Kardashians and all manner of Real Housewives, and then make that the only thing anyone ever aspires to. Set it in a future where you gain funds by exercising (it seems like a man-made power with money being the reward). When you get enough, you can pay to try out for those shows.

And maybe, just maybe your life of being a living battery might end and you could be famous!

Why not? We’re all doing it. We’re all wanting things to be a little (a lot) better. It’s just all in how you define “better”.

EP 3 – The Entire History of You

This is the reason to watch the show. It is my favorite episode, and it is based on the most basic idea:

It’s one of those ideas I wish I’d written. So simple in how it works, but then so dark how things can be twisted. How two people can watch the exact same thing and come away with two very different impressions of a moment. That happens every day. It’s no fun to go to a movie or concert by yourself, you need someone else to share in your experience… in your excitement. And even then we disagree on various things about those events.

Or maybe it is interactions with others. I can only imagine replaying moments with friends while in high school. Did that girl like me? Really? Let’s check the tape.

Loss. The best stories are defined by growth and loss. Can you survive something bad happening to you? How does it change things (i.e. YOU) in the aftermath? And can you pick up the pieces later… become a better version of you?

My second favorite episode is one where LOSS is at the very center of everything. Can you be ok when someone has to leave you? Can the hole be filled by someone else? 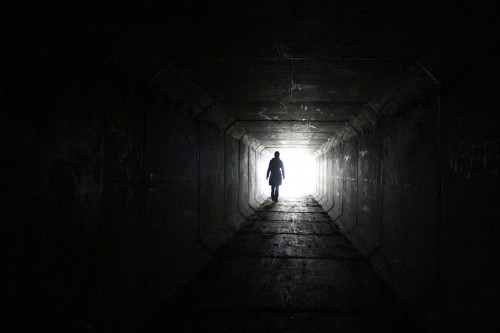 Terror. That feeling of the unknown. Where am I? Who am I? What’s happening?

That’s this episode in the first 5 minutes.

It’s something out of our nightmares. Some mixture of the Running Man mixed with a heavy dose of deja vu.

And why won’t anyone help?

Every election season we are, in the immortal words of Trey Parker and Matt Stone, choosing between a Giant Douche and a Shit Sandwich. And we long for a real choice. Or at the very least someone to shake up the status quo for even the briefest of moments. This thing we do is supposed to be VERY IMPORTANT (notice the capitals?), but instead more people end up caring about American Idol’s victor than who won the real world election.

So shake it up with the most absurd idea ever: let a cartoon character into the debate. If it really is as silly and stupid as we say it is, then won’t such a character merely raise the level of discourse?

This episode is all of those things: absurd, strange, intriguing, stupid, and somehow more realistic to me than EP 1 (see, I really didn’t like that 1st episode). 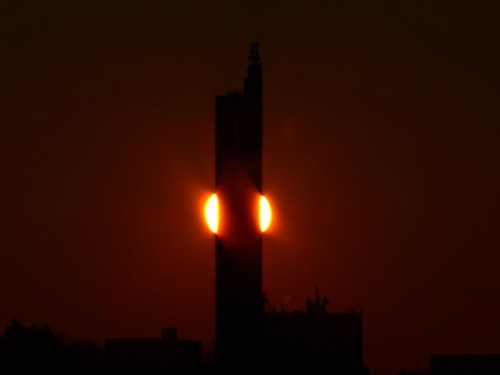 Two men, the edge of the world, snowstorm coming down outside their window. And Christmas morning. Nothing to do but talk about the moments and ideas which led you to being in this little piece of Hell.

In some ways, this one feels like the most Twilight Zone of the entire group. Yes, the technology still plays a large part in the twists and turns, but this one deals so much with loneliness. Being alone even while surrounded by so many people. And if you go back and watch those old Twilight Zones, you’ll see that same theme time and time again.

I’m unsure of myself.

I’m unsure of my place in the world.

Black Mirror… a dark reflection of yourself? Or maybe just the same old reflection you’ve been avoiding eye contact over all these years…

Writer of comics and novels. In 2006 his first short story "The God That Failed" was published by Terminus Media in their debut comic Evolution Book 1. Since that time he has had stories published in Terminus Media's Evolution Book 2 and Evolution Special, Kenzer and Company's The Knights of the Dinner Table, and Four J Publishing's The Burner #3. Currently he is eagerly awaiting the digital publishing of his first creator-owned comic The Gilded Age #1 to be published online as well as his first novel The Dark That Follows later this year.
View all posts by John McGuire →
Tagged  Black Mirror, John McGuire, twilight zone.
Bookmark the permalink.