Last year I sat down and watched this show that’d I’d somehow read about on some random blog somewhere (that internet rabbit hole again). The key phrase for me mentioned “Modern Day Twilight Zone” – at which point I said “I’ll be the judge of that blasphemy.”

So I watched and reviewed the first 2 seasons here.

For those not in the know, Black Mirror is an anthology show. Each episode stands alone to tell a story about how our technology or something perhaps not too far from our grasp affects people.

That phrase Modern Day Twilight Zone was closer to the truth than not. In fact, I only had 2 problems with the show: Episode One wasn’t a favorite & that there was only SEVEN total episodes to even partake. You see, those lovable Brits sometimes do “seasons” where you only get a couple of episodes of the THING you love. They get in and get out before you even know what hit you.

As an American, only having SEVEN episodes was a bit maddening. Were there going to be anymore? Why not do more? Is everyone across the pond lazy when it comes to their TV!?!

Netflix then is my savor. They got Charlie Booker to reach into the dark recesses of his mind to provide us with SIX more trips beyond the Mirror.

What if your entire world was based on not only who your “Friends” might be, but how everyone rated you? This is the question before us in Nosedive. You see, if your rating (from 1 to 5) is high enough, then there are no doors not open to you. Let it slip and it might mean not qualifying for that loan, not getting into the best restaurants, and possibly not allowing you to even work a job.

The best part about the concept behind this episode is how it applies in virtually all aspects of your life. When you were High School the “pecking order” certainly existed. Who you hung out with, who you talked to, and maybe who you made fun of would slot you into your clique. For better or worse.

And like all of us who want to be liked, who want to have a better life… maybe we have to put on a face which isn’t exactly the one our true self would recognize. What would you do in order to get in with the “cool kids”.

Black Mirror hasn’t really done horror… it might be horrific situations the characters get shoved into, but not the typical scary movie style. Well, at least they haven’t until this episode.

Playtest is about virtual reality. It’s about a game that digs into your brain to find the exact things which scare YOU. Hate spiders? Then you’re going to deal with spiders. Don’t like being alone? Get used to it.

And if that was all this episode had going for it, that would have worked. But you have to dig a little deeper than that. Past the arachnophobia or acrophobia and into the depths of your soul. What is that thing you won’t tell anyone else? What is the one bit you don’t want to dwell on.

What are you REALLY scared of? 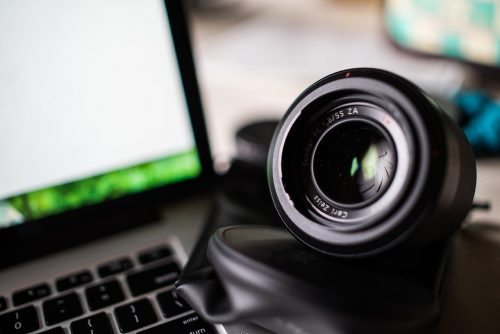 The fact that this episode follows Playtest is appropriate as it, too, deals in fear. Yet, this is about being exposed for something very real. We’ve read the articles about people hacking into our laptops and gaining control of our cameras there in order to watch us when we’re vulnerable.

Let’s say that happened to you, and being a teenaged boy, you might have been using the internet to… expand your knowledge of the female form… well, that might be something you wouldn’t want everyone in school seeing. And unlike American Pie, this isn’t a comedy where everyone is just going to think it is funny.

Given the chance to ensure the genie stays in the bottle, how far would you be willing to go?

You’re going to guess at this one and only be partially right. Set in the 1980s, our lead character seems to be out of place, visiting… on vacation in a different time. She’s getting married in a few weeks and needs to experience something (anything) before that day comes.

Unlike so many of the other episodes, even the somewhat sweet “Be Right Back” from the 2nd season, this really is more about what we could do with technology to help those people who need release the most. But really strip away all of that and it is about a girl who falls for another girl.

It is sweet. But the performances by the two leads (Gugu Mbatha-Raw & Mackenzie Davis) will have you believing and hoping for them to find a way to be together.

Warfare pushes technology forward more than almost anything else. And when there is a new technology developed outside of the war machine, they try to find a military use for it. Heads Up Display isn’t a new idea. Watch Iron Man to see it put to some of the best use. However, if it was a neural link? If the display was in your head? How much more effective of a soldier might you be if you could use tech to see where your enemies were inside a house with infrared vision?

What could possibly go wrong with such technology when you are fighting a war for the very future of the human race? 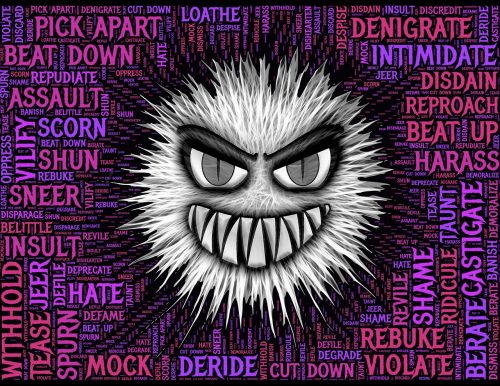 A perfect bookend to this season. After “Nosedive” dealt with attempting to garner popularity, this episode looks at the other end of things. And given how the internet loves to hate things almost as much as it loves Cat videos, what happens when a serial killer suddenly is using the “most hated person” on the internet to determine who their next victim is.

If you go to the comments section of ANY article on the web, odds are high you will find some level of hate bestowed on either the original writing or perhaps the manner in which someone has said they liked the original thing. It’s not a simple “You’re wrong”, but more of a “Burn in hell, nazi!”

How do you stop people from hating? Can we be nicer online? Or does the invisibility of the process make any ideas of being better people a pipe dream?

Are there any punishments for the haters?

Black Mirror, Season 3… in our rush to conquer the future, we might be providing the very method of our downfall.