As I wrote last time, “For those not in the know, Black Mirror is an anthology show. Each episode stands alone to tell a story about how our technology or something perhaps not too far from our grasp affects people.”

Last time my big complaint to start things is how long it takes for these crazy shows to come out. However, since this was only 3 episodes, I feel like I’m left needing a couple of more just to last until the next season (yes, I know Bandersnatch came out earlier this year – what can I say, I’m greedy!).

It is said that Science Fiction stories allow us to confront ideas and themes in a “safe” way. Presented in a container of something that isn’t real, we can allow those statements and questions to be made without instantly rejecting them because they may not line 100% up with our own personal feelings or beliefs. So many of the Black Mirror episodes do this very thing, asking a question about the tech we use, but maybe more important is how that tech affects us in our day to day lives.

Or could the episode be about addictions more than sexuality? The idea of every day getting closer to losing ourselves within a virtual shell. That what is on the other side of the monitor or within some game, no matter how life-like, isn’t life.

Or maybe it is just about lying to yourself…

This is probably the most “normal” of the trio this season. The fundamental technology aspect has to do more with a Facebook-style site called Smithereens and how addicted we are to it. That idea alone is probably 5 or 10 years out of date. We all know this and don’t seem to care.

No, what is important about this episode is the lead character who is doing everything he can to “say his piece” about how far this addiction has gone with people and the world. But it is the performance of Chris that really shook me. Something about the pain he was in was conveyed by him in such a way that I was not only fully invested in his story (even if I had pretty much figured out the “twist” on why he was kidnapping this guy). That pain was something we’ve all had to go through… loss of a loved one will make you reexamine everything you are doing. 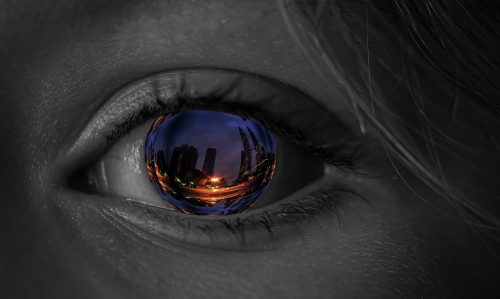 Image by Lars_Nissen_Photoart from Pixabay

EP 3 – Rachel, Jack and Ashley Too

The juxtaposition of the pop-singer Ashley O and the teenaged girl Rachel is at the core of the episode. Really it caused me to echo back to my own teenage years, and while I was never a 16-year-old girl, I had moments where I didn’t know how I fit in. That any of us might jump to an artificial toy who can respond and interact to us… had that been available when I was in school I suspect it would have been as big a hit with my peers as it was in this story.

The flip side is a story we’ve seen or heard before about the pop singer (movie actress, famous person) who is just as dissatisfied with their own lives as we are. The proof that even being rich and famous may mean that we have less control of our own lives than those who are struggling to get through another day.

At what point do we take control of our lives and make it what we want it to be? Can we manage to do that when other people are depending on us to be the bread-winner? How do you manage to follow your dreams when reality won’t let you?

A short season only means I was able to knock the whole season out in a few hours… so I can finally be ahead of everyone else for just a few seconds!