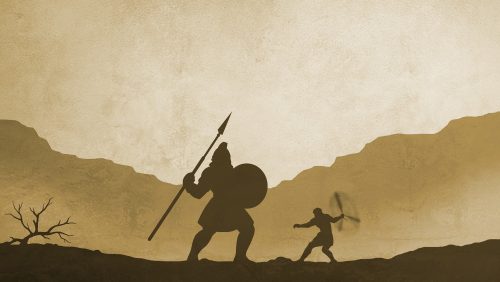 Image by Jeff Jacobs from Pixabay

Little teams facing off against Goliaths. The blue bloods going against the mid-levels. The unknowns hitting their last-second shot. The upsets.

It feels like you are the unknown quantity and you know that you just need one chance in order to prove that you belong. But the thing is, during the regular season those big dogs never want anything to do with you. They don’t want to schedule games against you. Heck, they wouldn’t know where to go if they did. So you have to struggle and scratch and claw alongside others of your ilk. You’ve got to put in the work the same as if you were playing in the big arenas across the country.

You’ve got to create for yourself because no one else in the big leagues is going to be of much help to you.

Those dark hours you spend in front of the computer, all those loose scraps of paper with little bits of genius on them, the whiteboard where you’ve mapped 60 issues of your storyline out, and everything else you do to keep those ideas alive. Trying your best to wrap your head around the plots and put them in a coherent format so that an artist can bring your vision to life. The Fear has to take a back seat during those moments when you are creating.

But in the tournament it’s different. You finally get your chance to show off your skills and your stories to an even bigger audience. They can’t ignore you completely anymore. They can’t outright dismiss you, even if they would like to.

But here’s where the analogy fails. You see, while those little schools are all competing for the handful of slots just to get on the big stage, it doesn’t have to be like that for the independents. We don’t have to be competition for each other. Instead, we can be another ship in the fleet, raising the sails of anyone and everyone we can.

Hopefully, as the world begins to return to something that might resemble “normal” (though that word feels like it will always have an asterisk beside it, much like we say pre-911, I see us saying pre-Covid19), we’re going to start venturing out to the comic book conventions. You’re going to walk down those aisles where the big creators are, and that’s great. I love doing that as well, but I would say that maybe, just maybe, you take a venture down to where the indy creators are. Take your time down there. Those guys and gals have poured their free time into those books. Each one might not appeal to you, but I’m willing to bet that there are a few in there which will feel like they were made just for you.

This might be the closest thing to the Big Dance many of us are ever going to get to (and that’s ok). Not everyone is trying to work at Marvel or DC. Many creators just want to be able to put their vision of the world out there in some form or fashion. They are hoping that a handful (well, maybe more than a handful) of people are going to give them a chance. That they are going to stop and look. Pick up a comic and flip through it. To have those conversations where you can hear the excitement in their voice while they pitch you their stories.

It’s not always about the big splashy moments. Sometimes it can be about the little ones. A reader and a creator connecting with their mutual love of the form.

Writer of comics and novels. In 2006 his first short story "The God That Failed" was published by Terminus Media in their debut comic Evolution Book 1. Since that time he has had stories published in Terminus Media's Evolution Book 2 and Evolution Special, Kenzer and Company's The Knights of the Dinner Table, and Four J Publishing's The Burner #3. Currently he is eagerly awaiting the digital publishing of his first creator-owned comic The Gilded Age #1 to be published online as well as his first novel The Dark That Follows later this year.
View all posts by John McGuire →
Tagged  Comics, conventions, Gilded Age, indy comics, John McGuire, The Crossing.
Bookmark the permalink.