So wow, that week turned into a month…..

And what an eventful month it’s been.

But back to my top two co-op vidya’ games.

I’m going to spoil something for you: my last two spots are going to be FPS’s.

Sorry to all the FPS naysayers. I’m by no means a hardcore Call of Duty, or Battlefield aficionado.

So you can breathe a collective sigh of relief that this list isn’t going to head in either of those directions.

Storming the digital beaches of Normandy, or running through the streets of a war torn urban metropolis just doesn’t do it for me.  Never had much fun playing those types of games.

But give me a horde of religious fanatic aliens, and oh yeah, fun times all around.

Not saying that the Space Marine trope hasn’t been done to death, but that’s another discussion for another day.

Let me take you back. Back to a somewhat simpler time. The year was 2001. I’d just started college, and my weekends were sometimes spent hanging with my best pal, Phillip.

Phillip was (and I think still is) a straight up, hardcore gamer. Not just a dude who loved playing games hour, upon hour’s on end. This was a guy who truly appreciated video games. He loved gaming. All aspects of the art form.

Some of my most fun times talking video games, and just playing them were spent with the ‘ole Phil-meister.

But I digress. Phillip had gotten the new fangled XBOX, and this little game,  that was soon to become a decade spanning monster of a franchise, Halo: Combat Evolved.

So, in my little world, the FPS genre only included the classic N64 Golden Eye 007 and Wolfenstein. 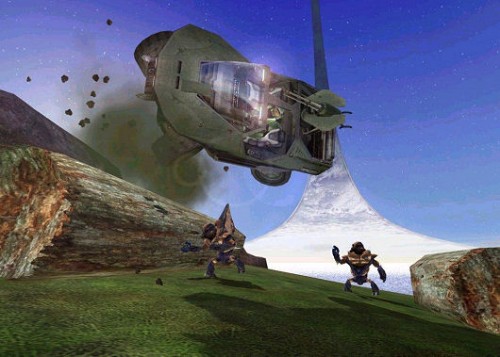 My mind was blown open to high h^%* with the galaxy spanning adventure of Master Chief and company.

This was the first time that I saw the XBOX pushed to its impressive limits. Of course we now live in an age where PS4 and XBOX One would blow such a system out of the water, but for its time the XBOX was the shiznit.

With the aide of Phillip, I found myself running across impressive snow draped alien  vistas, battling hulking behemoth’s known as Hunters in frantic close quarter combat, and driving like a bat out of hell on a Warthog as the world went to crap around us.

As with most of the titles on this list, late nights were constantly spent trying to beat this game, and fun times were always had. Even now there are parts from this game that I can still remember, and for a guy whose played a lot of video games in his 32 years on this world, that’s saying a lot. 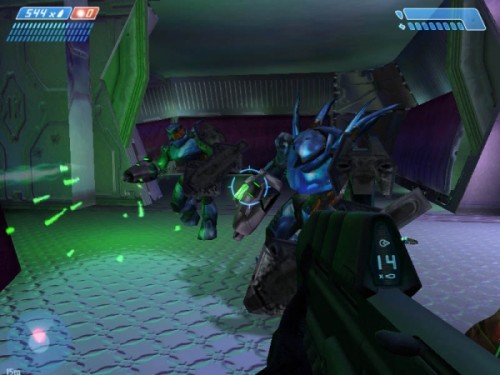 But what sticks with me the most is teaming up, and kicking some alien butt, via split screen shenanigan’s. Sure, we’d flip the Warthog over a cliff, or accidentally lob a grenade or two at each other mistakenly.

But after laughing our butts off, and respawning, Phillip and I were ready to push back the tides of the Covenant and the Flood.

Gotta get this out of the way first: I love zombies.

World War Z, the novel, is a must read. The original Night of The Living Dead is a classic piece of barrier breaking genre film making. When people talk about the Holy Trilogy of films, I lean more towards the Romero side of flicks, rather than the Lucas camp.

The Walking Dead (comic series). Return of The Living Dead. Ash. Dead Alive. House of The Dead (as crappy as the flick was). 28 Days Later (and I know they’re not “traditional zombies”, but that movie is a great addition to the zombie movie genre). Capcom’s “Resident Evil”.

And the Left 4 Dead series.

I can wax on all day and night about how much I love these two games. About how they rank up there with some of the greatest video games I’ve ever played. 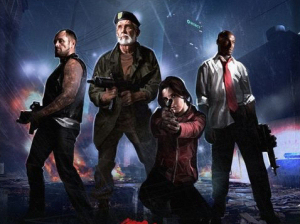 But I know I’ve only got so much space on this blog, so I’ll try to keep it succinct.

Basic premise of the L4D franchise: you’re grouped with three other survivors of a zombie outbreak, and are placed in various scenarios where you have to fight your way through endless hordes of zombies, and other infected creatures.

The game is a FPS which, at least for me, only intensifies the feeling of dread and anxiety which permeates both these games. There will always be countless instances where a swarm of zombies will run at you at top speed (sorry for all you Boyle zombie haters, these ain’t the shuffling ghouls), unless you can dispatch them in enough time with dwindling ammo.

The environments in this game also set a creepy mood, ranging from an nighttime abandoned hospital, to the sunlit French Quarter avenues of New Orleans fame. 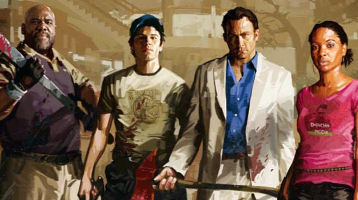 Now, of course you can just blow your way through each level, with no strategy, just picking off zombies, Tanks, Hunters, Smokers, and Witches.

::Shivers:: Don’t even get me started on the Witches.

But in my opinion, to truly appreciate this game, it should be played with three other folks, with some sort of a plan in mind. Definitely, don’t become one of those ultra tight butt folks who treat the game as if it’s a real life or death mission. 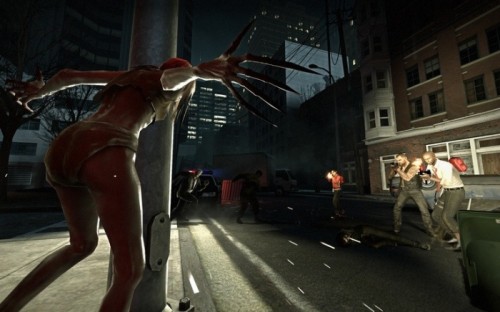 Have fun with it, but just try to have something of a plan.

Case in point: on the last level of the aforementioned hospital stage, your final fight for survival takes place on the roof of the building. You head here to await rescue from a helicopter, but in the interim, you have to fight the living dead. Final showdown and whatnot.

Before the zombies began attacking us, we wound up stocking up on ammo, setting up gas cans as booby traps, and placing ourselves in such a fashion that we could deal out the most damage to the monsters. 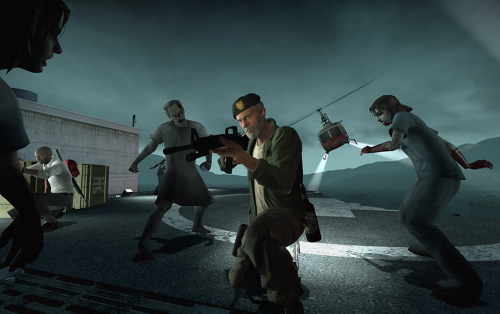 The calvary’s on its way…..

Overall this is a must have for any fan of zombies. Even if you don’t play video games, this is the game that should force you to learn how to play.

Imagine having an opportunity to recreate some of your most favorite tense filled, survival moments from any of the Romero flicks, and you have the Left 4 Dead franchise.

There were times in this game where I literally jumped in my seat, while either playing online, or playing on a LAN gaming session with three other friends.

Rumors abound about a third game being worked on by Valve. Here’s hoping it kicks as much butt as the first two installments.

Both games (along with a crapton of DLC/ downloadable content) can be found pretty much in any brick and mortar gaming store, and on Steam.

So that’s it for me. If ya can, please drop a line or two in the comments section about your own favorite co-op games. And if you’re ever on XBOX Live and want to run some rounds, hit me up.

Robert Jeffrey II is an award winning journalist whose work has appeared in such publications as UVC Magazine, JaDore Magazine, BlackSci-Fi.com, and The Atlanta Voice Newspaper. He is currently the Editor In Chief for BlackSci-Fi.com. He is a regular contributor for the Tessera Guild, and his comic book work includes client work for the Centers for Disease Control, and Nitto Tires. His comic book writing includes work on such award winning/ nominated series as his creator owned series Route 3, Radio Free Amerika, Terminus Team-Up, and Soul of Suw. He’s yet to fulfill his dream of pop-locking to save a community center. Head to his website at www.robertkjeffrey.com, and you can follow him on Twitter @SYNCHRKJ, Tumblr @robdawriter , and Instagram @robertk.jeffrey.
View all posts by Robert Jeffrey II →
Tagged  co-op gaming, Halo, L4D, L4D2, Left 4 Dead, Left 4 Dead 2, video games, xbox.
Bookmark the permalink.