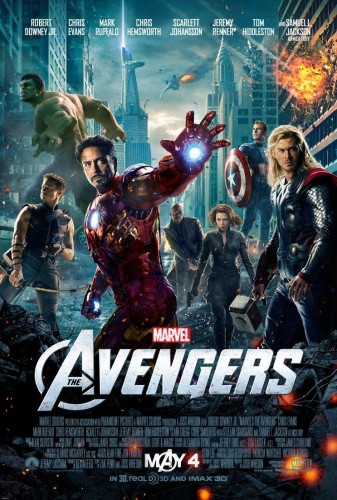 I was reading it before the rest of you even knew who Iron Man and Black Widow and Hawkeye were!

I mean, two of the first 4 comics I ever bought were Avengers related. I’m not sure why I gravitated to them more than the X-Men (who I liked, but never really loved). I think I dug the idea that the roster could change. That you’d have a couple of the Big Guns (Iron Man, Thor, and Cap), but you also got the other guys (and gals): Hawkeye, Vision, Scarlet Witch, Wonder Man, etc.

They had some of the best villains because they didn’t have to stick to “only mutants” or “only Doctor Doom” or whatever. Loki, Kang, Masters of Evil, Grim Reaper, ULTRON…

It’s really one of 3 comic series that I’m hoping to have a full run of one day. The other two I’m effectively done with (The Flash (Wally West) and Firestorm). With The Avengers the biggest gap now begins with issue 1-120 (pretty much the 60s). Mostly because those are the pricier ones. Slowly but surely I’ll get them.

10. Comic That You Love That You’ll Never Read Again

This makes me sad to even think that might be the case. I’m always hoping for a little extra time to maybe take another read through my comics. It would be a true walk through my own timeline in a lot of ways.

So the answer could possibly be all of them (or any of them). 30+ long boxes would take a fair amount of reading to catch up on (and I’m a fast reader).

I think I have to cop out on this one. It’s just too painful a thought that those old stories will never pass by these eyes again.

11. Comic That Makes You Wanna Have Sloppy Make-outs With Someone 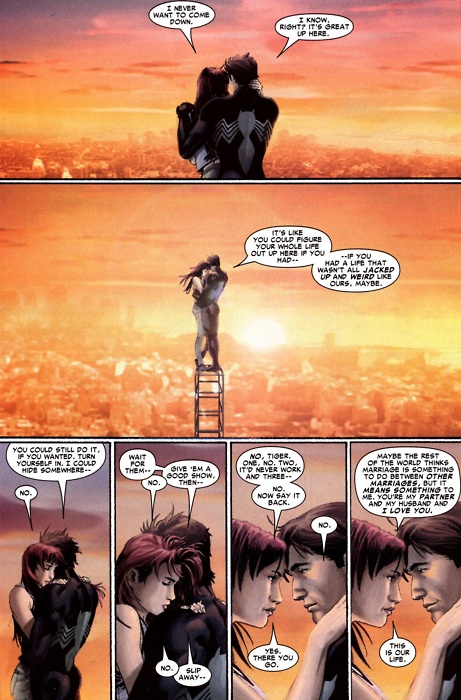 I’ve mentioned this comic before in my Spider-Man post, but I think that anyone who can invoke these feelings of love between two fictional characters has done their job. And it’s no small feat to do it with a character that others can’t figure out. They didn’t know what to do with this marriage, this relationship, and so they retconned it out of existence. Luckily I still have this issue… they can’t take that from me!

A little background as this one is very comic nerdy.

Back in the late 90s Marvel licensed out some of their comic that weren’t doing so well to some of the Image guys. These were Avengers related titles (and Fantastic Four) (which is strange to say nowadays, but back then X-Men ruled the Marvel roost and Cap and Iron Man were just kinda there). Since those comics were going to be in a new continuity, the regular Marvel Universe had a big story line which got rid of them (see Onslaught for more details).

However, just think about it. Pretty much half of your major heroes were gone and the X-Men pretty much keep to themselves. So who’s going to stop Kang or Graviton or whomever is going to try and take over the world?

Enter the Thunderbolts. This new group of heroes who arrived on the scene and saved the day against the Wrecking Crew. They were unknowns, but their leader had taken his name from an old WWII hero – Citizen V. The people of Earth needed someone to believe in. Needed someone to help them sleep peacefully at night.

And then, in the closing moments of that first issue, we get the reveal. The Thunderbolts were not heroes, they were villains. In fact, they were some of the worst – The Masters of Evil. 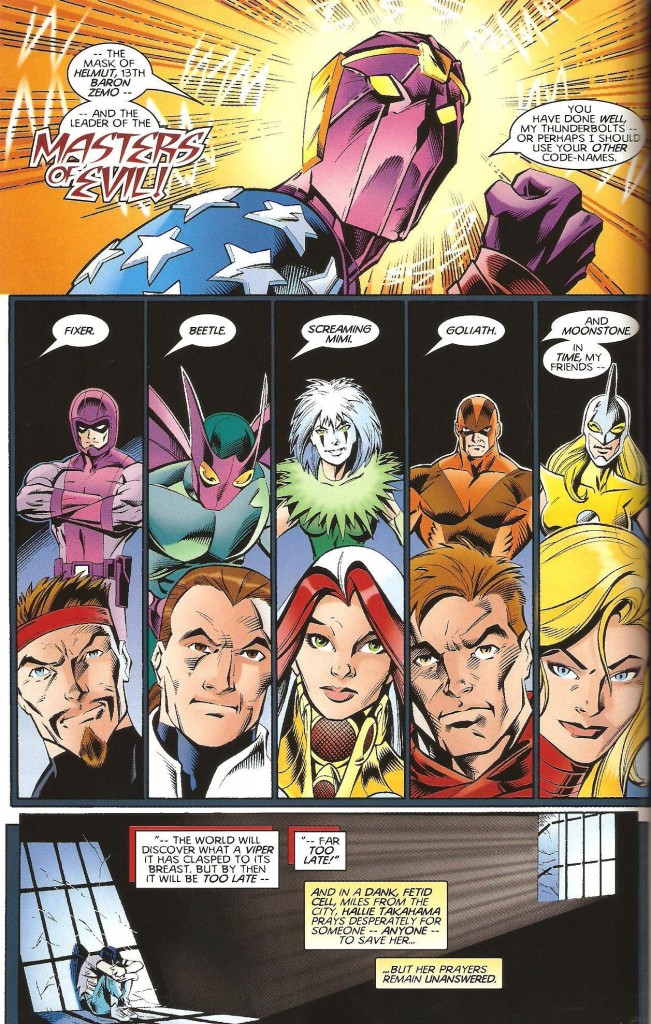 My jaw hit the floor upon reading this issue. I knew exactly who they were and could not wait for issue #2 to arrive the next month. And Thunderbolts became one of my favorite comics for a long while.