Could My Brain Be Evil?

The month of October is the absolute perfect time for that favorite pastime of mine: watching horror movies. I love the bad ones that everyone else hates and somehow only takes a couple of friends mocking it to make it seem all the better. I love the classics that everyone agree on as being the best of the best. New, old, black and white monster movies to slasher flicks to haunted house stories…

October is also a different kind of month for me. It is that last month which promises to be productive for writing before the hectic natures of November and December appear to rip every last bit of free time from me until the new year. Much like when you were in school and you had two weeks to turn in that report, but you decided to put things off day after day, because there was always a little more time there… before you know it, the thing is due and you’re up until four in the morning, blurred vision, just trying to get something on the page.

That’s how it is with my various projects.  And no matter how much I have accomplished over the last 9+ months, it’s never as much as I would like to have accomplished. I come up with plans and calendars and self-imposed deadlines, and still I feel like I’m always rolling that damn boulder up the hill. 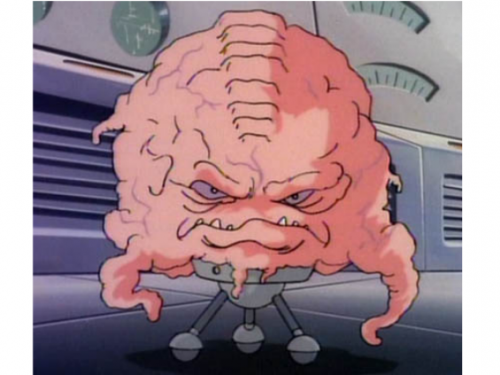 That’s when it hit me. Maybe my brain is evil?

That is the only conclusion you could possibly come to in all of this. We’ve been told throughout cinema how we can get so focused on the results that we rush headlong without actually doing all the little pieces of work. I mean, I’ve watched The Fly. I’ve read Doctor Jekyll and Mr. Hyde. I’ve read a Superman comic with Lex Luthor. You can think you’re taking a good turn before you realize it has all been a lie from the very beginning.

Maybe that guy upstairs, rattling around in my skull, is both the architect of my salvation and also the cause of all my sorrow? He plays both the angel and devil on my shoulders. I just don’t realize that they are one in the same.

If this was a courtroom drama, I would go ahead and present my case (so that’s what I’m going to do).

1 – He conspires against me as I sleep. I know that now. There is a plan I’m not privy to where he has detailed the entire downfall of my writing career. And before you think that maybe I’m just being paranoid (his fault again), let’s look at the evidence:

2 – He loves a blank page. Every time I go to start a new project he likes to linger on that first, completely clean page. Subtle little thoughts of what could appear there managed to fight off those first instincts, but that is only because of the larger plan he has awaiting me.

3 – He makes sure that I forget my good ideas, even when I write down the most obscure titles. I’m pretty sure that the title of this blog doesn’t match my original intent (but I’ll show him!). 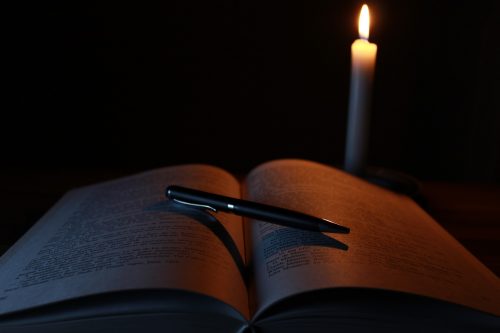 4 – He’s the one that makes me think the last thing I wrote is no good. Ideas of “scrap the whole thing and rewrite it from scratch” run across my brain like the stocks at the bottom of all the news channels. Every line I write can’t be the worst thing he’s ever read, it’s just not possible (right?).

5 – He is the master of distractions. Oh, he knows every sports team that is playing and when they are going to be on TV. Or every internet site that we “probably” should check out – for “research” purposes. Time is just a con game for him, and he is damn good a manipulating it. 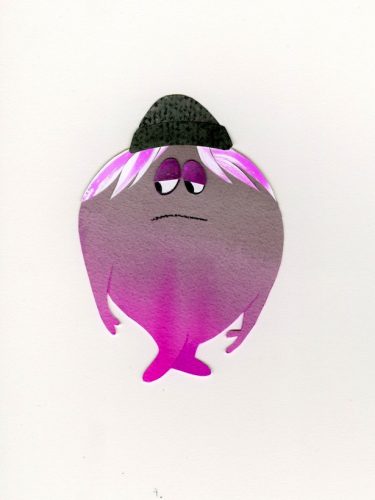 6 – He’s best friends with Guilt. Together they form a powerful duo that will not only cause you to stay up too late staring at the screen, hoping for inspiration (who, as I understand it, is just outside the front door – if only I’d let her in).

7 – He’s into torture. At 2 in the morning, when the barest trickle of something which very well might be readable, starts to show up – that’s when the yawns come. That’s when I need to go to sleep.

8 – He invites the Beast to visit. Writer’s block. Knowing he could step in and save the day, but it is too much fun for him to watch me drown over and over.

It must be the same reasoning that causes me to like all of those horror movies. My Brain loves a good tale of woe and scares. Luckily for me, I’m onto him now. Maybe I can throw him off guard, stay a little bit ahead of him, and when these last couple of months start-up I can set a new momentum. Force him to play catch-up for once.

Writer of comics and novels. In 2006 his first short story "The God That Failed" was published by Terminus Media in their debut comic Evolution Book 1. Since that time he has had stories published in Terminus Media's Evolution Book 2 and Evolution Special, Kenzer and Company's The Knights of the Dinner Table, and Four J Publishing's The Burner #3. Currently he is eagerly awaiting the digital publishing of his first creator-owned comic The Gilded Age #1 to be published online as well as his first novel The Dark That Follows later this year.
View all posts by John McGuire →
Tagged  Evil Brain, John McGuire, writing.
Bookmark the permalink.