I didn’t grow up with Christmas for a portion of my early life. Being raised as a Jehovah’s Witness (yes, I probably knocked on your door at some point) meant that when it was time for the Christmas party at school, I went home instead. When other people were decorating their houses in lights and trees, I didn’t really think much about it.

Note, I’m not saying any of that because I’m sad about it. We still got gifts, just normally it would be in January instead (our “Gift Day” where I might have gotten extra gifts due to the post-Christmas sales… sneaky Mom there). And it just was how things were.

As I’ve gotten older and married Christmas seems to have grown up around me as well. But sometimes little traditions are completely lost on me. For example, I was probably 17 before I knew that Noel was another word for Christmas. Honest. I’d never even seen the word before and then suddenly it was everywhere I looked.

Songs… yeah I know some of them, I can probably tell you the names of most, but I don’t know that I could sing you more than a couple of lines of Rudolf the Rednose Reindeer or name the others who pulled his sleigh.

I can’t wrap a gift to save my life. Though that could also be due to the fact that I’m a guy.

Even Christmas lights… we don’t put them up at my house (much to my wife’s chagrin) because while I think they are neat enough, they don’t equate to the holidays like some people.

That said, there have been a couple of things about the holidays that have become my own traditions over the years in a way to get into a more “correct” mood about it. 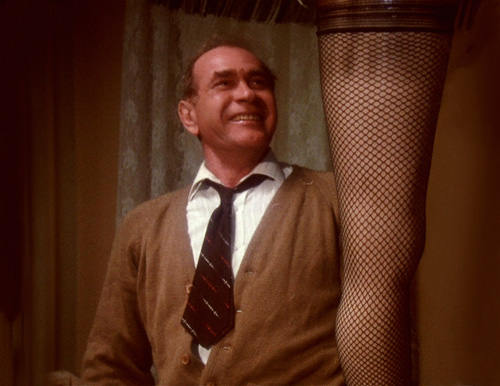 Who wouldn’t want that lamp!

Yes, it is run into the ground by TBS showing it on a loop for a full day. Yet somehow I always end up on that channel watching the kid stick his tongue to the pole for probably the 100th time in my life. I never had a Red Rider B.B. gun because I probably would have shot my eye out.

I am not a fan of Charles Dickens. A Tale of Two Cities is one of the few books in high school that I ended up not reading at all and somehow managed to score just high enough on the test we had for it (I still don’t know how I accomplished that since I didn’t read the Cliff Notes either). I read somewhere that the more words he wrote, the more money made its way into his pockets… and I believe that 100%. 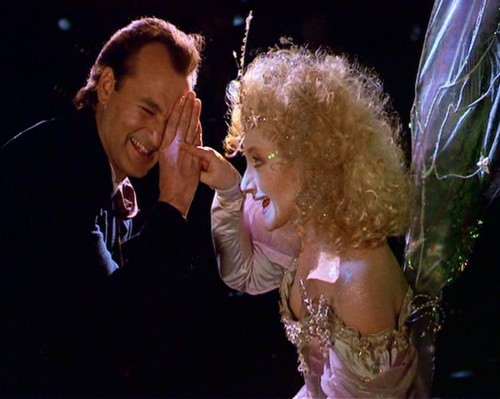 They are going to do the Curly Shuffle Next!

Until Bill Murray showed up in Scrooged. Maybe Bill Murray just makes things better and I’m blinded by my love of him, but I love everything about that movie. But the Ghost of Christmas Present is my favorite. She’s like something out of the WWE, beating Murray’s ass.

Yes, I know I said the thing about the lights, and I meant it, BUT when I was younger my Dad would come to Waycross, Georgia and take me to Dawson, Georgia. The trip was about 3ish hours long, but the route you take forces you to go through every small town in Georgia. And each town puts up their own decorations. And those little touches were what really told me that Christmas season was here. 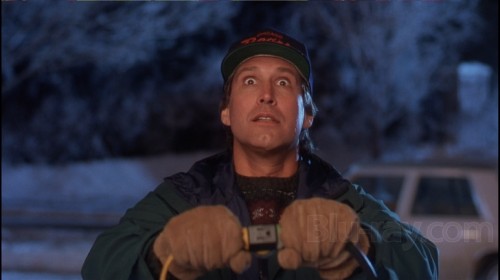 Not a picture of a tree, but Clark’s expression matches my own when we finally get the dang thing to light up.

Don’t tell my wife this, but I do like the tree. Having it up. Seeing all the crazy decorations from over the years. What I don’t like is bringing it down and setting it up. This year was the first year that the lights all came on with the first try. Normally we spend all this extra time trying to find cord A to stick into outlet Z or some such nonsense.

Seriously, could it be anymore complicated?

Writer of comics and novels. In 2006 his first short story "The God That Failed" was published by Terminus Media in their debut comic Evolution Book 1. Since that time he has had stories published in Terminus Media's Evolution Book 2 and Evolution Special, Kenzer and Company's The Knights of the Dinner Table, and Four J Publishing's The Burner #3. Currently he is eagerly awaiting the digital publishing of his first creator-owned comic The Gilded Age #1 to be published online as well as his first novel The Dark That Follows later this year.
View all posts by John McGuire →
Tagged  christmas, holidays, John McGuire, scrooged.
Bookmark the permalink.