Dragon Con always feels a bit like coming home. Even when the numbers of attendees keep going up and up, even when more hotels are added, and even when we take over more and more of downtown, there is just something about Dragon Con that makes it feel different. Long before Georgia became Hollywood South, this was the place for those actors on the shows and movies we all loved would come by for a visit. They would gather us all around and tell their stories to all who would listen.

And for a little while, the gulf between our lives and their lives disappeared.

I hadn’t thought about it much before Friday night, but I’ve been coming to Dragon Con since 1993 when Chad Shonk’s father dropped us off at the entrance to the hotel and we made our way to see Todd McFarlane.

I still have my signed Amazing Spider-Man 300.

It was my first convention. Heck, it was pretty much my first idea that such things even existed. You mean creators of the Funny Books I love to read are coming to my town? I’m sold.

About 10 years ago I convinced my wife to come to Dragon Con for a day. Serenity either had just come out or was coming out, so virtually the entire cast was going to be there. She went, had a great time, and while it took a couple of years before she would be a regular, it has become our little vacation in the city for Labor Day Weekend.

My big take aways for this year were:

This year took a different turn when the day before we were to go downtown, Courtney found a hotel room available within 2 blocks of the Hyatt. And we could get it for only Friday and Saturday night. Since we normally don’t go down until Friday and almost never go on Monday, this worked out perfectly.

Throughout the course of the weekend, we’re always amazed at the level of costumes and the creativity everyone has. Whether it is the Zoltar machine from the movie BIG to a robot controlled Stewie from Family Guy, people continue to push the boundaries for the next cool thing. Which is awesome to see, even if I don’t envy the amount of time it might take them to create. 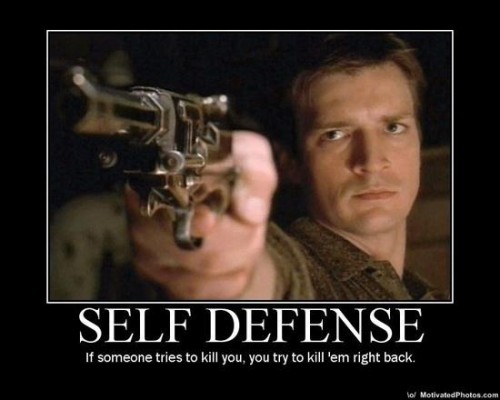 Somehow on Friday morning, even after getting there at 9:30 for a 10:00 panel, we were forced to the overflow for Nathan Fillion. No biggie. He’s honestly entertaining enough that after a few minutes I mostly forgot he wasn’t in the room… until the Feed cut out for about 10 minutes, and then when they got the audio back, it was probably another 5 before we got the visual. Not anything crushing, but not the way we want to start things off. After seeing him, I realized we’re not doing our due diligence having not seen Con Men (though it was on this weekend, so I have them recorded).

After an aborted attempt to see Wallace Shawn (Inconceivable!) and a decision not to try to fight my way into the Stan Lee panel (they started lining up 2+ hours early), we decided to venture over to the dealer’s room in an attempt to see the wares before the craziness of the weekend really kicked into gear. Last year there was a line to get in by about 2:30, so we made sure we showed up closer to when it opened at 1.

Here’s the thing about the Dealer’s room that I’ll never understand: why is it people stand in the middle of the aisles and talk to each other? I don’t mean the “hey, let’s go this way” but full conversations. Given how packed the room gets, I’d think you’d want to do such things in an area where you wouldn’t be obstructing traffic.

While Friday’s trip was more about identifying potential buys on Sunday, Egg had put me on the look out for Kevin Hearne‘s Iron Druid Chronicles which my wife pointed out after about 2 minutes in the room. I ended up speaking with Kevin for a few minutes and grabbed a couple of copies of the comic.

The final panel attempt on Friday was one for the Gilmore Girls featuring Sean Gunn. Apparently, a room which holds 350 people is not enough by about 50 people and superfan that my wife is – was shut out.

I feel like this is the second time we’ve missed out on a Gilmore Girls/Sean Gunn panel… but maybe it’s just a false feeling of Deja vu?

We dropped in on TesseraGuild’s own Amanda Makepeace (and daughter) who was busy holding down her table in the art area. Prints were flying off her table and, spoiler alert, she ended up winning the “Best Space Scene” at the Dragon Con Art Show! 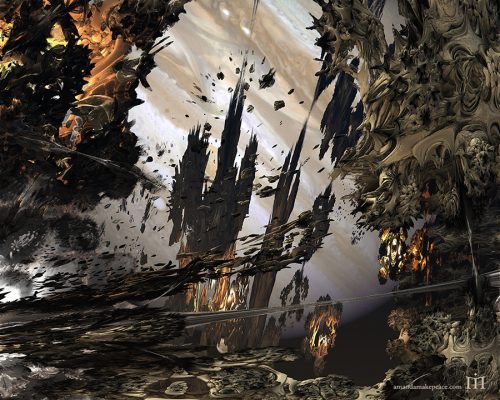 Waking up on Saturday with an extra hour of sleep (due to not having to drive into downtown) was nice. I also realized that the 10 AM panels don’t necessarily fill up (unless you’re Nathan Fillion, I guess). There was no line, the Con could let you right into the room.

John Cusack was interesting as he’d never been to Dragon Con before, but he also wasn’t there to actively promote a project. So it really became a series of questions from the audience about all of his movies. I wasn’t sure if he just wasn’t as comfortable in such a setting or what. You could tell when he was really engaged with a question based solely on the length of his responses. Possibly because he’d answered the question a million time previously, some of his answers ended up being slightly longer Yes/No responses.

Though, I don’t want it to seem like it was a bad panel, far from it. Just that many times on these type question/answer sessions the worry is always “how many questions can we get them to answer?” and this was a bit more like “I’m going to get through all the questions.”

The highlight question was:

“Do you ever get stopped in real life by someone who wants 2 dollars?” 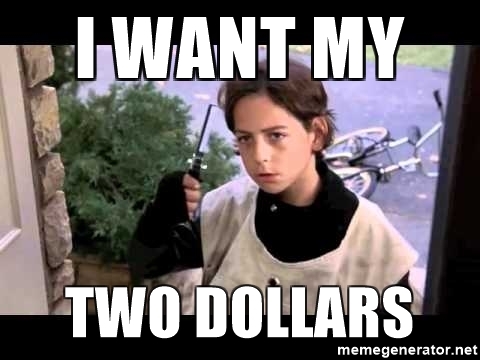 The Flash panel reminded me that it is beyond cool that John Wesley Shipp is a part of the cast. To have that link to the old show and to see how much he respects these actors and the work they put in… it’s amazing. Danielle Panabaker was definitely the star of the panel as the majority of the questions went to her (many with the questions centered around her Killer Frost alter-ego).

The highlight of the evening was supposed to be The Barrowman Show. As soon as we saw such a thing existed we were set ongoing. Apparently, everyone else at Dragon Con had the same idea and it filled up completely. I can only imagine the craziness that went on behind closed doors.

On Sunday, we began with another DC Universe panel: Arrow.

One thing about the highly entertaining Arrow panel or as it came to be called: Game of Arrow. Thea (Willa Holland) was/is clearly obsessed with the show. She had theories, she had thoughts about the end of the season. It was hilarious how she’d get going on a rant before the moderator tried to steer things back to Arrow. And then one of the others would push her to keep talking about it.

She says she wants to guest on a podcast to talk about it. I think you could do far worse than her. Plus she clearly knows her stuff. At the very least she’d bring a passion about the show!

Then it was onto a fan run panel about LEGION. If you haven’t seen the show, you can check out my review here. Lots of theories and thoughts were thrown out. I even supplied my own thoughts about the show – how maybe the reason we’re not sure of when exactly takes place is that just like any memories you have – we’re always wrong about when they take place. I mean, how many times have you thought a movie was only 5 years old when it came out over a decade ago? 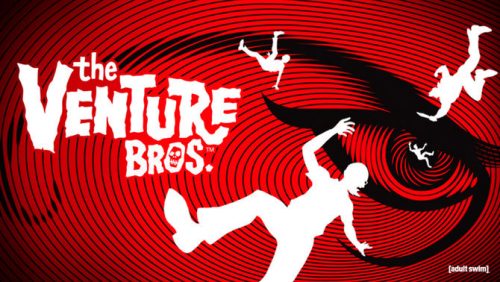 In what has become a staple at Dragon Con over the last few years, I end up closing out things in the Venture Bros panel. Regardless of whether the show has a season ongoing or about to come out or nowhere near debuting… things are going to be funny and weird. This year the panel was made up of many of the voices from the show (including Dr. Venture and Wide Whale). Sadly, Doc Hammer and Jackson Public weren’t able to be there – apparently hard at work on the next season!

So I suppose I forgive them.

They showed off a book of artwork, sketches, character designs, etc. coming out in late Fall from Dark Horse which looked very cool (and something I need to add to the old wishlist). The trailer is here.

We capped off the evening with dinner with a couple of friends where we occupied that poor server’s table for far too long, but it had been far too long since we’d seen John and Jeane, so we didn’t have much of a choice!

I also attended a writing workshop session (as well as another writing related panel – at this point I couldn’t tell you what days they were actually held!) run by Michael Stackpole: 21 Days to a Novel. I still need to transcribe my notes, but I’m interested in giving the technique a proper try on my next project.

As we made our drive back, a little of the con depression began to creep in, but considering my month of Gen Con and then this convention that might have been exhaustion more than anything else.

Writer of comics and novels. In 2006 his first short story "The God That Failed" was published by Terminus Media in their debut comic Evolution Book 1. Since that time he has had stories published in Terminus Media's Evolution Book 2 and Evolution Special, Kenzer and Company's The Knights of the Dinner Table, and Four J Publishing's The Burner #3. Currently he is eagerly awaiting the digital publishing of his first creator-owned comic The Gilded Age #1 to be published online as well as his first novel The Dark That Follows later this year.
View all posts by John McGuire →
Tagged  Amanda Makepeace, Arrow, convention, Dragon Con, Dragon Con 2017, Flash, Gilmore Girls, John McGuire, Michael Stackpole, Sean Gunn, writing workshop.
Bookmark the permalink.