4 RPG Kickstarters You Should Back – Sins, Vanagard, Pythos, and Vasty Wilds

This week I look at RPG Kickstarters for two narrative/storytelling games, two games featuring anthropomorphic animals, one high fantasy game, and one game called SINS and in my mind, those numbers total four games. Let’s count’em down!

When the world was young, the Vanir gods explored the world tree and established their home in Vanagard. Freya, goddess of life and death gave birth to her Vanfolk- anthropomorphic animals with amazing talents and unbridled curiosity.

The Vanfolk come in many forms: wolves, bears, ravens, rabbits, among many other shapes and sizes. Their home is known as Phantom-Wood and many memorable stories can be forged within this mystical glade.

More often then not, Vanfolk curiosity and wanderlust lure them beyond the boundaries of their home. As they explore the world tree Yggdrasil, adventure is sure to find them.

When faced with challenges, the Vanfolk collaborate in order to persevere. Their teamwork forges their legacy as one of the most amazing creatures to inhabit this brave new world.

To get more of an idea of the possible stories, you can visit: Vanagard Stories

Vanagard is a collaborative story telling game that utilizes some role-playing and board-game elements. At its core, it’s a game of exploration, teamwork and adventure.

2-6 players will take turns revealing story cards and weaving a continuous story that will take their Vanfolk on an unforgettable adventure. While one player weaves a tale inspired by the story card, the others will play their Vanfolk, overcoming the challenges presented. Each player at the table will get a chance to reveal a story card and will get to spin their portion of the story. If you like the stories of Narnia and Red Wall, this game is for you.

The simple core mechanics ensure that Vanagard is playable by a wide range of player, from age 7 to 77. There are 6 talents in the game, and they appear on both Nature cards and Talent cards. These talents are used to overcome the challenges presented in the scene. Runes are drawn to set type and difficulty of the challenge.

Players may create their Vanfolk characters as they play, ensuring that you can jump right into the action from the moment you open up the box.

EXTEND the game with new card decks. As the Vanfolk increase their level, add-on decks present a natural evolution to the rules. These add-on decks include magic items (relics), spells, profession cards and other goodies that evolve the Vanfolk as they embark on a series of adventures.

Add-on decks will also include new tools for the story-teller, in the form of challenge decks, story plots and many more interesting features. All of these are optional add-ons allowing you to tailor the game experience to your personal taste.

You can check out an example of BETA play on our youtube channel: Example Play and Kids at Play

We will be uploading more videos during the kickstarter, so stay tuned!”

The art is fully human-anthropomorphic Watership Down featuring beasts facing the end times; their mission would be called a forlorn hope, but there is no hope – That’s the art. The game’s synopsis is not that dark, but these creatures rendered with thousand-yard stares evoke a world that has seen too much and is hurling toward its conclusion. There is pain and a tone that screams keep it serious and meaningful at the table and tell stories with gravity and that’s what Vanagard is, a collaborative storytelling game with elements of RPG and board games. As a system, it’s the gaming smorgasbord. As a setting, I’d love to tell tales that compliment the art.

You can see examples of Pendelhaven work at DriveThruRPG here.

“Simultaneous action combat in a world of mythological fantasy, inspired by ancient myths and cultures from around the world. 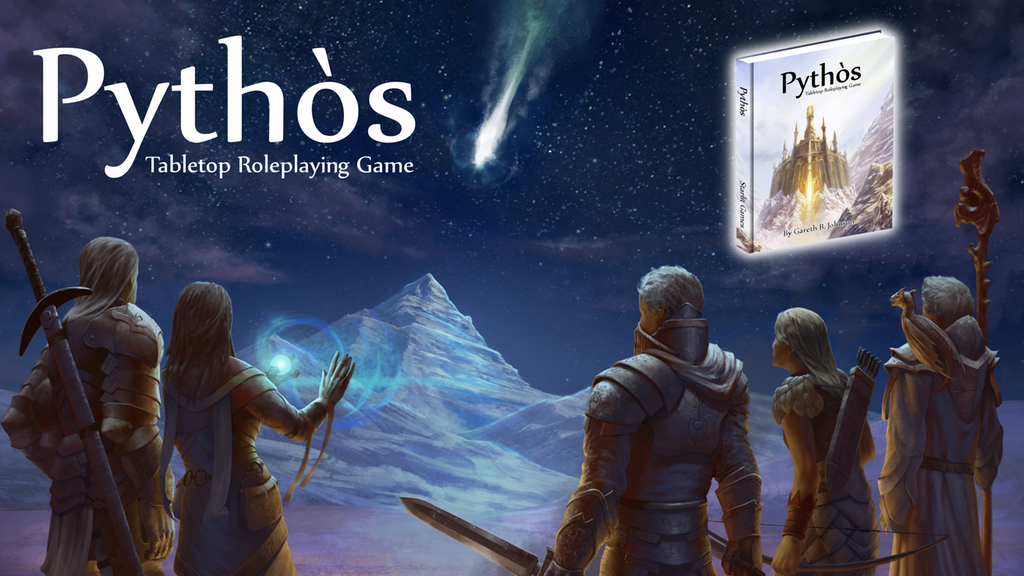 “I loved the ease of the system. Simple to pick up and use.”

“Great for a beginner to acclimate to a gaming system.”

“Removes the ‘What is the optimal move?’ discussion from the table”

(On the topic of running combat) “It is very simple and straightforward to run. I was thinking ‘There’s got to be more to this.’ It is surprisingly easy.”

Pythòs is a high-magic fantasy campaign setting, but one shrouded in a mysterious veil of powers beyond mortal control. Gods are most certainly real, but their powers are limited and their ways unknown. Very few mortals can grasp their intentions, but everyone has their own beliefs. The practice of every form of worship (or lack thereof) can likely be found somewhere.

Even more terrifying than the gods, titans of colossal size and enormous power have existed since before the first dawn on Pythòs, longer even than the gods themselves. Many believe them to be physical embodiments of the forces of nature; their immense presence is only ever felt when they awaken from slumber for short periods of seemingly mindless destruction.

The people of Pythòs, referred to as mortals, are as diverse as the people of Earth. Mortals vary in size, features, skin color, temperament, and ideals; even more so with the existence of magic and mysterious heritages. There also exists vast cultural and technological diversity, with only a couple civilizations having discovered the strength of steel, while others having not yet realized the utility of iron or even bronze.

Much of this world was inspired by mythologies and ancient cultures on Earth. Some names of locations, peoples, monsters, gods, and titans can be easily recognized by those with an eye for history and culture, while other influences are more subtle. The result of this melting pot of ideas is a unique world where many mythologies come together to bring out fantastic stories of heroes and legends, war and magic, terrible devastations and glorious triumphs.”

Contribute a legendary character to the Pythòs core book (see the full description in the “Rewards” section of the story for details), and everything included at the “Virtual Pythos with the Creator” level.

Pythos is a high fantasy setting and a new system that features simultaneous action combat. If you’re curious about the mechanics, they have a video on the Kickstarter that explains how they address action. If their system interests you, they have a wanna-lancer* pledge level that allows you to leave an impression on the game by creating a legendary character for the core rulebook.

“A card-based board game for 2-4 players aged 12+. Expand the forest to gain progress and to bring misfortune for your opponent.

“One day, the Humans had tormented the Earth until it could take no more, and the Humans ended. Then the Voles created their civilization and disturbed the smaller things of the Earth until the Voles ended as well. Now the tiny creatures of the forest compete to find the artifacts and knowledge left by the fallen empires so that they too can mess it all up in their turn.”

In Vasty Wilds, players take on the role of a small forest creature chasing after objectives in an ever-expanding forest. The player who collects all her goals first wins! The variable setup of each game means the shape of the forest (the board) will be different with each playthrough.”

Not a role-playing game or a wanna-lancer opportunity, instead I am reviewing Vasty Wilds because the art made me stop and stare. It has shades of Mouse Guard in its subject matter and palette. I’m a fan that owns the Mouse Guard comics and RPG so when I say that Chuck Stover’s art reminds me of the work by his fellow Michigander, David Peterson, I mean it as a compliment.

The art is enough to make me curious about this card/board game and I may buy it just to look at the check out the pretty pictures. If you love anthropomorphic animals and great art, click the link to the campaign.

Oh… and this art… 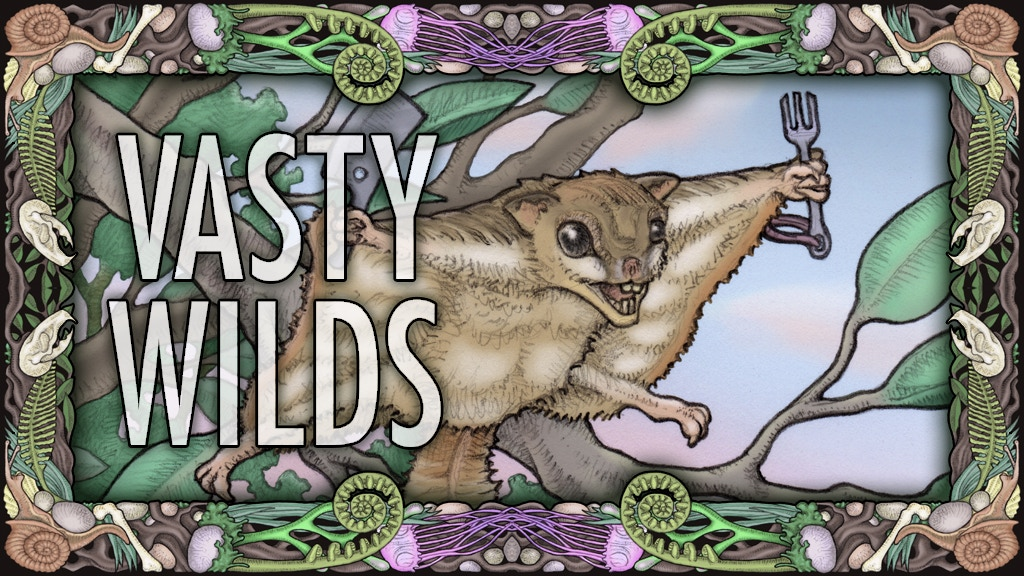 Flying squirrel with a fork. Victory!!!!! 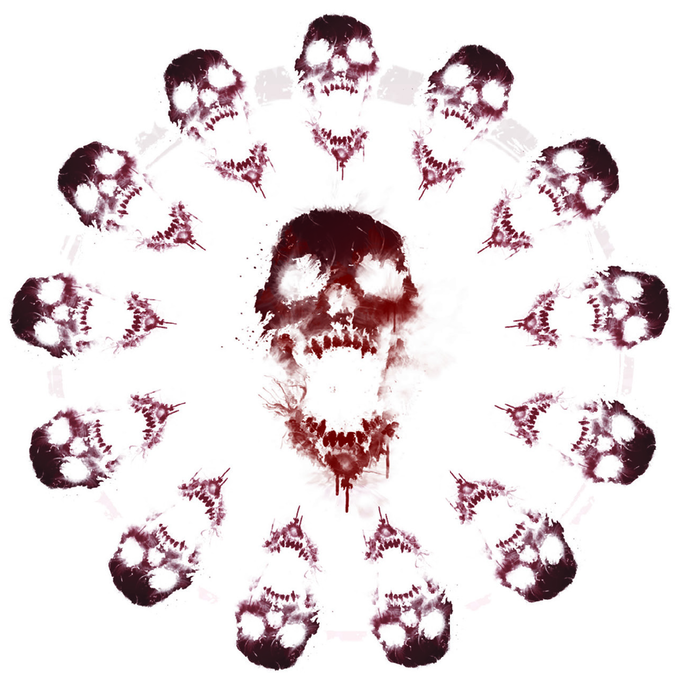 “A narrative-driven tabletop Roleplaying game focused on telling the stories of powerful beings known as Nemissaries in a dying world.

At its heart, SINS is a narrative role-playing game, specifically focused on telling the stories of powerful entities known as Nemissaries – reborn individuals back from the dead with a wealth of mysterious powers, who have risen once more to fight an eldritch hive-mind of the undying, known as the Brood, in the post-apocalyptic ruins of a 22nd Century Earth.

For all its high-octane combat and supernatural forces, SINS is a cinematic game about choice, morality and the consequences which come from wielding great and terrible power in a world desperate for heroes and leaders. It’s also about embarking on life-changing adventures, battling supernatural horrors, and often, simply surviving life in an unforgiving world fraught with danger, where even the Nemissaries’ great powers won’t necessarily protect them.” 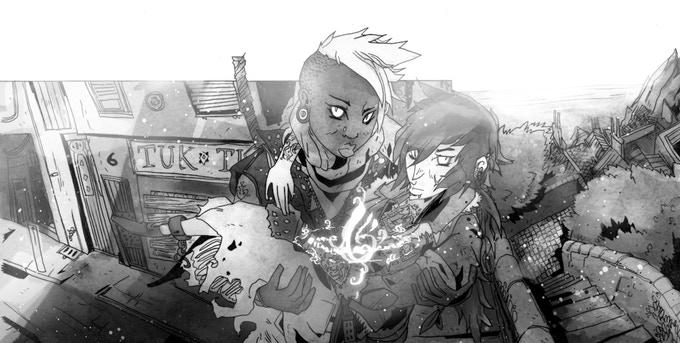 – The opportunity to liaison and work directly with our writers to have an appropriated character of your own design put into our next book and first supplement – SINS: Manifest Destiny – as a Major NPC. This character will be worked into the lore of the SINS world, and fully illustrated in the book by our artist Will Kirkby. You will also receive a print of the original artwork.
– The opportunity to have one of our writers GM a session of SINS for you. We will liason directly with you to make travel and hosting arrangements for the game. Subject to travel costs and location.
– And more.”

SINS is a narrative game set in the post-apocalypse that features great art – that skull art is tattoo-tastic – and a wanna-lancer opportunity. Your character can appear in the book as drawn by Will Kirkby. If I backed this one, I’d have to tell the story of that skull. 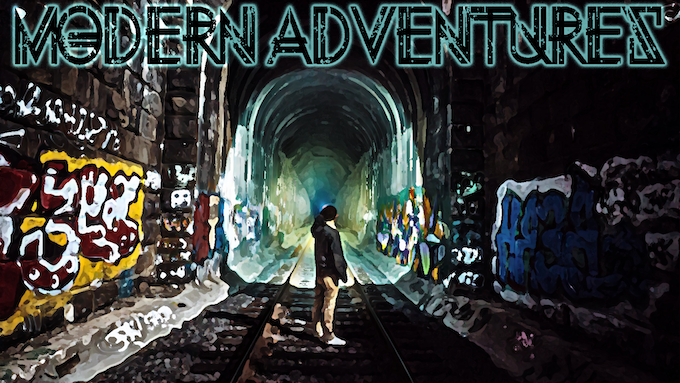 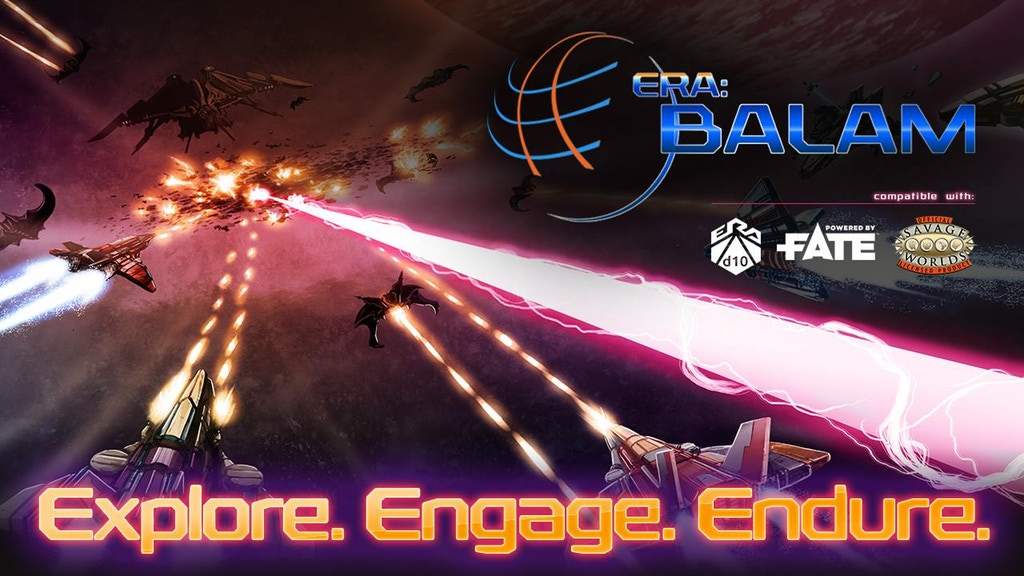 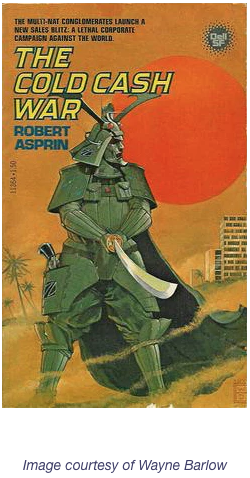 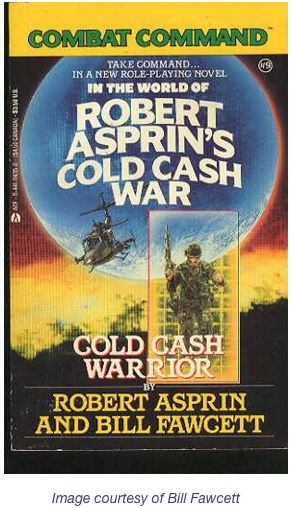