A couple of weeks ago I made my annual pilgrimage to Dragon Con. Heading to the Southeast’s foremost sci-fi/ fantasy/ cosplay/ comic book/ art expo/ geek party convention is a trip that I always require myself to take.

It’s a release of sorts for me as it allows my inner geek to chill and unwind. It’s like Christmas and Mardi Gras for nerds, and it’s fun as heck.

A place which has created a ton of fun memories including hanging with friends and now family, meeting celebrities, watching my friends run away from said celebrities (a story for another time), spending long hours in ticket lines discussing a host of nerdy topics, finding awesome deals with vendors, and getting my first shot in comics.

So to introduce this fun and crazy world to a newbie was a fulfilling experience, one I found myself enjoying a bit more than I’d expected.

My wife and I invited our nephew to spend the Labor Day weekend with us, which included taking him to his first convention, his first comic book store, and him handing my butt to me several times over in video games.

A quick rundown of the weekend:

Day One: After starting the morning with me getting my butt handed to me in the DC Comics fighting game Injustice: Gods Among Us (the less said the better) my wife, nephew, and I headed down to the greatest convention on Earth.

Most regular attendee’s to the event understand if you wait until the day of to buy tickets for the event, then you’re sort of S.O.L in terms of having to wait in a long line. No biggie, but it just requires you to be extremely patient.

But if you’re my nephew, possible frustration is trumped by excitement as a result of the unofficial parade of cosplay that’s on display. This kid was constantly picking out favorite characters from such animated offerings as RWBY and  Steven Universe. Taking pictures, pointing them out to my wife, and just having a great time in line. 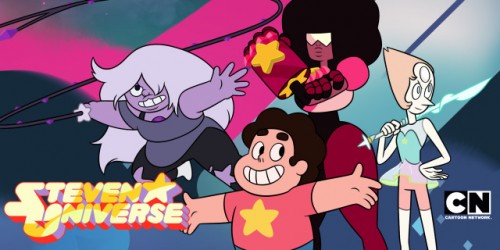 This excitement carried on into the day, as he continued to take pictures galore of the event, and had his mind blown when we hit up the vendors area where he bought a Steven Universe sword, and a set of customizable Lego’s.

He was so hyped that we wound up taking him home halfway through the day, as he was filled to the brim with geekery.

Day Two: After breakfast at Golden Corral (where you can find a breakfast of champions for folks like myself who love to chow down) my wife and I decided to take my nephew to the local comic book store in our area. Here was another first as he’d never been to a comic book store.

Are we an awesome aunt/ uncle pair, or what?

This kid’s mind once again was blown as he walked around the shop, taking in all of the superhero related merchandise adorning the store. When I showed him an Avatar: The Last Airbender trade paperback he was extremely excited, as this series and The Legend of Korra are personal favorites of his. The smile that stayed on his face when we bought the book for him will be an image that’ll stay in this ‘ole noggin for a while. 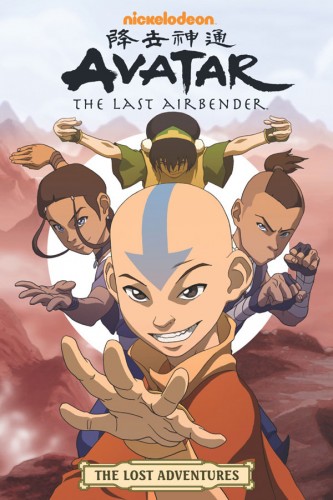 I tried to keep that  smile in my head as he continued to kick my butt later on in Injustice. Seriously, no one should be that dang good when it comes to that game. 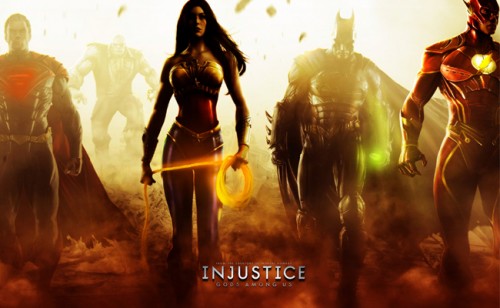 Present: Fast forward to a family get together we had last weekend, and my wife calls me into the room to see something my nephew has.

He hands me a Manga that he’s drawing/writing, and as I flip through it I’m getting extremely proud of this kid. Not that I wasn’t before, but this just added like 10K more cool points for him in my book.

So to the organizers of Dragon Con, and our local comic book store: thanks. Looks like you might’ve inspired a future creator to take his first steps into creating comics.

And that’s never a bad thing.

Robert Jeffrey II is an award winning journalist whose work has appeared in such publications as UVC Magazine, JaDore Magazine, BlackSci-Fi.com, and The Atlanta Voice Newspaper. He is currently the Editor In Chief for BlackSci-Fi.com. He is a regular contributor for the Tessera Guild, and his comic book work includes client work for the Centers for Disease Control, and Nitto Tires. His comic book writing includes work on such award winning/ nominated series as his creator owned series Route 3, Radio Free Amerika, Terminus Team-Up, and Soul of Suw. He’s yet to fulfill his dream of pop-locking to save a community center. Head to his website at www.robertkjeffrey.com, and you can follow him on Twitter @SYNCHRKJ, Tumblr @robdawriter , and Instagram @robertk.jeffrey.
View all posts by Robert Jeffrey II →
Tagged  Comics, convention, DragonCon, injustice: gods among us, RWBY, steven universe.
Bookmark the permalink.