Ages ago when I lived in the real world, I had a crap-ton of cats. I mean…a lot…as in too damn many.

They swept in and out of my life like ocean waves. Sometimes the tide would rise (12 cats when I was a kid) and later recede (as I type this, only 2 are left.)

They’ve been a constant fixture in my life. I admit I’m not really sure what’ll happen when the last two go. Maybe I’ll get more, maybe not. We’ll see.

Look, I get it that dudes having cats is pretty much the end of the world.

Here’s a glimpse of my cat army, past and present: 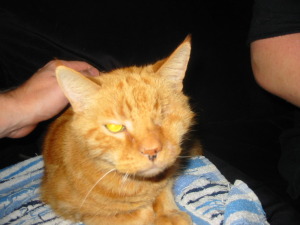 Let’s start WAY back, as in almost 20 years ago. This here is Pumpkin, codename: Mr. Bitch. He lost his eye due to surgery, but lasted many years afterward. 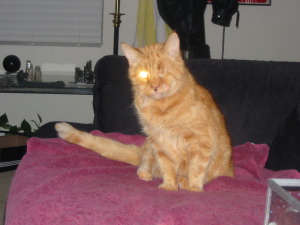 The fun thing about Mr. Bitch was that even after he was fixed, he would try to have sex with all the female cats. They didn’t seem to mind. I guess you can’t keep some guys down. 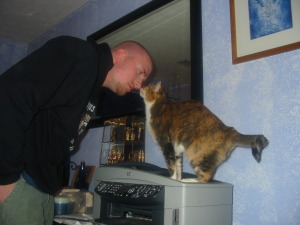 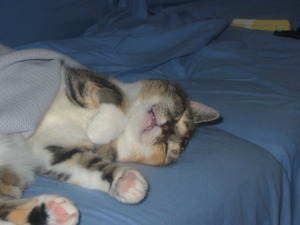 Kong caught napping. This little cat would dream so deep she’d shiver. No doubt dreaming of Mr. Bitch gettin’ his groove on.

This here is Giblet, codename: Jibby. And yes, that’s a human head she’s living on. 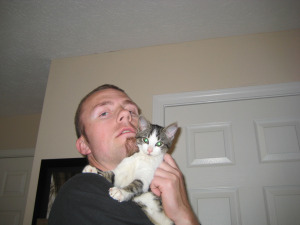 Jibby was a nutty animal. Not quite right in the head. She eventually ran away. I still like to think she’s out there doin’ her thing. If she’s alive, she’s only 8 years old, so maybe… 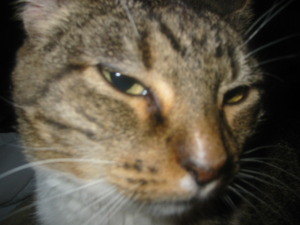 Now let’s talk about Chitlen, aka: Cheezy, aka: Chang. She was badly inbred and insufferably dumb. But damn she did funny stuff. Every time anything in the house would make a hissing sound, she’d go bonkers and meow…forever. 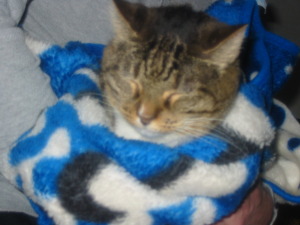 Cheezy wrapped up in a Cubs blanket. Lil’ fatass could sleep anywhere, anytime. 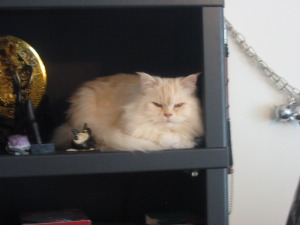 Introducing Angel, alias: Da Terre. She never really fit in with the rest of the troops. In an army, she’d be a spy, a sniper, a lone wolf. She may very well have been the smartest of them all. It’s probably important to mention this shelf was about 6 1/2 feet off the ground. 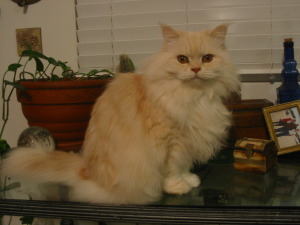 I mean…I guess she was kinda pretty. A cameo Persian, they called her. 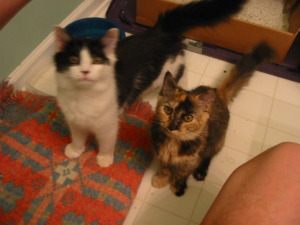 Link and Melba. Named for the Zelda character and the toast. Found these two at a softball game. I think they were bro and sis, but who knows? 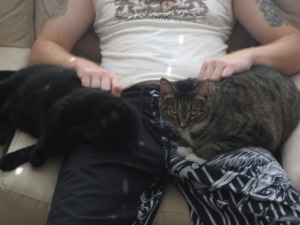 That’s Cheezy on the right, and Braids (aka: T Nigs) on the left. I couldn’t even sit on the damn couch without them showing up looking for handouts. 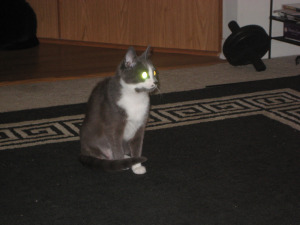 This one still lives with me. Noodle is impossibly stupid, but undeniably the nicest animal you’ll ever meet. Also, she smells bad. 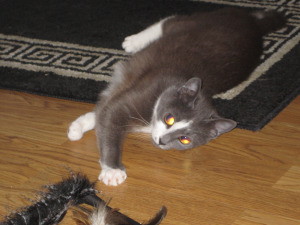 ‘Derrrrrr, whad am I s’posed to do wit dat?’ 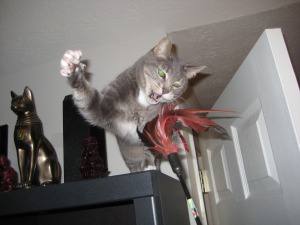 Now let’s talk about my BFF, my main cat, my little pardna in crime. This is Sticky, aka: Sticks, and even though she’s blind now, she’s still a lunatic. 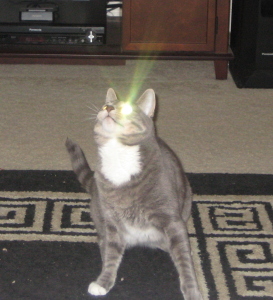 This is Sticky fighting UFO’s with her death-ray vision. 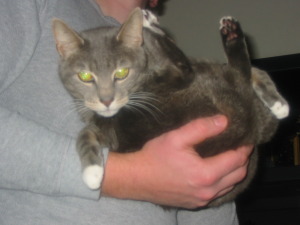 She also makes for a great movie-time snack: Pretzels. 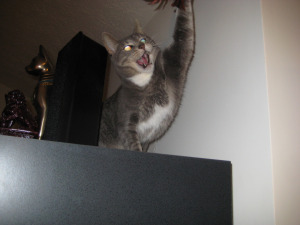 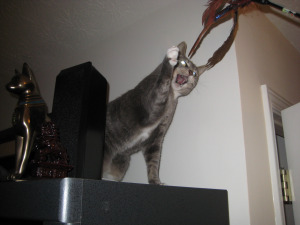 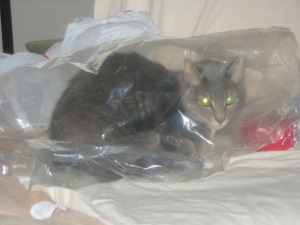 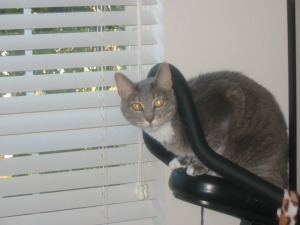 And random shots of the army at work…and asleep: 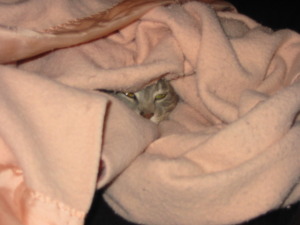 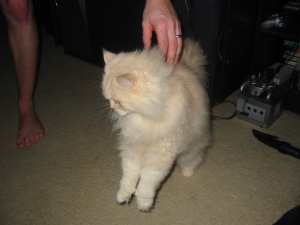 I’ve had about 35 cats during various phases of my life. Alas, I don’t have pics of most of them (leastways not digital ones.)

Most of them have passed on.

But they’re still troops in my army. And always will be.

And when I reach the point of having no pets anymore (probable considering my plan to move) I’ll remember these little mofos.

Sadly, in this book, all the cats are GONE.

See you next time.