Further Tales From the Cubicle

When Star Wars got into the online gaming experience, many of my friends (me included) rushed out and bought a copy of the game. We loaded it up and tried to coordinate as best we could so that we might adventure together. And it was fun, for a while.

Eventually the fact that you couldn’t just be a Jedi drove many people away. And I slowed playing because when you can only play a couple of hours here or there while everyone else is spending hours upon hours on the game… well, you get left behind in a hurry.

That being said, two of my co-workers also played the game leading to many lunches where we would discuss (or they would discuss and I’d listen) how to do certain things, whether there was a mysterious “quest” you could go on and become a Jedi if only you found certain clues (as far as I know, you could not do this), and just how to make the most abusive characters in general.

One of those friends was able to make creatures for himself and others in the game. Basically allowing you to have a “buddy” with you at all times. Through gene-splicing and bio-something or other, you could make all sorts of super strong critters. One of which was a dinosaur looking guy who he named Floody. 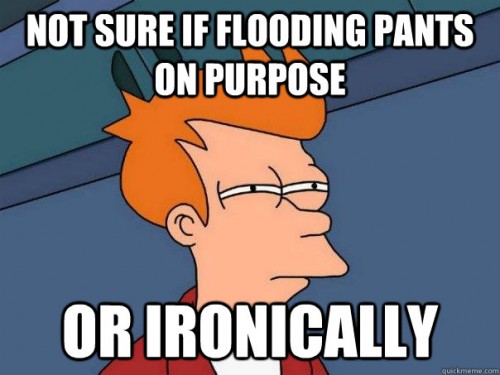 To understand the meaning behind that name, you’d have to go and look at another of our co-workers. For some reason, which we could never comprehend, his pants were never quite long enough… and if 3 guys are noticing something like that, there probably was a problem. They were high enough that you might think he was expecting a flood (hence the name). So in casual conversation we started referring to him as Floody.

Now Floody was a strange bird. Peculiar. Nothing necessarily wrong with him, but he’d do things that’d make you scratch your head – ask questions about a project and then, after you answered him, go and find someone else “in the know” to answer the same question. He’d wander around the office looking for someone in power to talk to, not listening to your knowledge of the answer.

Kinda frustrating to say the least.

So when this dinosaur got the name Floody, we thought it funny. Then we realized that the dinosaur wouldn’t follow orders from a character. He’d wander around aimlessly, running into fences and getting stuck. In short, this was not one of the better creations to go adventuring with. But it was so damn funny to see that of all the creatures this guy created it was only Floody who he seemed to have any problems with.

At that same company a new sheriff eventually came to town and our corporate overlords decreed that we must have Safety Meetings to ensure that there were no accidents out in the field. And whether you were a field employee or stayed behind a desk most of the time… you needed to attend. 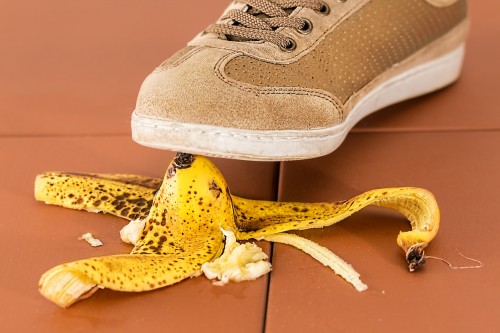 And hey, it makes sense. We’re out there alongside traffic (high-speed traffic in many cases). We’re climbing down embankments to check out pipes. Places where snakes and spiders and all sorts of other animals might be living/hiding. So being told to wear your hard-hat and vest was a good thing. Being told to pay attention to your surroundings was a good thing.

I say all of this to now say – they went WAAAAAYYY overboard with all of this. We had to have monthly meetings (maybe they were bi-monthly, but they felt monthly) where we’d discuss office style accidents that could happen. And again I understood (though was annoyed), as there was a small possibility of maybe hurting yourself lifting an item that was too heavy.

But the final straw, the one that made me realize they’d lost their mind and traveled directly from a Dilbert dimension, was when we had an emergency Safety Meeting because one employee had tripped…

In her own office.

We had a meeting about that. I’m not kidding.

We had a meeting to try and address why it happened (she effectively tripped over her own feet – something I have done a hundred times if I’ve done it once). Something we’ve all done from time to time. It is called an accident for a reason!

But that wasn’t the worst part. The worst part was listening as they tried to figure out ways that this could have been avoided.

(Not move once you are at work was the only sure-fire way I could see it working.)

So much time wasted.